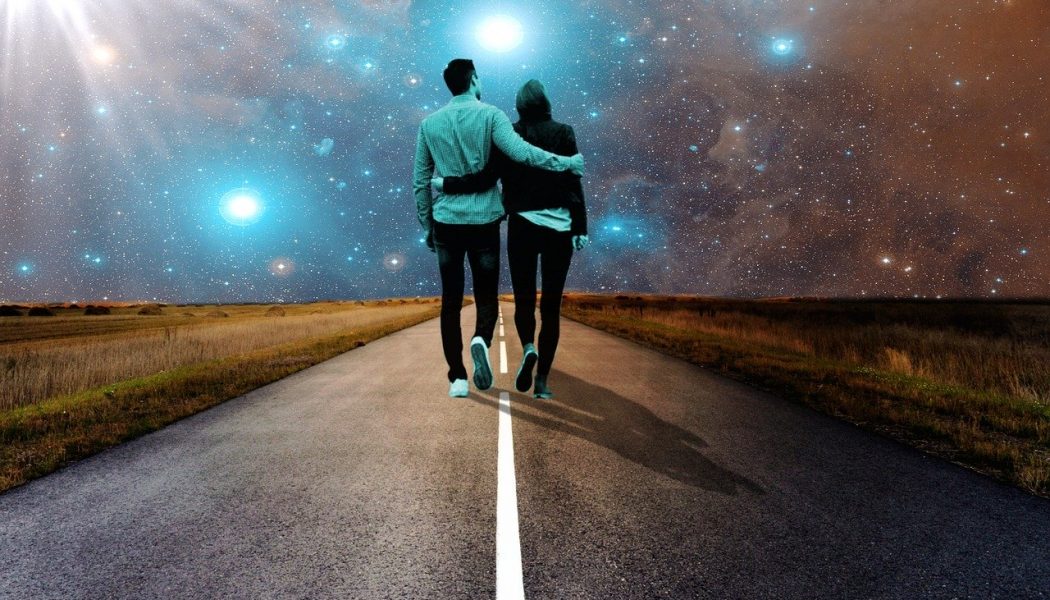 Did thought create the universe?

We can probably all agree there is a universe, or at least SOMETHING. There at least seems to be thoughts being thought about that something. We know our thoughts and senses perceive it accurately enough as evidenced by all we’ve been able to do and build. There is also an obvious evolutionary survival advantage to accurately diagnosing the world.

But could thought have created the universe? Could it be the first, most essential element? It doesn’t seem so. First, every process that has been behind every phenomenon that we have come to understand has turned out to be purely natural, mindless physics. Second, all thought we know of occurs in brains. We know of no consciousness without a physical substrate. Further, we know that when you’re tired your consciousness is altered, that when a part of your brain corresponding to a certain function is damaged (say facial recognition), that function is damaged or gone. The “immaterial soul” can be bisected with a knife and altered by chemicals, blows, electricity, or lack of oxygen. We can see brain activity lit up in machines. It seems consciousness (though we don’t understand subjective experience completely) is an emergent property of the material. It’s neurons firing.

Where did “God” come from?

Does it really make sense: a super mind was alone and bored forever, and then for some reason one day created an experiment to lord over and play hide and seek with? Doesn’t it make more sense that a universe came first, and minds are things that evolve in universes? If you ask what or who created the universe and you answer “god”, there is then the problem of who or what created “god”. How could you have access to that knowledge and reliably demonstrate this being’s existence and nature? Which god? Could “god” be an unconscious force, the sum total of the universe, or just advanced alien life? Could god be mortal and dead now? Could there be an afterlife and no god and vice versa? Don’t omnipotence and omniscience conflict logically? Doesn’t god explain complexity with more complexity, a mystery with a bigger mystery? Isn’t this a non-explanation which merely shifts all the same questions from the universe to “god”?

You will inevitably hear: “God always existed.” Well, why can’t the universe be the thing that’s always existed? It’s simpler than a god with much clearer and greater evidence for its existence. The Big Bang Theory tells us that the universe used to be very small, not that the universe started there from nothing. It could have always existed like that. Matter and energy are interchangeable, and energy could be eternal, as well could be the quantum foam. We could go through cycles of eternal expansions and collapses per a lot of Eastern mythological ideas. Or, it could have been a phase transition from another universe. Our universe could have been a quantum fluctuation birthed from another universe that’s part of an eternal multiverse.

Whether it’s the universe indicated by inflation or the Many Worlds interpretation of quantum physics, the multiverse is where science seems headed, with many physicists subscribing to some form of it.There have even been impact circles in the microwave background that it’s been speculated could be impacts from another universe. And though the multiverse does invalidate the so-called fine-tuning argument, there’s plenty more left to address it:

We’re microscopically small in time and space (via the Copernican principle we’ve continued to have our imagined importance and centrality in the universe refuted). The universe is mostly lethal and inhospitable to known life (imagine a house being built for the purpose of a feeble electron within that house). The parameters of the universe may HAVE to be what they are, there may be things we are yet to understand about them. One could point out a person’s family history consists in many random meetings and sperm/egg combinations but that doesn’t mean they all happened just so they could be here. There are many planets in the Goldilocks zones of many billions of solar systems-no miracle.

Ninety-nine percent of life has gone extinct (and for most of the history of our earth there was only simple, single-celled life-what was God waiting on, why did he create dinosaurs for millions of years then wipe them out?). The universe is always trying to kill us. Many things in our bodily designs via evolution harm us. A god would not need fine-tuning. The theist explanation is one among many and makes extraordinary claims without even ordinary evidence. We don’t have any universes to compare ours to speak of its conditions. There could be many kinds of life that could survive in other conditions apart from ours. The parameters of particles seem to be random and a mess and there are many settings that don’t have any relevance to life.

What science shows us

What science keeps telling us is things are bottom-up and evolutionary: from life to the mindless formation of stars, solar systems, and planets. Complexity doesn’t necessarily mean design, and things we may think look designed have been shown to have been formed by bottom-up mindless natural processes. It’s also a fallacy to compare things humans make like watches and paintings with nature. The same with cause. The universe may have a cause or not. The cause could be natural. Nothing in science shows the universe needing anything outside itself to exist.

We see cause and effect within our universe, within an arrow of time, but that does not mean cause applies to the universe itself. Within the universe, we now know motion is the primary state of things and no Aristotelian prime mover is needed. Every man has a mother, it doesn’t mean humanity does. We don’t know when time started or if it did. In quantum physics cause seems to play no part (same for purpose or goals), with photons appearing with no apparent cause, matter and anti-matter annihilating and re-appearing from nothing and virtual particles popping in and out of existence and existing in multiple places at once. So maybe something can come from nothing.

But “God” is SOMETHING right? On what basis is the special pleading applied to him as the exception to the asserted “complex things need a creator” valid? And what did god create the universe from? Nothing it would seem. Human creations are re-arrangements of existing matter. Theists assert a super immaterial being who exists for some unknown reason spoke matter into existence; they are the ones who believe in magic. They think their purpose is to somehow be in bliss while being on eternal bended knee to a master who has billions of good people and loved ones held in torturous flames forever. They think the supposed creator of parasites, childhood cancer, and hurricanes, a being of all-too-human hatred, vindictiveness, and indifference, is “loving”. It looks to me like an anthropomorphic projection born of cosmically microscopic human fear and ignorance.

The fact is there may HAVE TO BE something. Something may be a more natural state than nothing. Pure nothingness is hypothetical and its possibility undemonstrated. Empty space is full of potential something in energy and particles, and gravity and evolution are natural sculptors even amidst entropy. Another fact is that no theory or finding of science includes “god”. Science finds and needs no god to explain anything. Further, faith is a very unreliable path to truth, leading to multiple contradictory and unresolvable conclusions. It is a poison to the enterprise of systematic doubt that is science. That enterprise that, unlike religion for all its millennia of hegemony, really does improve people’s lives with justified hope, health, and opportunity. That enterprise that has actually made progress and has a reliable and verifiable means to keep making it. That enterprise that has actually uncovered facts about the world and substantiated its claims. Let’s continue that noble quest.