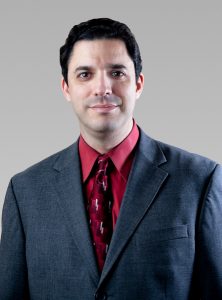 Atheist Alliance International (AAI) is delighted to announce the appointment of David P. Silverman as Executive Director from Oct 11, 2019. David will report to AAI President, Gail Miller. He will oversee campaigns and assume responsibility for growing AAI so the organization can do more to make the world a safer place for atheists.

David has 22 years’ experience as an atheist activist. He was awarded the Richard Dawkins Award in 2017 and created the phenomenally successful Reason Rally—the 2012 rally was the biggest gathering of atheists in world history. He is the author of Fighting God.

David has appeared on many U.S. TV shows, including The O’Reilly Factor when Bill O’Reilly famously explained God must exist because He makes the tides go in and out! David has debated leading religious apologists and has appeared in two Oxford Union debates.

“David is a well-known public atheist, a powerful leader and a compelling public speaker. He has proven management and organizational skills including leadership of national & local organizations in the U.S. He is a personality who makes things happen.

He will grow public awareness of AAI and our campaigns, he will help the board develop strategy and he will help manage campaigns to ensure they deliver for atheists everywhere.

I’m thrilled to have him on the team.”

“I’m honored and humbled to have been selected to lead the wonderful activists of Atheist Alliance International. There is so much work to be done and so many lives that can be dramatically improved through the programs at AAI! I can’t wait to get started making the world a better place for atheists and the people who love them.

I am also thrilled that my new team includes amazing activists who are joining the AAI team with me:

The world lacks and needs an international Firebrand Atheist organization, speaking for atheists and against religious tyranny on a global level.  The newly revamped Atheist Alliance International will take on that role with pride and gusto. It’s time to save the world from religion.”

Asylum for Atheists & The United Nations High Commissioner for Refugees