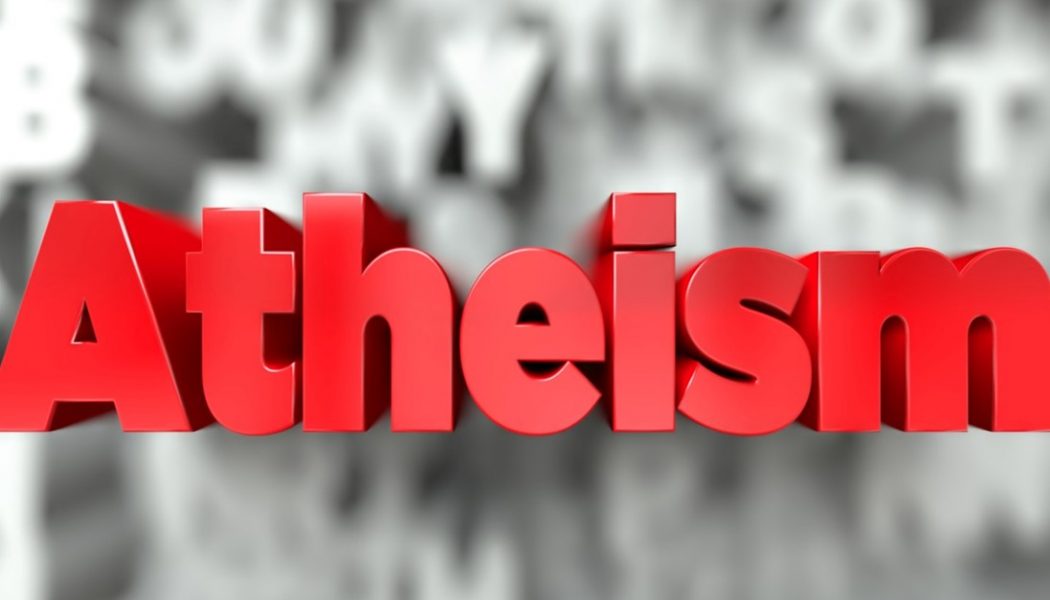 We don’t know when the first theists appeared among humankind although there is some evidence it was at least 60,000 years ago. We don’t know where or when it happened, but we can imagine one of our distant ancestors stretched his arms skywards and cried for help. Triggered by the death of a loved one, or impending disaster, he begged something bigger than himself to stand by him. That act triggered a cultural change that grew and evolved until it dominated almost all human societies. It is still with us today.

This is fanciful, we don’t know how theism came to dominate human societies for millennia. But it did and before it happened, humans managed without gods—we were atheists.

We know most, but not all, humans embrace a belief in gods very readily. It doesn’t much matter what those gods are. They could be inanimate objects like mountains, rivers, winds, or heavenly bodies, or powerful animals or superhumans, or even monstrous part-animal, part-human fabrications. They can even be invisible and immaterial—it doesn’t seem to matter as long as we believe they have powers that we lack.

Nor does it matter what those gods demand of us. They might tell us what to eat, how to dress, how to cut our hair, or how to cut our genitals. They might even demand we sacrifice animals, or bury children alive in the post holes for new buildings, or cut the beating hearts out of young girls. Whatever our gods ask of us, we oblige, and we are sure it is right.

For as long as we have had gods, we have had skeptics. These are people who are not content to be told there are gods living on the peaks of Mount Olympus, they demand credible evidence that it is true. From the ancient world, we can point to Lucretius, Epicurus, Thucydides, Diagoras of Melos and others. The Middle Ages in Europe was a dark time when admitting doubts could lead to accusations of heresy and death, perhaps by burning at the stake. But the Enlightenment lifted the veil and more atheists surfaced, among them great thinkers like Baruch Spinoza, David Hume, Denis Diderot and Baron D’Holbach.

Nowadays, we find atheists in every walk of life. From entertainers like George Carlin and Julia Sweeney to entrepreneurs like Bill Gates and Sir Alan Sugar, from novelists like Ken Follett and Philip Roth to Nobel Laureates like Linus Pauling and Peter Higgs. Atheism is no longer the reserve of the intelligentsia and philosophers, now you may find your gardener and your childminder are atheists (mine are).

In many countries of Europe, theists now make up less than half the population, less than 25% in some cases. Similar changes have occurred in Australia, New Zealand, Canada and Japan. We could describe these changes as organic—they have just happened naturally as religion has withered on the vine. In other countries, such as the former Soviet Union countries and China, religion declined as part of government policy. A Gallup poll of 149 countries in 2009 found Estonia to be the least religious country in the world, with 78% of people saying religion is not important in their daily lives.

There are two parts of the world where theism is stubbornly resistant to change. Africa is one. The least religious sub-Saharan country is South Africa but there only 15% of people say religion is not important. Move north from South Africa to the mainly Christian countries and we find the number who find religion not important clustering around the 5% mark. The Islamic countries are even lower, some as low as 0%.

Islamic countries generally are resistant to change. But here we have to be more cautious. It is a criminal offense in most Islamic countries to leave your religion and penalties can be severe; the death penalty can be imposed in some countries. With this background, it is hard to trust the poll data—people may be reluctant to be honest. Even so, some of the richer Islamic countries report surprisingly high levels of disenchantment with religion. For example, Syria has 9% of people who say religion is not important and the UAE is at 11%.

So, the world is changing. It seems to be dividing into two camps, the religious and non-religious. As this drama plays out, Atheist Alliance International stands for a rational world free from superstition and religion. We believe people have to find their own way to reason but we can help with education, and by supporting those who have left religion behind, especially where theists disparage, intimidate and discriminate against them.

NEXT: What is atheism?
Looking for books on atheism, critical thinking, evolution or ethics?