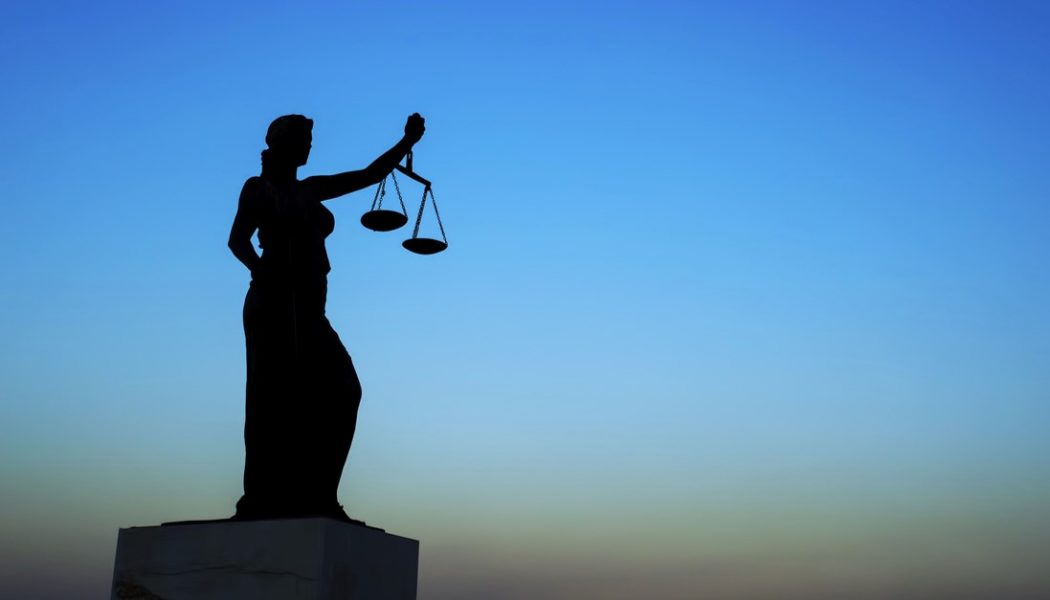 Many theists believe it is clear-cut. Humans can only have opinions about morality, and no one’s opinion is any more valid than anyone else’s. This leads them to the conclusion that an objective source of morality must stand apart from, and above, humans. That source, they say, is God. Since atheists, reject God, atheists can have no basis for morality.

This is really two separate arguments: (1) that God is the source of objective morality and humans can learn morality from God and (2) that humans on their own have no way to know what is moral and what is not.

Does morality come from God?

For morality to come from God, God would have to exist. Since we are still waiting for a god’s existence to be demonstrated, this entire argument is moot. We could end the argument there, and tell theists to come back when they can show at least one god is not a figment of overactive imaginations. However, to explore the argument, we can assume a hypothetical god does exist and see where that takes us.

If God is merely an agent advocating some universal morality, then morality exists independently of God and, given enough time, humans could discover it through reasoning. In this case, we would not need God—the only role for God would be to help speed up the process of discovery. God would be unnecessary.

On the other hand, if something is moral because God commands it, and for no other reason, then morality is arbitrary. We would be unable to reason our way to such a morality because it would not be based on reason. Furthermore, God could change his mind at any time, and reverse earlier moral commands. In this case, God would be necessary for morality, but morality would not be objective, it would be wholly subjective.

Some theists do not attempt to claim that divine morality is objective. Instead, they accept that God’s morality is inherently subjective and arbitrary, but there are fatal problems with this position too. The first problem is we have to decide which god we should take our morality from (more properly, which god and which religion). This is not a trivial problem.

Let’s say we have a few hundred gods to choose from and a few thousand religions. Look at them all, and you will find a core of common moral commands, but there are disagreements even within the core commands. For example, all religions outlaw killing humans but they all have exceptions where killing is permitted, and the exceptions vary between religions. For example, the god of Abraham permitted killing gay people, and the Aztec sun god permitted killing young girls in acts of sacrifice.

Move beyond the core moral commands that relate to homicide, theft, and assault, and into areas such as marriage, the treatment of children and sexual behavior, and the discrepancies between religions become enormous.

How then, should you choose a god and a religion from which to source your morality? You could try to find a god that exists and a religion that is true, but there is no known way to determine these things, so whatever you decide will be necessarily arbitrary. In fact, most people resign themselves to making an arbitrary decision by simply following the god and religion their families follow.

If you accept that a god’s moral commands are necessarily arbitrary, one option is not open to you—you cannot examine the moral commands of different gods and choose the one that makes sense to you because when morality is arbitrary, your moral intuitions are rendered worthless.

Followers of large, world religions might console themselves that a billion or more people share their morality, and that must account for something. But it does not. For a start, truth is not a democracy. The fact that many people accept an idea does not make it true. It is not even true that followers of any particular religion share the same morality. For example, there are some 2.2 billion Christians, yet we could write a long list of moral issues on which Christians take divergent views (despite all believing in the same god and all reading, more or less, the same scriptures). Just three issues will make the point: abortion, the treatment of gay people and the role of women in the church.

There is only one fair conclusion here; if you truly attempt to take your morality from a god, you have no idea whether your actions are moral or not. You are swimming in a sea of confusion and moral uncertainty. Quite honestly, you are lost.

Can we be moral without God?

If relying on a god, makes morality impossibly difficult, what happens when we take gods out of the picture entirely?

The first point is, behavior can only be moral or immoral if it affects other humans. No matter how you treat a rock, your actions are neither morally right or wrong. Actions have a moral dimension only when they affect other humans (or other sentient beings). Nor is a moral dimension attached to actions that are the result of chance or the natural world. For example, if lightning or a tsunami kills people, we do not say these events are morally wrong.

So morality must be about how humans are affected by human actions. But what is right and what is wrong? Some actions seem to be clear-cut. It would be perverse to argue that bathing your baby daughter in battery acid is morally right. No doubt, we could think of a long list of actions that are equally wrong. It would also be easy to make a list of actions that are unequivocally good.

Many people will find this conclusion puzzling. We know that moral standards change over time and we know that different societies have different moral standards. Surely this means that morality is relative and not objective? No, it does not. That objective moral standards exist does not mean it is always easy to determine what they should be. For example, when an action affects many people and results in harm to some and benefits to others, it is difficult to determine its moral value. In other cases, the moral value of an action is difficult to determine because its long-term consequences are hard to predict. Governments often confront such such dilemmas.

Sometimes moral standards are set in the self-interest of rulers, or of a subset of the people affected. Sometimes standards change because people become aware of the harm an old standard was causing. To reject the existence of objective moral truths because standards change over time would be like rejecting mathematics because there are currently some problems that cannot be solved.

If we look across a wide sweep of time, say the last 2,000 years, it is clear that moral standards have improved in many parts of the world. For example, slavery is now widely outlawed, children are protected from forced marriage, minorities are protected from discrimination, and gay people are no longer killed.

It is perverse to argue that only theists have a basis for morality when the opposite is true. Before accepting moral standards from a god you should at least be able to demonstrate that particular god exists. But that, most fundamental thing, no theist can do. The theist’s belief is founded on faith, and so is his morality. That error is not without consequences. The great religions of the world are all ancient, and they carry with them the morality of past ages. That is why the fundamentalists of these religions vigorously oppose modern laws that repudiate scriptural commandments, such legalizing same-sex marriage.

Divine commands are also the warrant for radical groups, such as ISIS, to hurl gay men from high buildings and to take girls captured in battle as slaves.

God cannot be the source of objective morality. If objective morality exists, it exists independently of any gods. A god could be the source of an arbitrary morality, but this approach enmeshes theists in a web of intractable problems; it is a barrier to genuine moral progress and leaves theists with a disparate assortment of values, some of which are an affront to common sense.

Atheists, far from having no basis for moral values, can base their values soundly on reason and science. These same tools that have been used with spectacular success to discover the physical world can be used to understand the moral realm. We can be moral without gods.

It’s time for atheists to change the narrative and demand that theists explain how they can be moral when they deny a role for reason, and rely instead on books written by Iron Age men whose morals have long since been superseded.

PREVIOUS: Is atheism a religion?
Looking for books on atheism, critical thinking, evolution or ethics?