The AAI Board has responsibility and full executive authority for the operations and activities of Atheist Alliance International, subject only to compliance at all times with the provisions of relevant laws, AAI’s Bylaws and any policies passed at Board meetings. 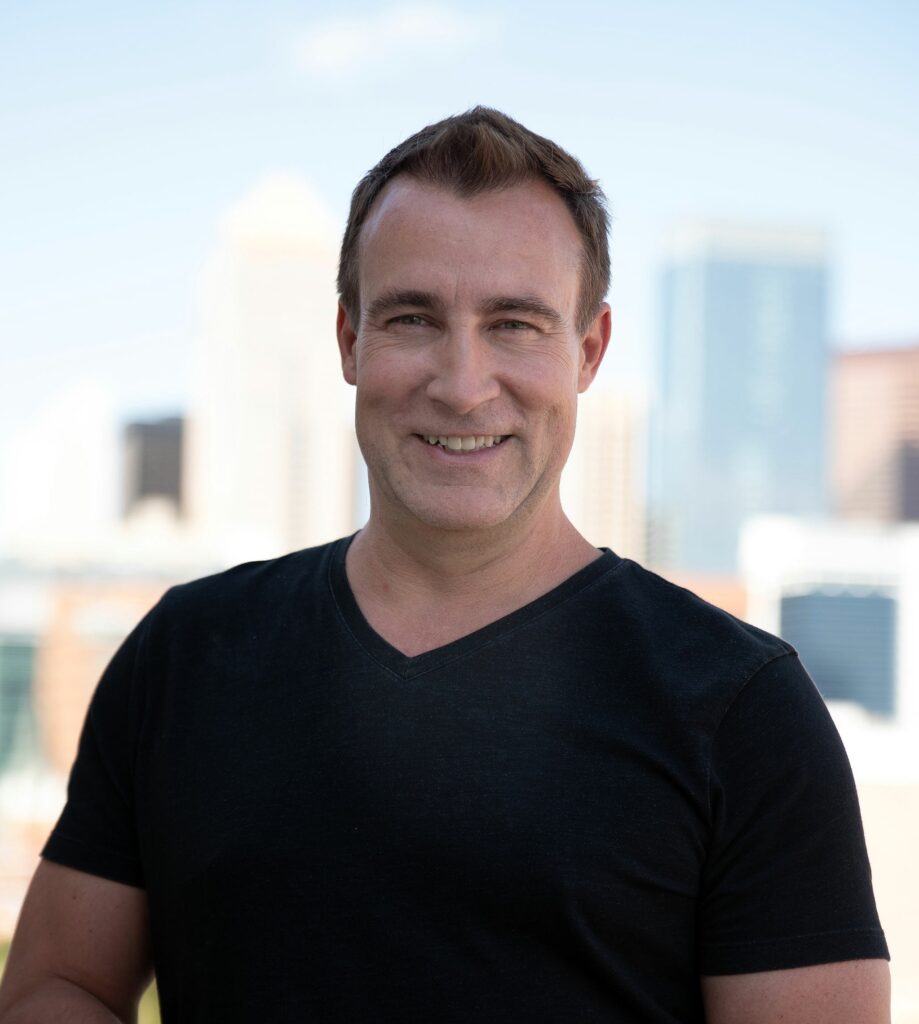 Brian Kernick is an international property developer based in Canada. He is the President and founder of Greenview Developments in Calgary and brings extensive management experience to the AAI board.

Brian was inquisitive as a child and found the answers to his questions about religion unconvincing, so he never really became a believer.

He has been an atheist and humanist activist since 1999 when he joined an atheist group in Brisbane, Australia during a stint developing properties in that country.

In 2018, he was part of a group that founded a new group in Calgary called “Atheist Society of Calgary”. He is an active member and has helped organize many events and he works to bring Atheist refugees into Canada.

Brian says, “I want to make the world a better place where rationality and reason are revered instead of superstition. I want atheists around the world to feel safe to voice their opinions openly, without retribution and fear of punishment or death.”

In his spare time, Brian lives an active lifestyle with hobbies like cycling, skiing, and keeping company with friends and family. 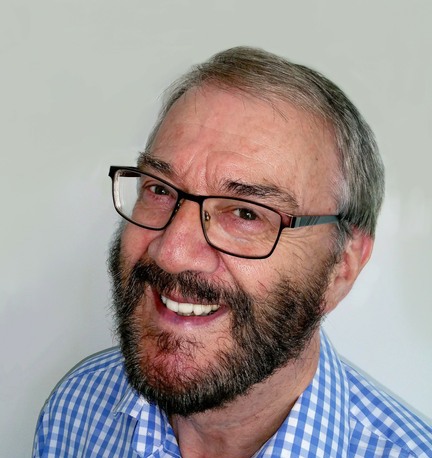 Even as a small child, Bill preferred to ask questions before believing things people told him and, although raised a Christian, by the age of 13 he concluded there were no good reasons to believe in God.

Bill pursued a career in IT, marketing and management consultancy and thought little about atheism until the 9/11 atrocity showed how religion could become lethal. This spurred him to engage in online debates with Christians and Muslims and to become active on Facebook; debating, creating memes and writing articles.

His online presence resulted in speaking invitations from atheist groups in several countries including; India, The Philippines, Ghana, Nigeria, Zambia, Namibia, Kenya and South Africa. This work has developed to the point where Bill acts as a mentor to emergent atheist groups by advising on everything from organizational matters to debating techniques, PR and media training.

Bill teaches and promotes Street Epistemology as a way to help people to examine, and revise, their beliefs in a friendly and non-confrontational way. 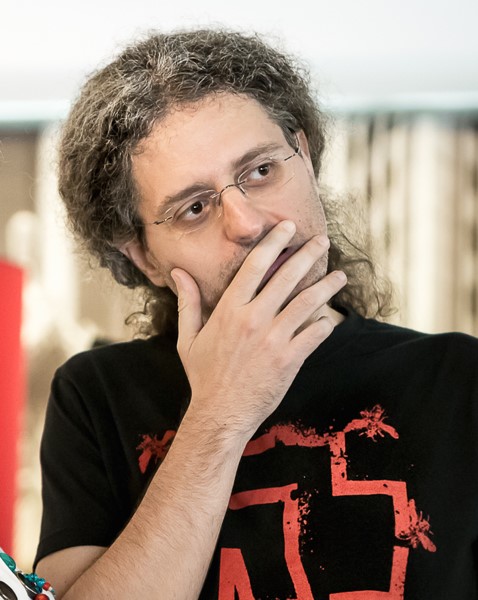 Fotis has a business administration background. He grew up paying little attention to religion as the majority in Greece does. He rejected Christianity in his late teens when he read about the way it was enforced by Roman emperors, how it destroyed the Hellenic civilization and established the Dark Ages. That marked a long period of unconcern during which he identified as non-religious and gradually found interest in secular issues.

By 2010 Fotis had gotten fed up of only words and theory but no action about state and church entanglement as well as the undeserved status and privileges that religions enjoy. He became a founding member of the Atheist Union of Greece (AUG) and served as president for 2013–2018.

He is the instigator and key operator of various AUG’s campaigns such as: the questionnaire and proposal to the political parties for the separation of Greek State and church, the conference for state-church relations, official complaints to authorities about the practice of illegally recording students’ religious views in public education and two litigations about the latter and the indoctrinating religious class taught in public schools.

In 2018, he edited, and the Union published, the “Dialogue about the Jerusalem Holy Light” about a Dark Ages scam that is nowadays indulged by the Greek government.

Fotis never gets tired of talking to people interested in atheism and secularism: Social media likes and shares are OK but they are just a start and a means of communication. Don’t get fooled: No religious authority ever got worried because of them.

If you want to really shake them get active, get involved in your local secular organizations (and/or AAI) and offer real contributions, be it volunteer time, financial aid, etc, whatever really helps! Action, not like buttons! 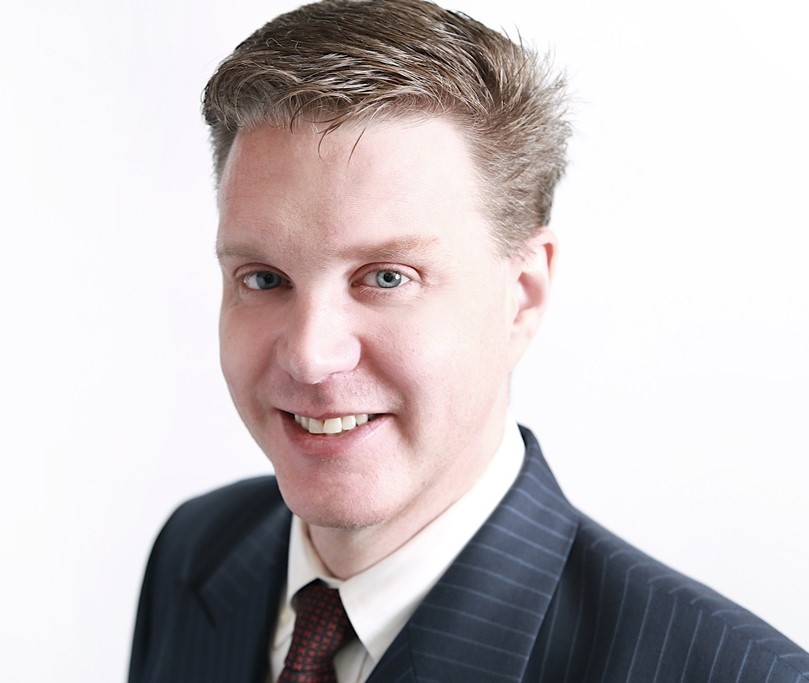 Jason Sylvester has been the blog manager for AAI since 2020 and was elected to the board in July 2021. He is also the host of the AAI podcast,

Jason is an armchair historian and writer, with one published book on the history of Judeo-Christian doctrines and is working on a new book charting the advancement of secular ideas that led to the modern world. 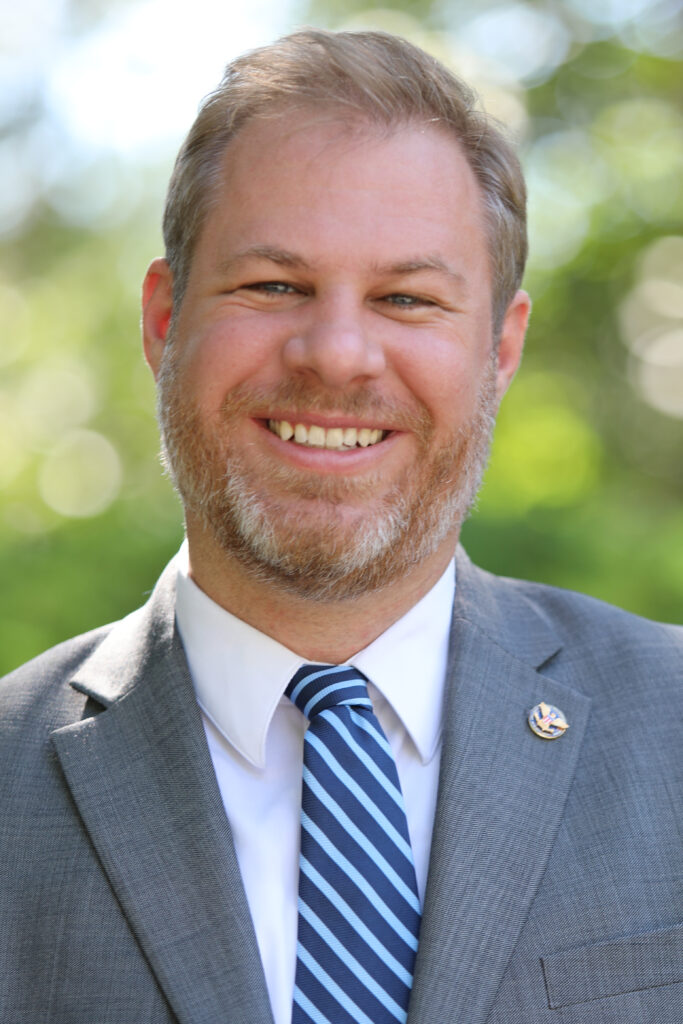 Polgar grew up in a Roman Catholic family but was an atheist since childhood because of his love for learning and curious nature.

Steve has a long history of giving back to the community, starting as a freshman in high school in 1996 by creating his high school’s first website in Oneonta, NY. At age 19, at Delaware Valley University, he founded an all-volunteer children’s educational charity. While living in Florida, Polgar was an activist fighting for getting public schools to teach evolution which was not implanted until 2008. In 2016, he successfully petitioned Merriam-Webster dictionary to change the definition of evolution from a theory to a fact and scientific theory.

In January 2017, Polgar became the youngest recipient of the President’s Lifetime Achievement Award from Barack Obama for his volunteer service. In 2020, Polgar ran for New York State Assembly openly as an Atheist. In 2021, he received his Executive MBA from Quantic. 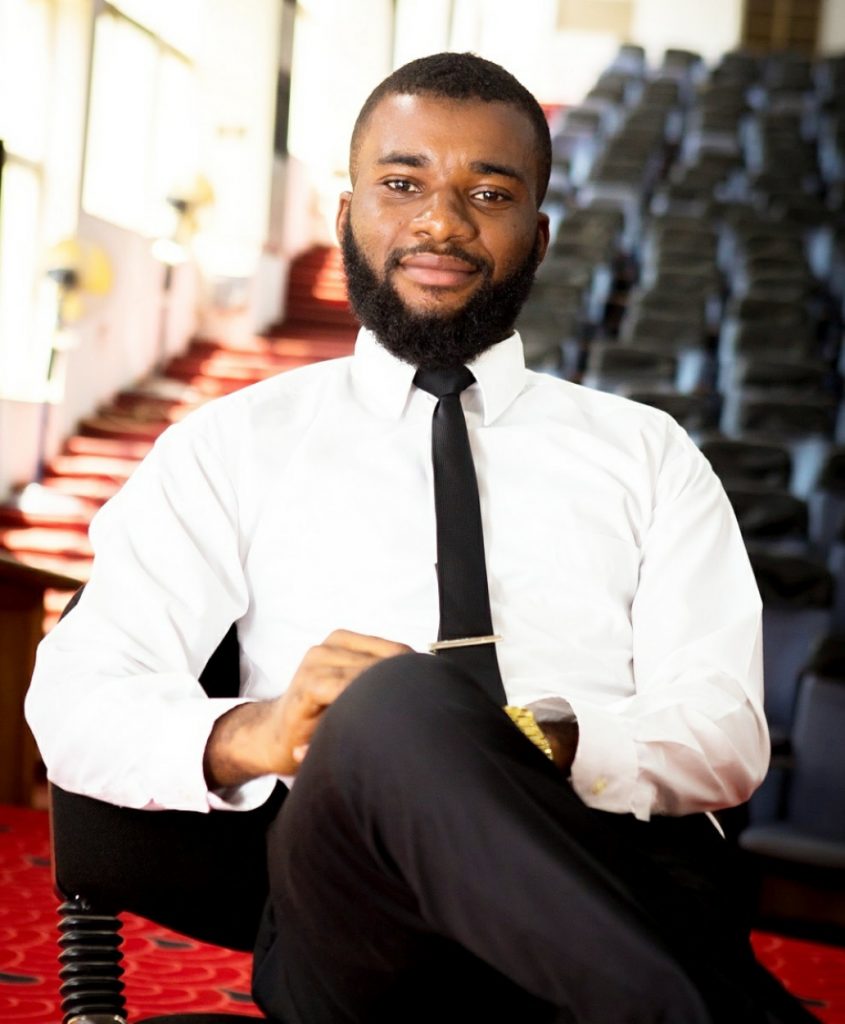 Ebuka Ikeorah is a legal practitioner and holds an LL.B from the University of London. He is a member of the Nigerian Bar Association.

He is a passionate advocate of human, disability and environmental rights. His focus has been the abolition of blasphemy laws, single-use plastics and the inclusion of people living with disabilities in public policy decisions.

He is a Managing Partner in Castor Partners, a law firm based in Abuja, Nigeria. 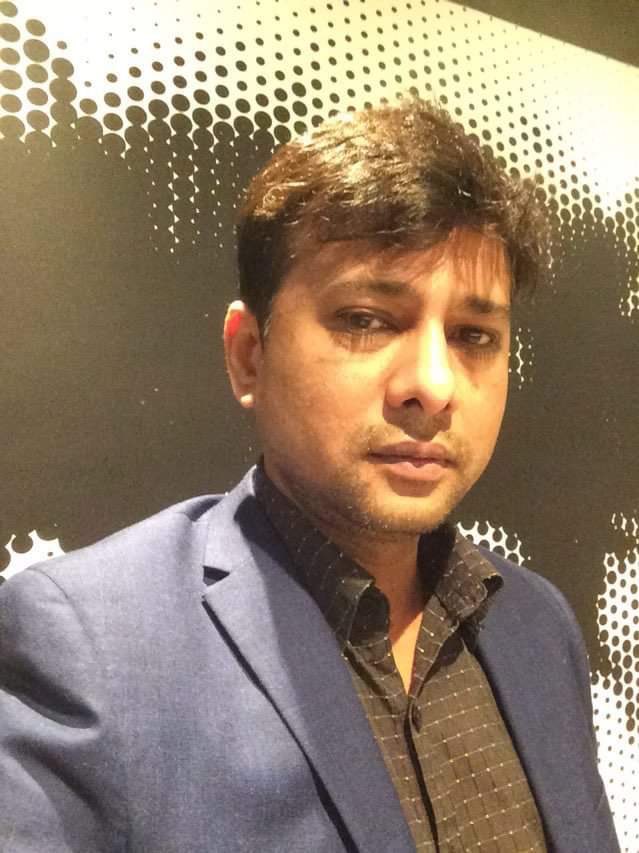 Tonoy is a contributor to the Mukto-Mona blog, a freethought movement, founded by murdered author Avijit Roy. Several other writers of the website were murdered by the Islamist terrorists.

He also wrote columns at major news outlets, where he has taken on controversial issues, championed equality and free inquiry, and aimed a critical eye at extremist religious beliefs and political ideologies. But as has become sadly predictable in the Islamic world, this has made him a target.

Being an Ex-Muslim atheist, he has closely seen how an overwhelming exaltation of ignorance in the Islamic world had led to an arrogant form of Islam, spreading across the landscape like a chronic disease. He believes that secularists are, therefore, burdened with a harrowing task: stopping the spread of ignorance while coping with the terrifying reality of violence and retaliation from extremists.

This sense of responsibility was the primary motive for him to join the Atheist Support Network – an Atheist Alliance International Program. In July 2021 he was elected to the AAI board. 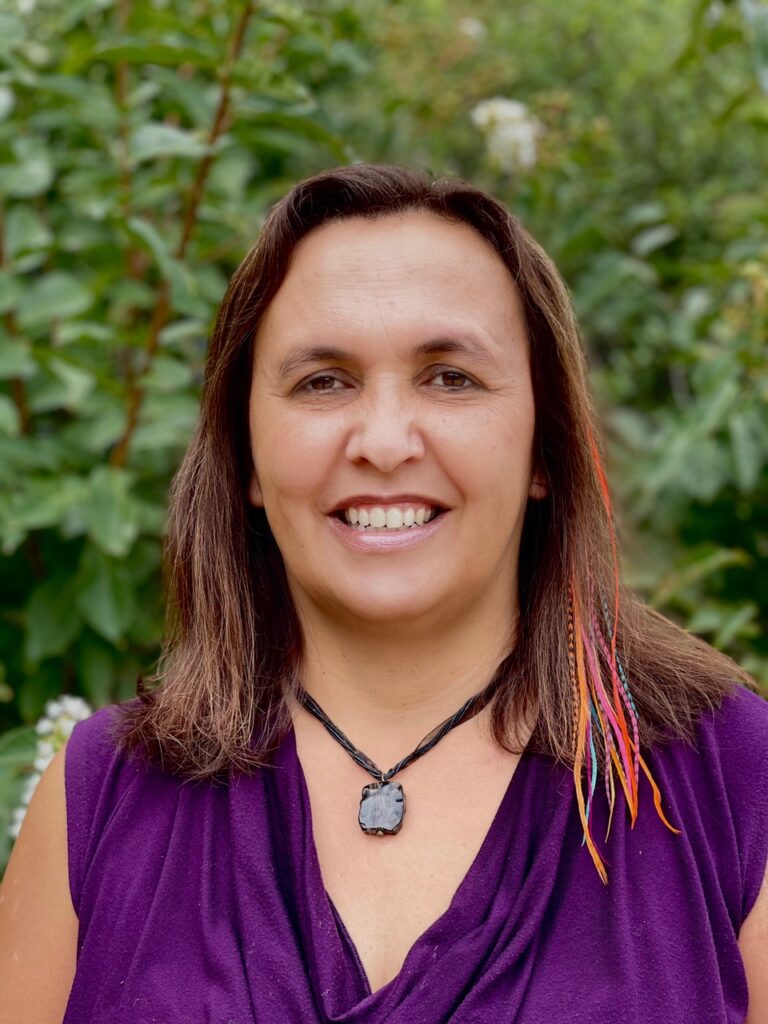 Stella is a board member of the Rationalist Society of Australia; she also has regular contact with the leadership of Humanists Australia and is the South Australian contact for the national grassroots group Fairness in Religion in Schools. Over the years, she has lobbied and provided submissions against religious privilege in various areas, such as; making public schools secular, marriage equality, voluntary assisted dying (voluntary euthanasia), removing prayer from public office, and the like. She also takes an interest in human rights, social justice, and environmental sustainability.

After a long and successful career in business management and accounts, in 2020, Stella commenced a Bachelor of Environmental Policy & Management (with a minor in politics); she is enjoying settling into this new direction.

Stella’s position is one of secularism and preventing religious privilege from dominating shared public spaces (laws, government, schools and institutions). Her approach is to listen to others and work towards common ground backed by evidence and reason. She says she doesn’t mind what supernatural beliefs others hold, as long as they do not cause harm, especially by way of undermining public policy and education.

Stella was born in Australia to Italian Catholic parents, for them religion was more of a cultural connection. At a very young age, there was occasional church and a few Sunday school lessons in preparation for her Communion. At Sunday school Stella’s questions were frowned upon, but she continued to ask them, and although she was not able to articulate it at the time, looking back, she says it was clear in her mind that the pressure of having blind faith was a path that she would not take. 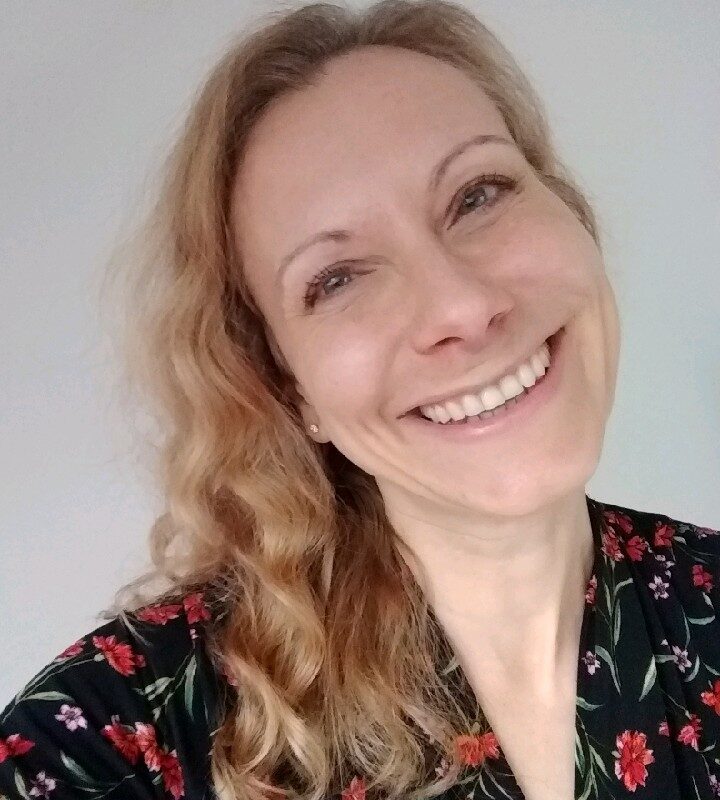 Kristina Hallmeier is a convinced atheist and ardent humanitarian who strongly believes that atheism does not mean just the absence of something, but that an atheistic humanistic approach gives us the chance to build a society and world community with diverse perspectives and ideas. This must be based on mutual tolerance giving others the freedom to develop and grow instead of cutting others’ options and restricting all individual ambitions. Freedom of expression is paramount.

Kristina has worked with German human rights associations for many years and has worked as a volunteer with Atheist Alliance International since 2020.  Kristina now sees how human rights defenders are persecuted across the globe and how AAI is making a difference. This made her wish to contribute to the organization more actively. In May 2022, Kristina was elected as the AAI Regional Director, Europe.