Every day around the world atheists are discriminated against in overt and covert ways. Even in countries that have legal protections for the religious and non-religious alike, these protections are often undermined by a social and political atmosphere in which the non-religious are made to feel like lesser citizens. It is unfair, unnecessary and too often ends in tragedy.

But worse than this, many countries have legislation that discriminates against atheists and criminalizes atheism. In several countries, the discovery by family or friends that you do not believe God exists can bring the wrath of the state upon you. The consequences can be dire. Atheists may lose their employment, their education, their children, their liberty and their life. They can be denied their right to own property, their right of inheritance, and can be subjected to merciless physical violence.

In some countries, the treatment of atheists is reminiscent of the treatment of heretics 1,000 years ago during the Medieval Inquisitions. Atheists may not have to endure the grisly tortures of the Inquisition or be burned alive but they may be brutally lashed, incarcerated and even beheaded in some parts of the world.

During the past 70 years, the United Nations has emerged as the custodian of the world’s conscience. It has articulated rights to be conferred on all human beings and has encouraged and cajoled states to adopt and respect them. Its first effort, adopted by the UN General Assembly on 10 December 1948, was the Universal Declaration of Human Rights (UDHR). Of the 58 members of the UN at the time, 48 voted in favor of the resolution and 10 abstained or did not vote.

The UDHR sets out basic human rights and freedoms but it is not legally binding on any state. Article 18 confers religious freedoms:

“Everyone has the right to freedom of thought, conscience and religion; this right includes freedom to change his religion or belief, and freedom, either alone or in community with others and in public or private, to manifest his religion or belief in teaching, practice, worship and observance.”

It should be noted that this article explicitly confers freedom to practice a religion of choice but does not explicitly grant the freedom to have no religion.

Further progress was made in 1966 when the UN General Assembly adopted The International Covenant on Civil and Political Rights (ICCPR). The ICCPR is a multilateral treaty that builds upon the UDHR and, importantly, makes protecting the rights and freedoms granted by the treaty a legal obligation on states who ratified it.

On freedom of religion, the ICCPR uses similar wording to the UDHR. Article 18 states:

“Everyone shall have the right to freedom of thought, conscience, and religion. This right shall include freedom to have or to adopt a religion or belief of his choice, and freedom, either individually or in community with others and in public or private, to manifest his religion or belief in worship, observance, practice, and teaching.

Like the UDHR, the ICCPR confers no explicit freedom to have no religion.

With 171 states ratifying the ICCPR, it was an important step toward the recognition and protection of human rights. However, some states demanded “reservations” to exclude certain rights. For example, some Islamic states reserved the right to interpret the treaty within the context of Shariah Law. Pakistan made several reservations including, “the provisions of Articles 3, 6, 7, 18 and 19 shall be so applied to the extent that they are not repugnant to the Provisions of the Constitution of Pakistan and the Sharia laws.”

Twenty states are not signatories to the ICCPR at all. These include Malaysia, Oman, Saudi Arabia, South Sudan, the UAE and Vatican City.

A final Declaration that is relevant is the 1981 Declaration of All Forms of Intolerance and of Discrimination Based on Religion or Belief. Unfortunately, this declaration did nothing to change the status quo for atheists as it used almost identical wording to Article 18 of the UDHR.

So, despite tremendous progress in codifying human rights over the past 70 years, the plight of atheists has been overlooked—not one declaration or treaty explicitly protects the right to have no religion. Indeed, the UN Human Rights Committee recognized this omission and in 1993 published General Comment 22 clarifying the scope of freedom of religion in the ICCPR to include “the right to replace one’s current religion or belief with another or to adopt atheistic views.”

Unfortunately, the committee’s attempt to include protection for atheists seems to have fallen on deaf ears.

In Bangladesh at least 5 atheist bloggers were murdered by machete for crimes of blasphemy. 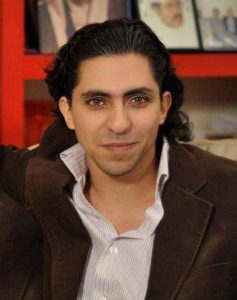 Raif Badawi, a Saudi blogger, and creator of a liberal blogging platform intended to foster debate on religion and politics was accused of apostasy. He was sentenced to 10 years in prison, 1,000 lashes and a fine of 1 million Saudi riyals for “insulting Islam.”

In Afghanistan, Farkhunda Malikzada was beaten to death and then her body lit on fire by a mob in Kabul. The violence followed false accusations that she burnt a copy of the Qur’an.

In India, Narendra Dabholkar was murdered because he had campaigned for years against the ‘godmen’ who defraud superstitious villagers by performing illusions presented as divine miracles.

The Supreme Court of Iran upheld the death sentence of blogger Soheil Arabi for the charge of “insulting the Prophet Muhammad” on Facebook.

In Iraq, 15-year old atheist Ahmad Sherwan was detained in solitary confinement, tortured by electric shock, and threatened with murder, after a discussion in which he told his father that he no longer believed in God. His father reported him to the police who held and tortured him.

These are just a few of the many recent examples of discrimination against non-believers.

Today some 1.2 billion people self-describe as religiously unaffiliated. In some countries, there are more unaffiliated than all the religious groups combined. But it is not in these countries where problems for atheists are acute. It is in the highly religious Christian and, especially, Muslim countries. Muslim majority countries frequently class leaving Islam as a criminal offense. In 13 countries, apostasy can result in the death penalty. In many countries, apostates can be imprisoned, lashed or suffer draconian restriction of rights.

Such environments give license to mobs to take the law into their own hands and we see street beatings and killings. At Atheist Alliance International, we are literally flooded with pleas for help from atheists living in Muslim majority countries who are trapped, isolated and afraid. Some have been beaten up, some have lost their jobs or their families and their children. Some are afraid they will be arrested.

It may be arguable that freedom from religion is implicitly embodied in freedom of religion, however since the focus of article 18 is on the rights of believers rather than non-believers its implementation has been incontrovertibly neglected. The fact is, there have been scant few international cases that have addressed the right to be free from the religions of others. Accordingly, Atheist Alliance International is committed to presenting and promoting the position that human rights law should be accessible to those whose freedom from religion has been trespassed upon.

Meaningful enjoyment of these rights requires that the state refrains from imposing religious practices on non-believers as well as actively protecting rights-holders from such imposition by non-state interests. We need international human rights law to be clear, unambiguous and high-profile on atheism. People should be free to believe in no gods and to practice no religion. Anywhere in the world.

This is why we are campaigning for Atheist Rights to equal the rights of the religious. Human rights must be rights for all humans regardless of their religious or secular views. We will work with our affiliated organizations and with atheist groups around the world to draft a simple but clear declaration of atheist rights—the specific rights and freedoms necessary to ensure the principle of equality in matters related to non-belief. These rights and freedoms will necessarily comprise both negative rights not to participate in religion as well as positive rights to manifest atheism.

We will take it to the United Nations and do everything possible to table it as a proposed UN resolution.

Explicit recognition of the right to manifest atheism will undoubtedly be an unwelcome approach in many states that favor a particular religion. But this fact speaks only to the challenges of implementing these rights; it does not mean that the rights do not exist or that they should not be pursued.

To tell us what you think, please contact Howard Burman at: . Thank you!