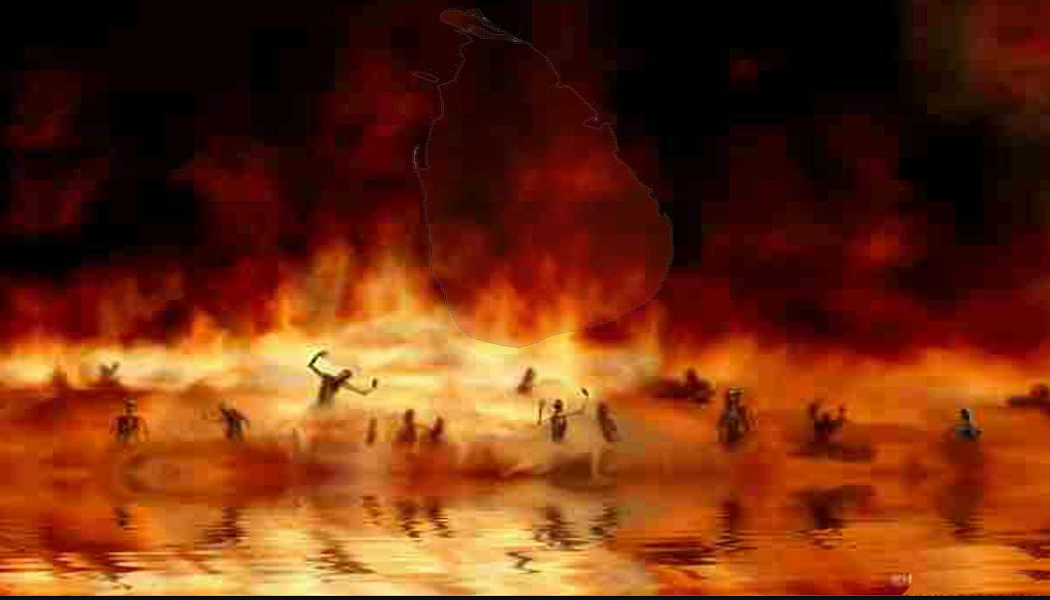 This is going to be a break from the usual type of blog I write. Why? Well, the psychological effects religious indoctrination has on a child’s mind is something I take seriously. This is a personal story of just such indoctrination from my childhood. I was raised in a Catholic household (and later, Lutheran) and like most Catholic children, I attended CCD (Sunday school)[1]. Being young children, we were taught happy Bible stories of love, peace, and doing good deeds. We were given coloring projects and crafts depicting things that honored God. God was good, kind, and a loving protector. But that began to change. It wasn’t long after making my First Holy Communion[2] we started getting into the Biblical stories that literally scared the hell into us. We delved deeper into the actual biblical stories behind the sugar-coated ones that were hung on the fridge at home. We were ready to learn the most important thing… don’t upset God, or else.

The woman who taught us at the time was nice enough. I remember most of the anecdotes she would tell had the typical friendly tone relating back to whatever Bible passage we were studying that week. But this particular lesson was different. She began telling a story about a guy who was out one night with his friends. All throughout the night he was making offensive jokes about the Virgin Mary. His friends, who were all God believers, warned him that he should stop or else he’ll face the wrath of God for his sin. Well, the story continues, as he was driving home later that night, God meted out his punishment. The guy crashed his car into a tree and was decapitated. His head being torn right off of his shoulders. As gruesome as this was, it wasn’t the worst of it. He would now spend eternity burning in Hell. Up until now Hell had only been passively mentioned with few descriptive details. It was a place we thought only “really bad people” go to. But now it seemed like any one of us could easily end up there, alone in never-ending torment. Needless to say, this had a really profound impact on me. 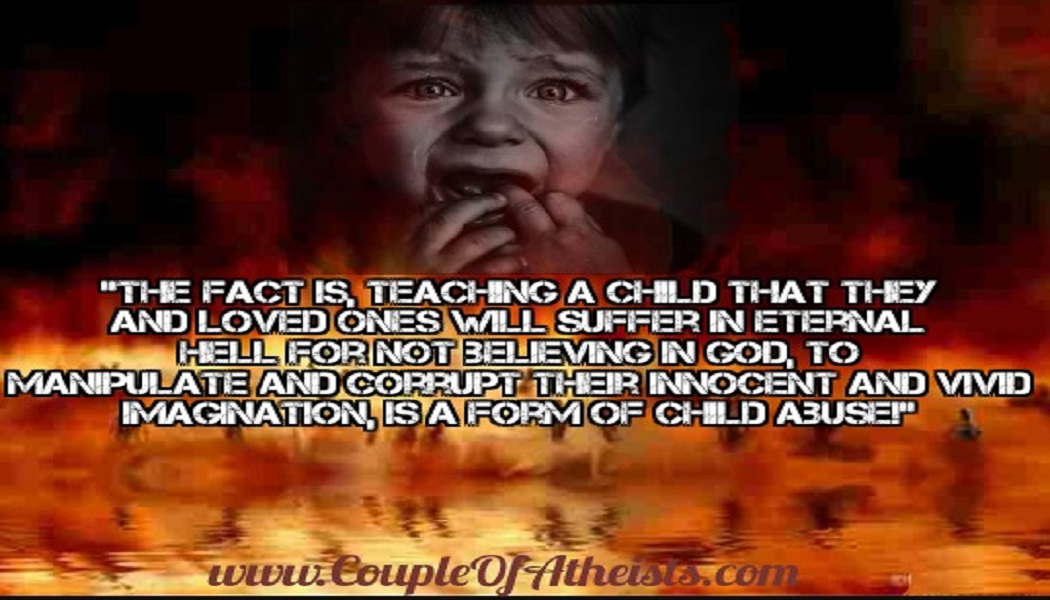 The Effects on the Mind of a Child

Being an impressionable child with a wild imagination, her story was believable enough. So I tried to do everything I could so God was pleased. My mother, a devout Catholic, seemed to take notice of my good behavior and commented on how proud of me she was, but in reality, I was afraid of angering God. When I told my mother about the story, she confirmed that God does punish sinners and he is “just” in whatever way he chooses. Naturally, my mother even had a story of her own to emphasize this point. She went on to tell me about an incident in the summer of 1980 involving comedian Richard Pryor getting horribly burned. She recalled that afterward, he made a statement saying he will never make fun of God again.[3][4] From then on I wasn’t just afraid for myself, but for other people who were engaged in such blasphemy and sin. Others who had terrible experiences must’ve been guilty of something. They obviously deserved it and I hoped they had learned their lesson. I feared not only for family and friends, but also for famous people and the everyday people around me. It eventually started manifesting itself in the form of anxiety. Anything “bad” that happened to me was God’s justice. Being the victim of abuse at the hands of my then stepfather, I must’ve been being punished. I deserved it.

A Way Out Through Rebellion

As I became a teenager, my religious attitudes drastically changed. I rebelled against (the idea of) God and the church. My rebellious anger was channeled through death metal music, and the dark, satanic imagery it embraced was a way of breaking free from religion. It was my way of punching the bully of Christianity in the mouth. It was a profound turning point in the way I thought about religion and God(s). Same for the concept of Satan, Hell, and divine retribution. The lies of Christianity became clearer with the juxtaposition between God’s “love” and “justice”, with what we mean by these terms. It was just a tactic to keep people ignorant and obedient. I felt manipulated. Thus the start of my road to atheism.

Even though that was a relatively short couple of years of my life, it was at a crucial time in my development and the impact has had lasting effects. Like all forms of emotional abuse, the scars of religious indoctrination never fully go away. Even now when I see something blatantly blasphemous, like an upside-down crucifix or a pentagram, I feel a little twinge in the back of my mind that I don’t get from anything else. It’s dismissed easy enough, but I do recognize it and how it is always there. Even if just a little bit.

[1] CCD – Confraternity of Christian Doctrine [2] Most Catholic children receive their First Communion when they’re seven or eight years of age. The Catholic Church considers this the “age of reason”. [3]https://ew.com/article/1994/06/10/this-day-1980/ [4] Of course, once again, as an adult, I discovered the actual details behind that tragic incident. Also, I couldn’t find any such statement about “making fun of God” made by him. If he did or didn’t, I don’t know. Regardless, I find it sickening that such a terrible period of someone’s life could be exploited in this way to serve a religious agenda.
Catholicism Hell Psychology

Richard Hess
Richard Hess co-authors a blog, Couple of Atheists, with his wife Allison. His interests are in philosophy, evolutionary psychology, sociobiology, and logic. He writes primarily about counter-apologetics and ethics and the psychological and sociological effects of religion. Rich has appeared on several podcasts and was a speaker at the PA State Atheist/Humanist Conference.