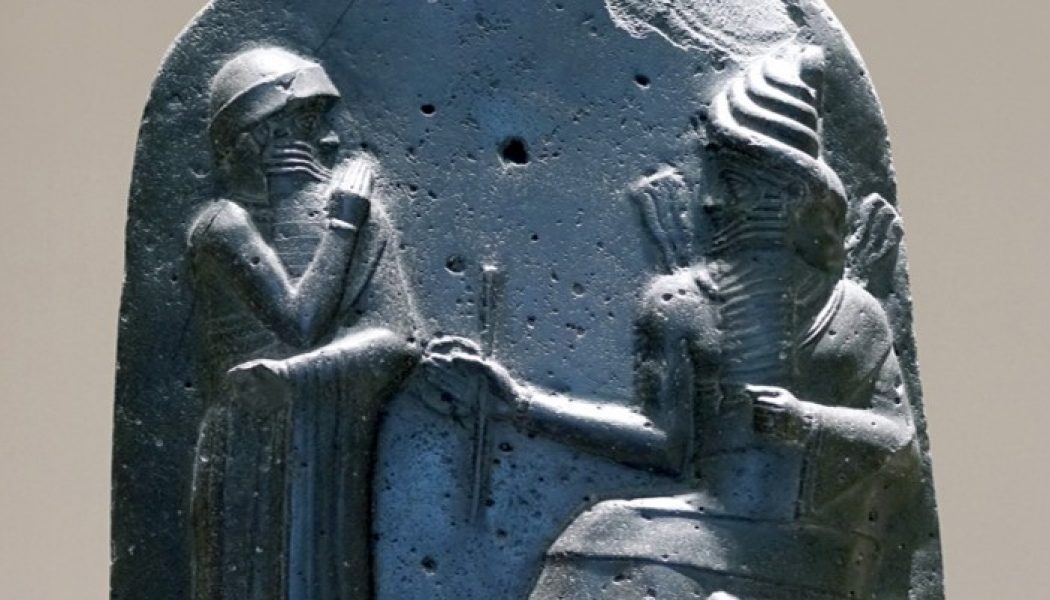 Hammurabi, the sixth Babylonian King, ruled Mesopotamia for 42 years from 1792 – 1750 BCE. He is probably most famous for introducing the Code of Hammurabi—one of the earliest known codes of law. Several copies of the 282 laws have been found, some chiseled into stone and some on clay tablets. 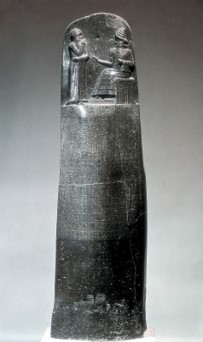 The best-known example of the code is the almost complete, 2.25 meter (7.5 ft) high stele, made from black rock (diorite), which bears a depiction of Hammurabi receiving the laws on a stone tablet from the sun god Shamash. The stele is on display in the Louvre, Paris.

Hammurabi’s laws governed slander, trade, slavery, theft, family law, sexual conduct, inheritance and the duties of workers and employers. Punishments for infringing laws were extremely harsh with no fewer than 32 crimes carrying the death penalty. Death was mandated for the expected offenses, such as theft, murder, rape, and perjury. But other offenses warranting the death penalty included helping a slave to escape, sending a substitute when asked to run an errand by a king, drinking wine (if you are a priestess) and building a house that falls down and kills a man (but not if a woman is killed).

Other punishments included cutting off body parts such as fingers, ears, and breasts.

It is clear the code takes children and women to be the property of men—their father or their husband. An extreme example of this is where a man is punished by putting his children to death. For instance, if a man strikes a woman causing her death, the offender’s daughter would be killed.

Naturally, a man is free to have sex with his slaves and with his wife’s maidservants. (This sounds remarkably like Islamic heaven; I wonder where they got the idea from?)

Interestingly, women are given rights (though inferior to men). So, next time a Muslim defends the inferior rights given to women in the Qur’an by claiming Muhammad was a reformer who was the first to give rights to women, refer them to Hammurabi. Islam came over 1,000 years after Hammurabi and both give women almost identical rights.

The historicity of Moses is disputed among scholars but, if he lived, Rabbinical sources give his birth date around 1,391 BCE. That is, 360 years AFTER Hammurabi died so we can be confident that Hammurabi pre-dated the Moses story.

What happened here? Did Yahweh see Hammurabi’s laws, like them, copy them, tweak them and hand them down to Moses? Or did Moses (or Hebrew scribes) tinker with the familiar Babylonian laws, and pretend they were a gift from their god?

I know which I would put my money on.

Mosaic Law Moses The Bible the code of Hammurabi The Torah