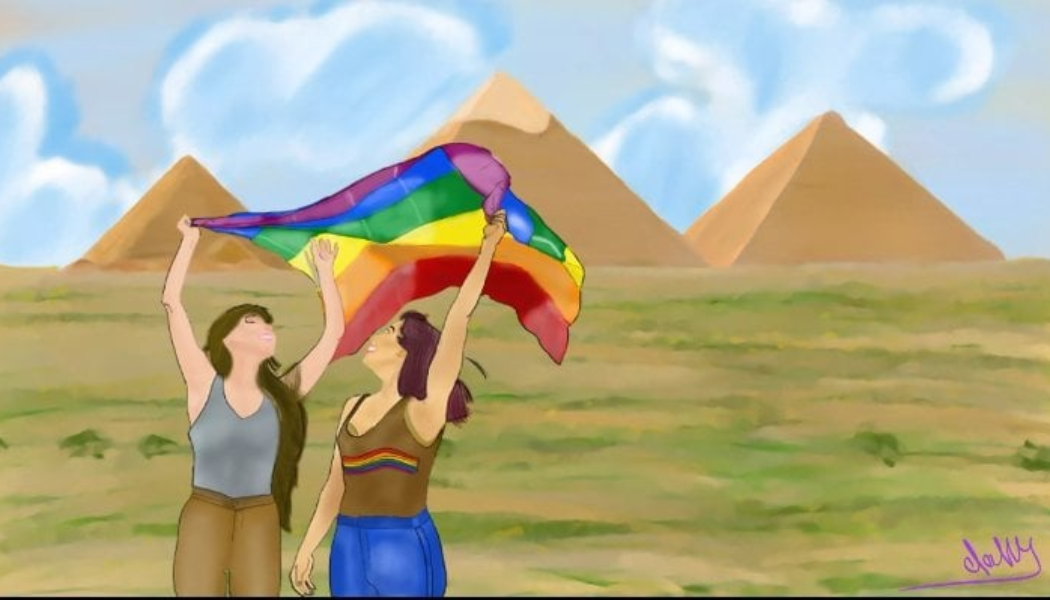 Ezzat is an Egyptian-born artist. She uses her art for activism (images on this page are her own art). 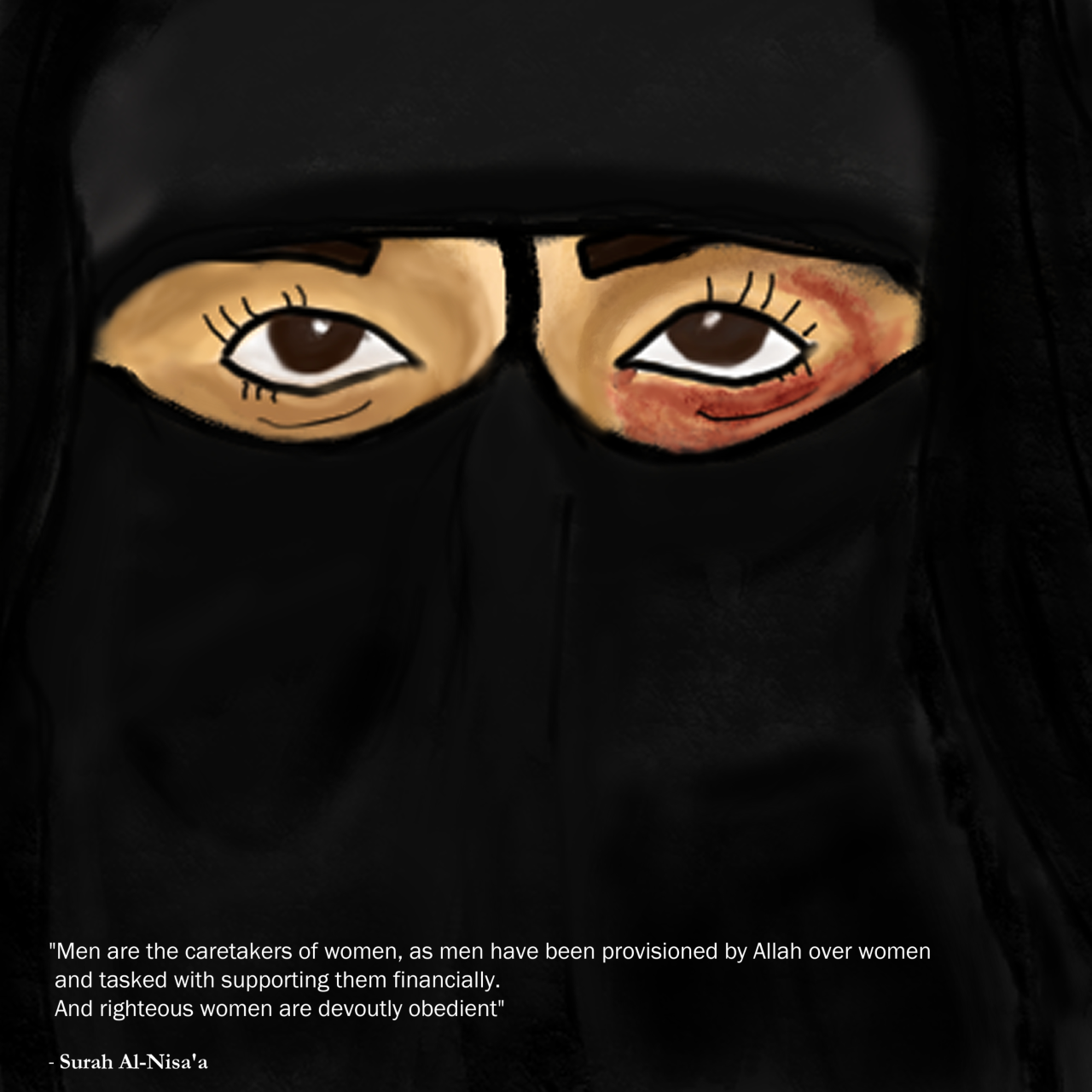 In a normal society, this is something we would appreciate, but in many societies, this could mean brutal torture, even from the family. Because of the overwhelming exaltation of ignorance, criticizing faith-based injustices can become a matter of life and death. Things can get worse if the said society does not value women’s lives as much as it does men’s because speaking up as a woman can be deadly.

Still, some women with extraordinary courage dare to make a stand. Ezzat is one of them.

Being an LGBTQ-atheist woman in an Arabic country—and a rather vocal one—has deprived her of a peaceful and happy life. Ironically, even her own family became the main source of all her adversity.

After completing her education, circumstances forced Ezzat to live and work in a city away from her home. In addition to her professional life, she created graphic art which she used for activism under an alias. A male friend found out about it, resulting in her being blackmailed and sexually exploited. She ran away from her assaulter, and since she had nowhere else to go, she moved back with her parents for safety. But, her parents tried to force her into an arranged heterosexual marriage.

Upon discovering that she was a non-believer, they—immediately and almost without end—insulted and physically abused her to the point where she now suffers from Complex PTSD, anxiety, and stress. She was suffering from swollen legs and what she suspects are fractured ribs. This caused her difficulty in breathing, sleeping, and walking which in turn rendered her partially bedridden.

As an activist and artist, her condition led to intolerable distress. Not only was Ezzat unable to create art, but also couldn’t move without pain, and her family just kept adding salt to the wound by constantly threatening and beating her.

Egypt, where Ezzat was born, despite having domestic abuse prevention laws, does not actually enforce the law in most cases. 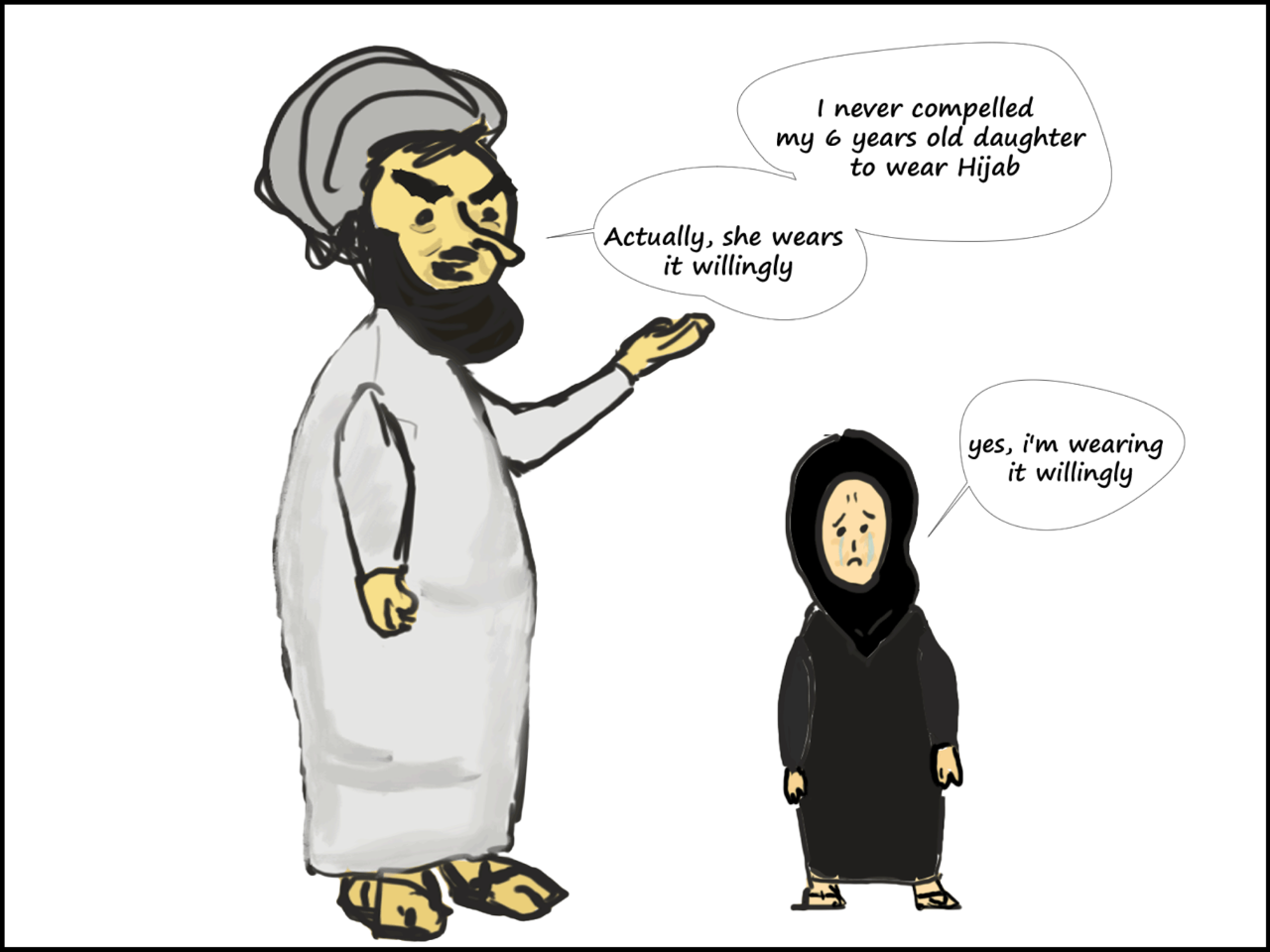 She had our attention at Hello

In December 2020, Ezzat sent a message to Atheist Alliance International’s Twitter account pleading for help. She was provided with the Atheist Support Network email address. She was humble from the beginning, she wrote:

My name is Ezzat, 24 years old and live in Egypt. I’m an atheist woman. I came out on social media a few years ago, 3 years or more maybe. People started attacking me on social media after they knew who I am and what are my actual beliefs, I didn’t care about them and didn’t stop writing and expressing my opinion online through my Facebook official account.

The threats didn’t just stop online, somehow they knew my personal phone number, my current address, and they continued calling me, even in midnights; stalked me on the street, attacked me, abused, and bullied me.

I wanted to hire a lawyer. I asked my family lawyer and he told me exactly these words, “you can’t do anything and I can’t help you, Egypt is an Islamic country. Try to hide or travel to another state.”

So, I moved from Alexandria to Cairo, alone, but threats didn’t stop. In addition, people at my work sexually abused me because they thought that I was an atheist, so they can do whatever they wanted. I asked my supervisor for help but he was one of them too, an extremist Muslim man, who acts like an open-minded man.

I didn’t find any help. I told my close friends about the problem and they started harassing me and one of them, a male friend, took me to his home, trying to calm me down he gave me a drink and I fainted. When I woke up, I realized that I was raped. He started to blackmail me after that, unfortunately, I gave him all the money that I saved for myself, gave him my money my camera and all things that I had.

I couldn’t face the situation and I didn’t tell my family what happened. It was just the end for me. Everything that I believed in and was fighting for, freedom, women’s rights, and human rights, all was lost.

I have screenshots of the threatening messages that came to my inbox.

I hope you help me to stay safe because I’m hiding from everyone now. I think they successfully made their God happy after they broke and humiliated and insulted an atheist woman like me who wanted to be a journalist and fight for human rights.

I couldn’t fight for myself and I’m locking myself in my small apartment with an aggressive family who abusing me because they knew that I’m not a believer. They wanted to put me in a mental health hospital.

I hope you contact me ASAP because I’m not sure what will happen to me again. I can’t afford the ticket price to fly away I’m trying to work to find a way to travel but it is too hard to focus on my job. I can’t focus on any details of my life and I think I lost my sense of time. 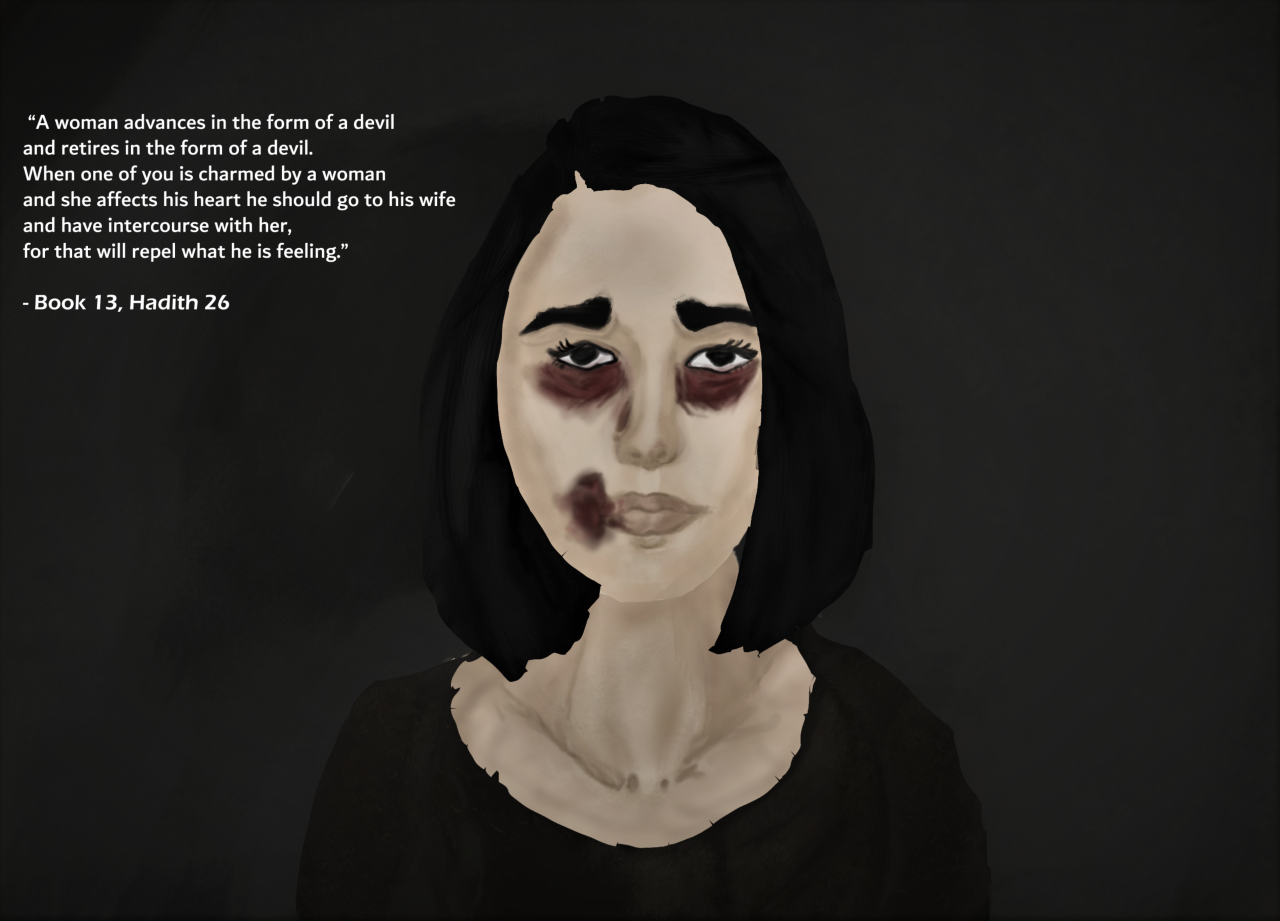 In another email, Ezzat expressed her desire to communicate with like-minded people. Immediately, two of the Atheist Support Network volunteers, Paula Arevalo and Amin Widyatama, started to work with her. In addition, a monthly stipend was quickly arranged to encourage her artistic talent and to support her mentally.

We reached out to Atheist Alliance International members and supporters for help. The support was overwhelming, and we wholeheartedly thank those of you who contributed.

Our ideal goal was always to help Ms. Ezzat to relocate to a safer and tolerant country. That, however, was easier said than done.  Ezzat, is a very intelligent person with potential. Her talent was spotted, and with a little help, she found an internship in Europe.

Today after landing on European soil, Ms. Ezzat shared her thoughts with us. She lamented:

I was getting forced to get married and almost got killed by my mom because I did not want to hide my identity and who I am! As an Ex-Muslim lesbian woman in Egypt, I was oppressed by everyone, the police, my family, and the Muslim community. After I was raped I was devastated and lost the hope of being able to live again or get justice.

She thanked the Atheist Support Network, saying that if she were to stay in Egypt anything could have had happened to her.

A special thanks to AAI advisory council member Zara Kay

Because of an overwhelming number of applications at any given time, Atheist Support Network often partners with like-minded organizations based on their specializations. For Ms. Ezzat’s case, we contacted Zara Kay, Atheist Alliance International’s advisory council member and founder of Faithless Hijabi to help provide Ms. Ezzat with mental support. Zara’s support went beyond our expectations.

I was introduced to Zara Kay, the founder of Faithless Hijabi, by Atheist Support Network. Zara helped me till the last minute, till I flee from Egypt and got here in Europe.

In a message to Atheist Support Network, Zara praised Ms. Ezzat and highlighted the importance of cooperation between the organizations trying to help atheist activists at risk. She wrote:

Ms. Ezzat is an incredibly talented young Egyptian Ex-Muslim, who dedicated her time and effort to finding herself opportunities to leave Egypt, given the constant abuse from her family but also staying hidden and not true to her sexuality. Atheist Alliance International and Faithless Hijabi worked together to help her achieve her goals and continue to her next path in a country safe for her. As we continue to move forward with the rising number of cases, we work towards leveraging all the help we can get working together with other organizations and volunteers to get Ex-Muslims at risk to a safe place.

In the case of Ezzat’s departure from Egypt, it was never a smooth process as she was denied boarding for her first flight for no concrete reason, and while things were getting stressful with authorities we managed to book a second flight after much trouble. But she’s safe and fine for now.

In the face of fear and extreme brutality, activists like Ms. Ezzat defy norms, challenge the existing orthodoxy and dreams of a better world.