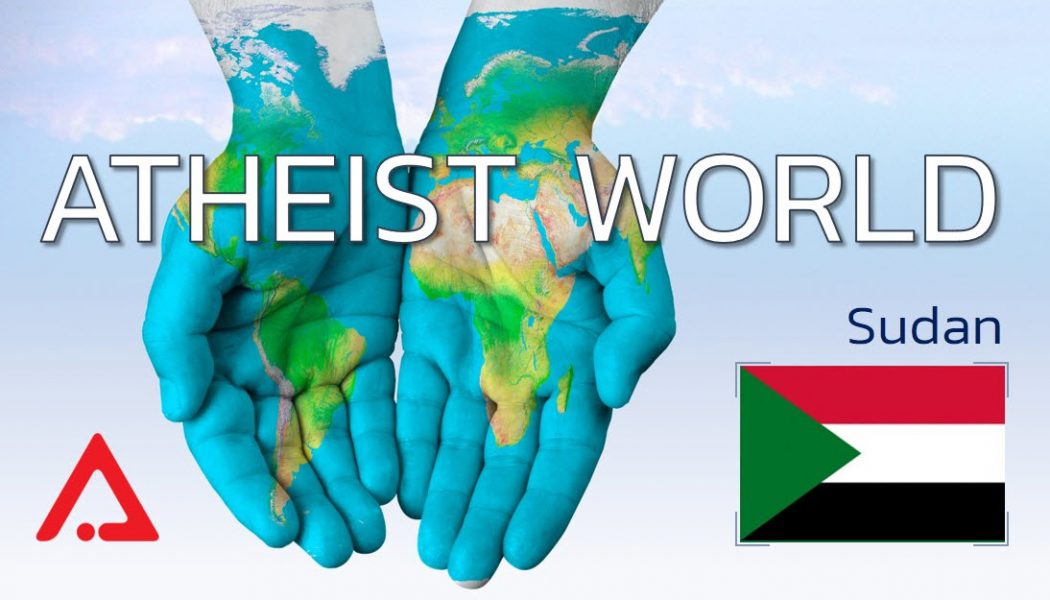 You’re a young man living in Khartoum, the capital of Sudan. Because your parents are Muslim, you are a Muslim and must remain so forever. In school, you are indoctrinated into the morals and laws of “your” religion.

Growing up you see your country involved in what seems like everlasting ethnic strife and internal conflict. You learn that shortly before you were born Colonel Omar al-Bashir led a military coup. The new military government suspended political parties and introduced an Islamic legal code on the national level. Despite his pledge to end the 21-year-long civil war that had been dragging on when he took office, Bashir’s long tenure has been riddled with military conflicts. He has allegedly looted the impoverished nation of much of its wealth while stashing $9 billion in London banks. Today Bashir is the only sitting president with an outstanding arrest warrant from the International Criminal Court. He stands accused of masterminding the genocide in Darfur where Sudanese forces and government-sponsored militias carried out a protracted series of attacks against innocent civilians.

Before you are out of school, you learn that the death penalty for anyone renouncing their Muslim religion (your teacher calls it ‘apostasy’) is central to Islamic law.

You learn that in Article 126 of Sudan’s 1991 Penal Code, your “Religion of Peace” imposes the death penalty on apostates including atheists. The code defines apostasy as a crime that is committed by any Muslim who advocates for the renunciation of the creed of Islam or publicly renounces his or her faith.

The Penal Code is based on the Qur’an, which you are told is the literal Word of God revealed to Prophet Muhammad through the Archangel Gabriel: “They wish you would disbelieve as they disbelieved so you would be alike. So, do not take from among them allies until they emigrate for the cause of Allah. But if they turn away, then seize them and kill them wherever you find them and take not from among them any ally or helper.” (Qur’an 4:89)

This is reinforced by a hadith, the sayings, actions and tacit approvals of the Prophet Muhammad.  A hadith depicts Muhammad saying: “Whoever changed his Islamic religion, then kill him.”

Despite your teacher’s strong warnings about straying from the faith, you harbor doubts. You’re bright, inquisitive and maybe a little rebellious. So, when one of your friends shows you a document about atheism, you are intrigued. Of course, it’s a dangerous document to have, so you hide it carefully behind a loose tile in your house. You don’t want your parents or brothers to find it or see you reading it. Nevertheless, you are intrigued.

Then you read about the confiscation of other similar documents and the punishments handed out to writers.

By the time you reach your late teens, you decide you are an out-and-out atheist, but you fully understand that the excessive trust in the power of reason can be dangerous. You know, too, you can’t ever tell anyone, not even your friend because if he ever wanted to turn against you and inform the authorities about your feelings, the consequences could be dire.

All the papers carried the story of Meriam Ibrahim. She was 27 years-old when she was turned in by a relative and sentenced to death for adultery because she married a Christian man. She was given three days to recant but refused. She could not be executed immediately because she was pregnant at the time so was sent to prison with her two-year-old son. There she gave birth to a second son while her legs were chained. “They removed the chains” after she delivered, one of her lawyers, Mohamad Mustafa said. “This is on order by the doctor.”

Stoning is a judicial punishment. You read in the paper of several women sentenced to death by stoning. Flogging, too, is a legal punishment and many people have felt lashes across their backs. The local paper carries a story of several Sudanese men who died in custody after being flogged. Many people have been hanged because of violations of Sharia law. Even crucifixion is a legal punishment, although you never come across any stories of that actually being carried out. Who knows, though? Perhaps they keep it a secret.

In 2017, Mohamed Al-Dosogy, a young Sudanese man living and working in Khartoum was arrested two days after he wrote to the Sudanese court explaining he wanted to change his religious status because he had become an atheist. He was charged with apostasy which meant a death sentence.

He would have to be crazy to ask for that, the judge decided. The man is too mentally incompetent to stand trial, he declared, so the case was dismissed, and Al-Dosogy was released.

You are not surprised there are other atheists in your country but how many? There is no way to know for sure.

An article in the Sudan Tribune, written by Ammar Saleh, Chairman of the Islamic Centre for Preaching and Comparative Studies warned the that both Christianity and Atheism are making steady gains in popularity. Additionally, Saleh conceded that interest in the conversion to Islam was nearly non-existent, saying anyone who believes there’s growth in Sudan’s Islamic faithful is “living on Mars.”

He called the increase in atheism and homosexuality “scary.” As the number of Sudanese turning away from the Islamic faith grows, Muslim leaders have increased their attempt to squash any other faith-based or atheist belief system.

On the Internet, a posting by Mosab Hmad, once a primary health care provider and local emergency room doctor who has now left the country, claims “Atheism in Sudan is somehow distorted than it’s counter part in other countries. for instance, we have communist group as part of the four major political parties and guess who are the majority of this collection! definitely atheist. they don’t speak it out loud but you can get it from their behavior and logic. the thing is government of Sudan use this party as scape goat for any seemingly conflict as they are against God and the good Sudanese citizen. If a person gets charged as Atheist he is gonna be hanged.”

Although you will not ever admit it to your parents, what you long for as an atheist is a connection with other atheists. You want to engage with others who believe, like you, that reason should outweigh the dogma that has engulfed your country, trampled on human rights, and brainwashed so many. You want to feel you are a part of the larger atheistic community. Atheist Alliance International connects and supports atheists worldwide.