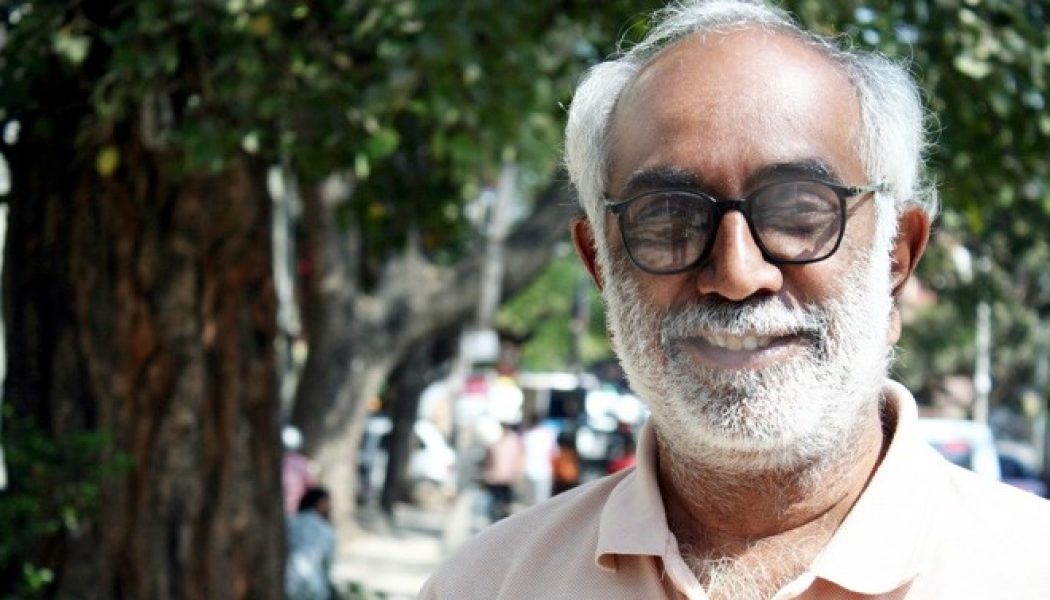 Professor Narendra Nayak hates superstitious beliefs. He has seen firsthand the harm they cause. More than that, he hates the poor being cheated by contemptible people who use the culture of superstition so prevalent in India to trick people into giving away money and possessions they cannot afford.

An ordinary person may feel distressed or angry about these shenanigans, they may complain to their friends about it, or even write letters to newspapers or politicians. But Professor Nayak is no ordinary person. In 2006, Nayak took early retirement from his job as Assistant Professor of biochemistry at the Kasturba Medical College in Mangalore and vowed to work fulltime to combat the godmen. He said the trigger for his decision was news of the ritualistic sacrifice of a girl in Gulbarga, Karnataka state that occurred in 2004. Superstition not only impoverishes people, it can kill them too.

Professor Nayak, from Mangalore, is one of India’s most famous godman debunkers. He is an outspoken atheist, rationalist, and skeptic who has spent the past 12 years conducting grassroots level campaigns on myth busting, debunking superstitions and promoting science and critical thinking all across the country. He has conducted more than 3,000 seminars in city schools and colleges and many in the open air in remote villages where a warm bath, good food, and a soft bed are luxuries that can only be dreamed about. 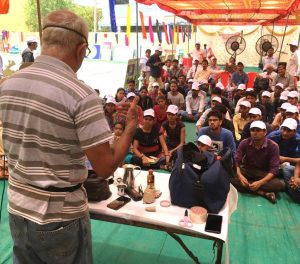 Professor Nayak presenting outdoors to a group in rural India

His public sessions are adapted for people of all ages, starting from children as young as 10 to working professionals. The sessions are entertaining and make spectacular visuals. National Geographic Channel, Discovery Channel and Australia’s Channel 9 have all showcased his work. Millions in India have seen him on TV performing psychic surgery, materializing objects from nowhere, and challenging godmen in India and Nepal to demonstrate a miracle. He has offered a million rupees to anyone who can demonstrate a miracle under controlled conditions.

He is a recipient of multiple awards including Distinguished Service to Humanism Award in 2011 from the International Humanist and Ethical Union and Lawrence Pinto Human Rights Award in 2015.

Debunking godmen in India does not make for a safe life. Fellow rationalist Narendra Dabholkar was shot and killed whilst on a morning walk in 2013. Dabholkar’s murder was one of a string of murders of rationalists in India, including Govind Pansare and MM Kalburg. In addition to murders, there have been dozens of attacks on rationalists. Nayak has but survived three murder attempts but suffered head injuries during one of them.

During an interview with the Times of India, Nayak said, “The threats are real. It’s risky. Unless a person has courage and conviction, it’s not possible to propagate rationalism. They have killed (Narendra) Dabholkar now, the next person could be me. But I won’t be out of it just because of threats.”

India is fortunate to have a man as dedicated, selfless and courageous as Nayak. But he is no longer a young man. He was born on 5 February 1951 so retirement is imminent. AAI salutes Nayak for the enormous work he has done combatting the godmen of India and would like to see his work carry on. To support this ambition, AAI will recruit younger people to take over the reins and will campaign for the funds to continue his workshops in the future.

PREVIOUS: The Program | NEXT: The Apprentice