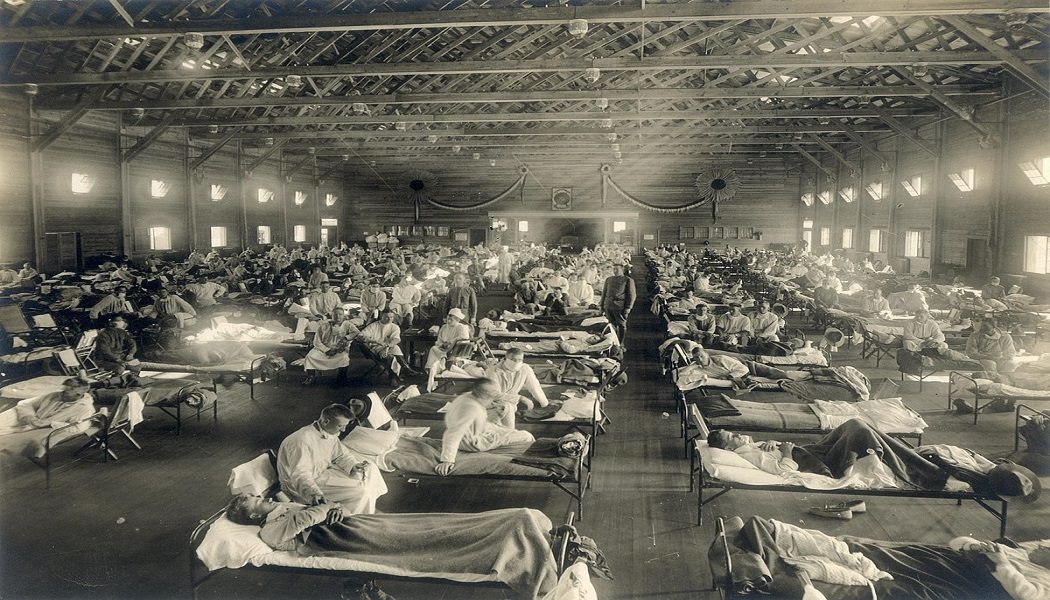 In a discussion with a theist, I stated that one of the most basic observations we can make about the world, when looking at it objectively, is that there is no god protecting anyone. As far as we can tell, no groups whether based on religion, age, or innocence are immune or better protected from the ravages of life.

I was told that this was a claim on par with saying there is no god and that it wasn’t a scientific statement. Well, it is backed up by science and statistics, and is an objective fact, as far as we can tell. All people are subjected to misfortune and doom based on the indifferent laws of physics that move our universe. Falling trees don’t refrain from killing who walks under them because of whom they may pray to. Hurricanes and plagues slaughter people no matter their beliefs, and often false causes and information provided by religion (e.g. demons, witches, heretics, god’s wrath) have exacerbated the death and bloodshed throughout history.

For millennia, despite the much greater frequency of prayers and rituals, people lived short lives of misery. This didn’t improve until modern science accurately identified reality and was thus able to alter it. Ironically, today it’s the people in the most religious societies who haven’t fully reaped these advances and who tend to live the shortest, most impoverished, sickest, and most violent lives. How weak, how irrational a position that has to parade endless excuses and a hide-and-seek god that operates in a way where the universe looks like it would if he did not exist. God works mysteriously when something bad happens, but his behavior is seen as quite intelligible when it’s something good.

When engaging in this topic, the excuse of free will won’t be far off. But a loving god, like a loving person supposedly made in his image, will not sit by while others suffer. They will not be an absentee parent that is never present in any verifiable way. Similar to the once apparent ubiquity of miracles, god showing himself and interfering, supposedly violating our free will, didn’t seem to be a problem in times past before we had technology like smartphones everywhere to capture and verify it.

Free will is a tricky subject, whether the universe is determined or random. However, many levels of it have been disproved by science. Nevertheless, god’s presence would not eliminate free will if it did exist. People would still have the choice to follow him or not, secure in the knowledge that a god, and a particular god and its clear and particular nature and/or requirements exist, instead of the vague and conflicting and weak “evidence” we now have.

And have you asked: is there free will in heaven? If there is, then why can’t this world have had free will and be like heaven? Why can’t this world have been made heaven in the first place? What does free will have to do with cancer and hurricanes or the innumerable lethal threats inherent in the design of things such as parasites and the single hole we use for eating, drinking, and speaking? Though virtue and integrity are beneficial in myriad ways, and their alternatives equally deleterious, why isn’t this world so designed that integrity and virtue are always rewarded and innocence protected?

The fact is, it is people who have overcome their metaphorical demons, gone with the cooperation side of their evolutionary instincts over the tribalistic, and bettered the world with medicine, law, charity, science, art, and civilization with no god detectable anywhere in the story. If he ever was there, it can be said that people have been improving his botched work.

The fall of humanity documented in the Adam and Eve story might be brought in next. But this story was plagiarized from the older Sumerian culture, is completely disproved by science, and has numerous logical and moral problems. This story glorifies ignorance when knowledge is, and has been, the life-blood of progress. It blames it all on a woman which has justified misogyny for millennia.

Its all-knowing god also put that tree in the garden, knowing what they would do; he’s a god of games and traps. He also punishes them for a wrong when they had no conception of right and wrong. Damning generations with original sin for the crimes of ancestors (the crime of being how god made them and how he knew they’d be), goes against centuries of Western law and conceptions of fairness.

When we search holy books for other, better excuses for the immense suffering in the world, the paucity is deafening. In the book, God’s Problem, New Testament scholar Bart Ehrman surveys the conflicting Biblical explanations which range from “suffering is punishment” to ‘suffering is a test’ to ‘suffering is simply the nature of things’ and ‘God will make it all right in the end.’ Aside from the contradictions, what lesson is there for the children killed by cancer? What growth, via suffering, is there for them or their devastated parents? Are parents that abuse or neglect their children but then reward them worthy of praise? We do learn by a healthy dose of suffering, but a god could have made a universe where that’s all we deal with, or where no suffering was necessary at all.

Holy books go on to tell us such things as belief protects against poison (Mark 16:18). Many of these claims are as demonstrably false as the claims that belief in god is the prime road to virtue and success when prisons are full of believers and many of our most successful people (and countries) don’t believe. Or the claim that non-belief leads to nihilism when supernatural religion is so often a symptom of nihilism rather than a cure for it, reigning most fiercely in times of darkness. Think also of the absurdity of the endless wars over inherited faith, where both sides could believe they had god on their side (making them capable of anything) and god, after having never spoken clearly or at all, and causing this situation has never spoken up to declare one right, or stop the fighting.

Contemplating prayer, a plethora of questions ensues. If one believes everything happens according to their god’s perfect will and plan, isn’t prayer asking that he alter that perfect will and plan? If he’s already aware of what has and will happen, why let him know? Is he not the cause of the problem in the first place, or the one who allowed it to happen and did nothing?

Why do supposed answered prayers occur at the rate of chance and why when tested via controlled studies are prayers shown not to work? Why don’t hospitals employ faith healers? Why is there never any miraculous healing except in cases where the cause could be something else (like the many diseases that naturally subside) and the miracle can’t be verified (limbs are never regrown)? Won’t it rain eventually whether or not you pray for it, depending on the forecast, not your prayer?

Would believers ever rely solely on prayer? Would they want government leaders or doctors to do so? Would answered prayers interfere with supposed free will? What if you’re praying to the wrong god or in the wrong sect? Aren’t there many instances where tangible action could be taken but all we hear are “thoughts and prayers”?  Has prayer ever been demonstrated to do anything beyond serving as a placebo or show of solidarity?

Why do children pray for something as simple as rain in places such as Africa, but never get it and die? While ignoring those children, why would a god respond to the prayers and choose sides in football games, wars, or that raise you so desperately want? Why would this god choose to favor one and punish others—the other team, the other army, your coworker—so that you will benefit? Isn’t the god paradigm rather like a mayor of a town choosing who will eat, succeed, or even live? Is that a moral, attractive, or in the least bit supportable conception of how the universe works?

How about children in prayer, thanking the heavenly father for sparing them while their siblings beside them have either been slaughtered or allowed to be slaughtered by this father? Or when children that have been fed thanking that father for their food while their siblings beside them are lying dead of starvation? What of a father who never goes away and who keeps his children as children eternally, never letting them grow up? How would an earthly father with equal characteristics fare and be viewed in the world?

Believers, for the foreseeable future, will likely keep attending massive sermons amidst pandemics and dying like everyone else. Another family will survive another plane crash and thank God, knowing full well countless other families perish despite their faith. Those who have risked their lives to fight injustice will again pass prematurely, while callous, misinformation-spewing narcissists remain in power. Followers of these men will likely keep thinking they were installed by god even as one crisis after another besieges them. All of these people will likely remain on bended knee, praying and believing in providence, despite all evidence to the contrary.

Anyone can invent stories or excuses for why the world doesn’t match up with the asserted governance of it by a benevolent being; with a supposed protector who doesn’t seem to protect anyone or do anything. Comfort may be drawn from these stories, but it’s worth continually interrogating this religious mindset and asking how rational and useful for actually bettering the world it is.

Science has shown that the universe operates by impersonal patterns or laws and is completely indifferent to us, we being infinitely small in it. That all progress has come from actual human action: the acquisition and application of knowledge. It is science that offers us the clearest, best, and as far as can be seen, the only path to approach immortality.  It’s demonstrably the case that for all of history, until the coming of modern science, gods, prayers, rituals and the religious mindset did not alter the exponentially lower quality and length of human life. Nor did prayer ever do much to silence, when it wasn’t busy contributing to, the eternal echo of the screams and cries of the innocent.

Will you say, in seeing this mass of victims: “God is revenged, their death is the price for their crimes?” What crime, what error did these children, Crushed and bloody on their mothers’ breasts commit? Did Lisbon, which is no more, have more vices Than London and Paris immersed in their pleasures? Lisbon is destroyed, and they dance in Paris!
– Voltaire, poem reflecting on the Lisbon earthquake of 1755

This massive event, which shook Europe in multiple ways, is a perfect microcosm of our indifferent universe. Occurring on All Saint’s Day, masses of the faithful were crushed in their churches as they worshiped while brothels were left intact. Candles that were left out for the occasion further exacerbated the situation with fires; a subsequent tsunami followed in the wake of the carnage. Further adding to the event’s status as a microcosm, different religions, and religious sects blamed each other and gave contradictory explanations, while the atheists writing the Encyclopedia in France focused on what were the actual, natural, scientific causes.