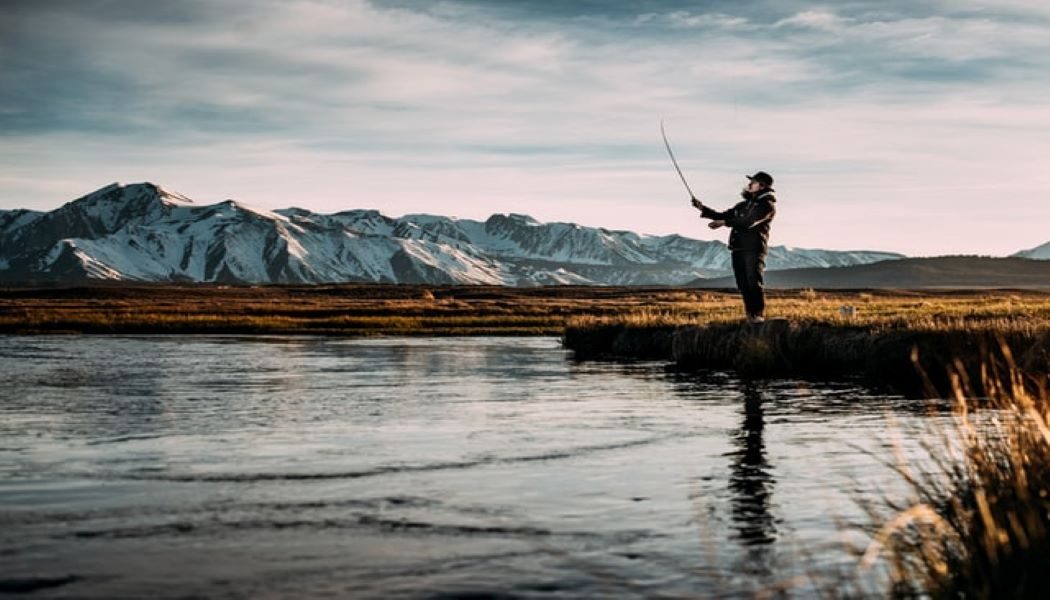 If you’re an avid fisherman, you understand the importance of two things: If you want to catch them, you have to have the right lure, technique, and delivery. And if you don’t catch anything at all, a day on the lake is still better than work. Unless of course, your job is being a fisherman then maybe you managed to do what most of us can’t; that is, love what you do and make a living at it.

So I spent the past weekend on my annual fishing trip and can report we did rather well in our catch. It’s been something I do every year, heading to Atlanta, Michigan where I spent my summer vacations in my youth, learning to fish from my grandmother. Now as an adult, I go one weekend a year to continue the tradition. And before the trip, I usually head to the sporting goods store to see if there are any new lures or accessories that I can add to my tackle box. And nearly every year, I browse the seemingly endless new products and don’t get anything new. I rely on the same lures, technique, and delivery as years before because they’ve worked well enough.

However, this year, I tried a new lure and was rather shocked to discover it matched and maybe even outperformed my tried and true from as far back as the 1970s! In fact, it snared the four major species in the lake in question whereas my go-to only snagged two. And I started thinking, isn’t it typical that we can go much of our lives doing the same thing, acting out the same behaviors, retaining the same beliefs, only to find it takes one change to provide a new way of thinking?

How many times have we atheists attempted to show someone their religion was leading them down a dangerous or at least, poor lifestyle choice only to be rebuffed? How many of us have one lure or technique? How many of us have all the facts but poor delivery? Do you use the same technique on everyone when trying to help someone out of religion?

If we want to fish people out of the dark ages of thought, we should try numerous approaches. While some people respond to well-reasoned arguments, some people respond emotionally. Some people will watch YouTube videos, some would rather read. And some will engage in conversation. And I do mean conversation, not being talked down to. If you’re an active atheist and not finding yourself successful, maybe it’s time to try a new lure and/or technique.

While I suggest trying numerous approaches, there’s one that I’ve found works the best, always applicable in conjunction with other techniques. I’ve found that not trying anything at all but being an example is its own reward. By this I mean, living a positive life, providing help for goodness sake, not being pushy, not even bringing up religion in conversation. Just being a beacon of the best human being you can be, showing life without religion is desirable and beneficial.

If someone likes you, they’ll be more apt to want to be like you. They may mimic your behaviors, adopt your thoughts, and entertain your preferences and belief systems. I’m not saying bend over backward and sacrifice your own beliefs to please someone. I’m talking about the best lure I know and that’s simply being a person people want to know and hang around even if you disagree on some things.

When I find someone willing to discuss the topic with me, the first thing I do is find out why that person is religious. Then work on that aspect. It may very well be they have no idea. It might just be something they grew up with and never questioned. Or maybe they’re afraid of death. Or maybe they feel they need daily help from something stronger than them. Whatever it is, start there if and only if they’re willing to examine it. If they’re not, fish elsewhere. But at all costs, don’t blow a second or third chance in the future because you start to badger the person and become someone they no longer wish to engage with.

So when talking to the religious, we have to ask ourselves, do we want to be right and spend a catch-less day out on the lake, basking in our own sun? Or do we want to catch fish? Believe me, catching fish is a more splendid day. Some days you have to cast different lures and use different techniques and quite often, the fish just watch and do nothing. But sooner or later, if you do it well, they get curious enough to bite.

Eric Wojciechowski
Eric Wojciechowski has a degree in psychology from Oakland University and writes essays and articles on politics, religion, pseudoscience, and woo-woo. Published work can be found at American Atheists magazine, Skeptic magazine, Skeptical Inquirer and Free Inquiry. His 1997 article in Skeptic magazine examining claims of Zecharia Sitchin was chosen for inclusion in The Skeptic Encyclopedia of Pseudoscience. Has also written two novels and a collection of short stories. He currently resides with his wife and two children in Livonia, Michigan.