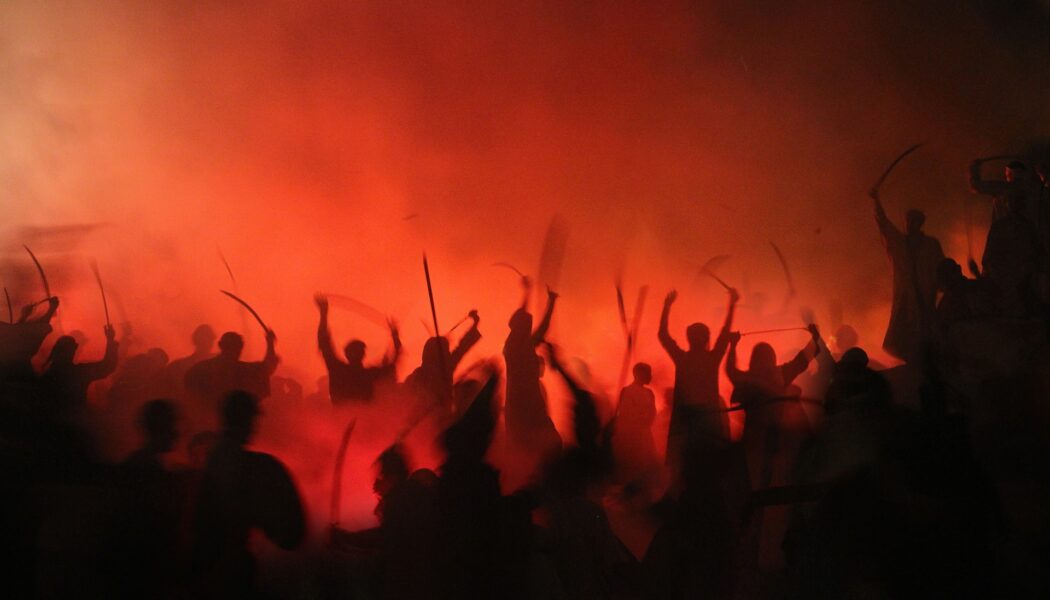 Last Friday, a mob of factory workers in eastern Pakistan tortured and burned a Sri Lankan manager for alleged blasphemy in a ‘horrific vigilante attack’ that Prime Minister Imran Khan Tweeted was ‘a day of shame for Pakistan.’ Khan condemned the assassination and stated that he would personally oversee the probe and that those responsible will be held accountable.

Investigators believe the attackers accused the manager of blasphemy for ripping down a poster with Islamic Holy Scriptures, according to a police official in the eastern town of Sialkot who spoke on the condition of anonymity due to the sensitivity of the case.

A spokesman for the regional government, Hassaan Khawar, told journalists that “Fifty persons have been identified and arrested thus far.” The identification of suspects is made that much easier, as many brazen zealots posed for selfies with the burning body.

Previously, a student in Bahawalpur killed his teacher for blasphemy, while a Pakistani student was beaten to death by classmates in another case. More recently, the blasphemy case against Asia Bibi, her acquittal, and the subsequent protests over her release led to her flight to safety in Canada. Not only does blasphemy-related vigilante violence exist in Pakistan, but the perpetrators of these crimes often enjoy complete immunity. That is because these acts of persecution and violence are motivated by a belief in Islamist superiority, which the state has failed to combat but instead encouraged.

According to correspondents, simply accusing someone of blasphemy, as well as defending those accused of blasphemy or pushing for the rules to be changed, is enough to make them a target for hardliners.

Many people believe that the legislation, as established by General Zia-ul Haq’s military administration in the 1980s, is taken directly from the Quran. Since 1986, when the Pakistan Penal Code was amended to include the death penalty for blasphemy, over 4,000 blasphemy cases have been filed, with at least 75 persons extrajudicially executed over claims of insulting Islam.

Any long-term change in Pakistan’s Islamist laws will demand changes. Because if a state favors one religious community over others and imposes the majority religion’s norms on all of its citizens, it cannot claim to be a democracy or fully defend the rights of its minority.

Blasphemy lynchings and forced conversions can only be avoided if human rights are respected and civic law takes precedence over religious law. The only way to achieve this is to secularize the constitution.