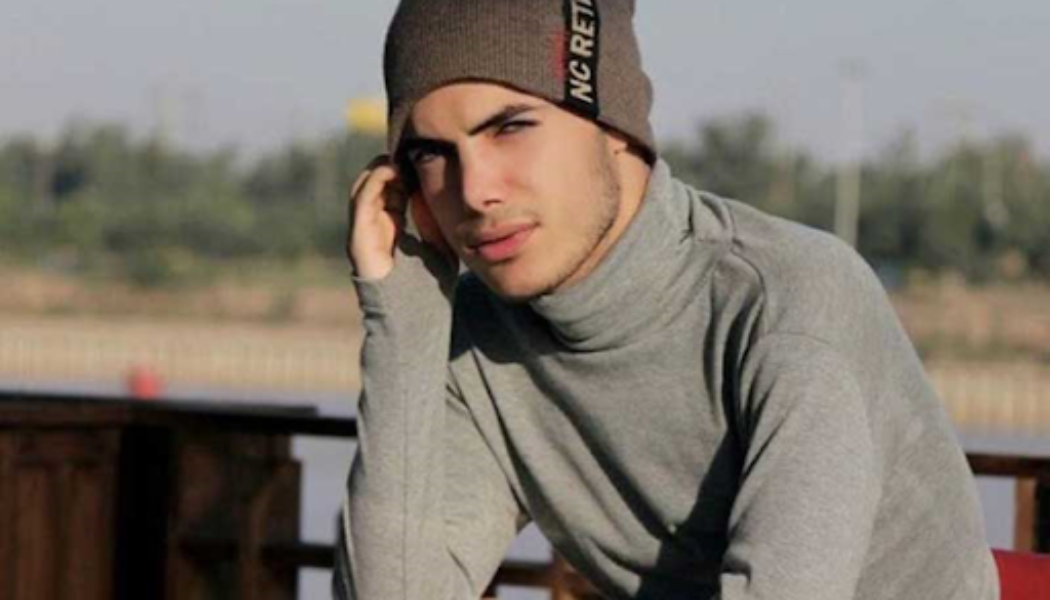 LGBT rights activists have reported the killing of a young gay named Alireza Fazeli Monfared in Ahvaz, Iran. This 20 year old Iranian man was allegedly murdered, or beheaded according to some reports, by the family members in the southwest province of Khuzestan in Iran.

According to reports from Iran, Alireza Monfared was murdered earlier this month by his brother and cousins after they learned he had been exempted from military service due to his homosexuality. Iran’s LGBT community is brutalised both by the regime & by bigotry in certain families. According to reports, up to two people have been arrested in connection with the murder, which occurred on May 4 near Ahvaz, the capital of Khuzestan Province. Aghil Abyat, Monfared’s partner, told RFE/RL that Monfared was supposed to join him in Turkey on May 8. BBC reported it had received audio recordings of Monfared saying he was in danger from family members and that he was planning to flee Iran.

In Iran, homosexuality is punishable by death, and sexual minorities are forced to conceal their identities. The UN’s special rapporteur on the situation of human rights in Iran expressed concern earlier this year, citing allegations that the country has exposed LGBT citizens to torture and brutal, barbaric, and degrading abuse.

Sexual acts involving the same gender are punishable by imprisonment, corporal punishment, or execution. The legal system of the Islamic Republic, including the Islamic penal code, is based on a strict interpretation of Islamic law. Sexual interactions between two men or two women are not permitted.

“Our culture has moral principles,” Iranian Foreign Minister Mohammad Javad Zarif said in June of 2019, defending his government’s execution of gay citizens. “These are the ideals under which we work. There are general legal guidelines for human conduct. That the law is upheld and followed”, he added.

According to the United States State Department’s 2019 Country Reports on Human Rights Practices, Iranian security forces assaulted and detained LGBT citizens, searching their homes and tracking their internet usage to collect intelligence. Individuals charged with sodomy were allegedly subjected to forcibly invasive exams whilst in regime detention, which the United Nations and World Health Organization classify as potentially torturous.

Discrimination based on sexual orientation or gender identity is not prohibited under Iranian rule. Same-sex marriages, civil unions, and domestic partnerships are not recognized by the Constitution. The regime also censors LGBT-related blogs, including Wikipedia pages and other outlets.

LGBT Iranians have also been affected by Iranian society’s misunderstanding of the distinctions between homosexuality and transsexuality. Parents have compelled their gay children to undergo sex-change treatments, and local doctors and physicians have recommended therapies for homosexuality, which they also regard as a psychiatric disorder. Officials often confuse consensual sex with abuse, a problem that still occurs inside the regime. When an execution involving sodomy charges is announced, it’s impossible to tell if the convicts were having consensual intercourse or whether it was a rape event. One of the many inconsistencies of LGBT life in Iran, is that homosexuals are given military immunity on the grounds that they are mentally ill and therefore unable to perform official duties.

LGBT topics are particularly taboo in Iran and are rarely debated in public. Even though homosexuality is decriminalized, it may take decades for it to become widely permissible in the Islamic Republic of Iran and as a result, many LGBT citizens in the country feel marginalized in society.