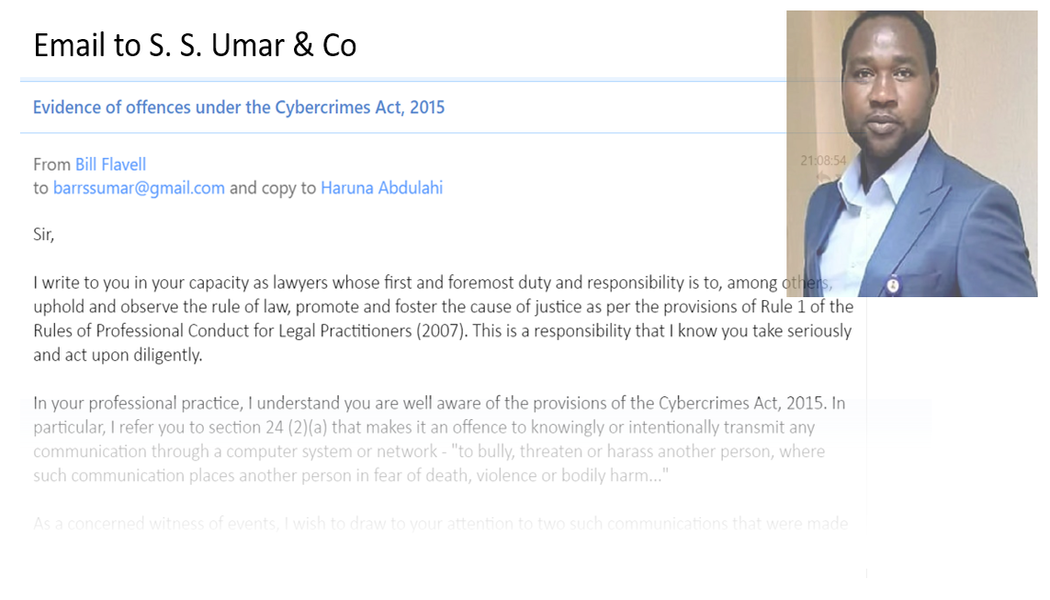 S.S. Umar & Co is a small legal practice operating from a modest office located at 328 Zoo Road, Kano in Northern Nigeria. The principal, one Salisu Salisu Umar, combines his legal work with property consultancy. After eight years and seven months running this business, Mr. Umar does not seem to have invested in a website and cannot be found in any of the trade directories that list the many legal practitioners operating in the area.

If he has not achieved stellar success in his chosen profession, in recent weeks, Mr. Umar has hit the headlines for another reason. He made a complaint to the Kano Police Command about the President of the Humanist Association of Nigeria, Mubarak Bala. This complaint resulted in Mubarak being arrested within 24 hours—an extraordinarily rapid response for a police force with a reputation for working at a much more leisurely pace. You might wonder what manner of crime would prompt such a response? Assassinating a leading politician? Bombing a shopping center? Attacking a remote village? None of these things. Mubarak wrote a 20-word post in Hausa on his Facebook page. That’s it.

The problem was that Mubarak mentioned Muhammad in a way that offended some Muslims. Among the offended Muslims was Mr. Umar himself. But this left Mr. Umar with a problem—Mubarak had committed no offense. Section 38 of the Federal Constitution guarantees the right of free expression.

But the wily lawyer came up with two possible ways in which an offense might have been committed. The first was to invoke section 210 of the State’s Penal Code. This makes it an offense to incite contempt of religion in a way likely to lead to a breach of the peace. The problem with this is it takes away rights conferred by the Constitution and, since the Constitution is the superior law, the use of this clause is moot.

The lawyer’s second way to criminalize Mubarak borders on the laughable. The lawyer turned to the Cybercrimes Act 2015 which outlaws online racist and xenophobic attacks (but does not outlaw criticism of religions). In his offending post, Mubarak likened Muhammed to a terrorist. The perverse logic Mr. Umar came up with was this “Mubarak’s characterization of Muhammad as a terrorist follows that his followers, the Muslims, are also terrorists. And this is a racist and xenophobic attack…” Perhaps I should respond by saying I follow Manchester United but I am not a footballer!

The irony here, of course, is that many Muslims have threatened to kill Mubarak for his Facebook posts. And this brings me to the main point of this article. In his complaint about Mubarak, Mr. Umar is anxious to explain the reason he is making the complaint. He talks of his “foremost duty and responsibility … to uphold and observe the rule of law” and so that offenders will know that “Nigeria is not a lawless land”. These are fine words but is Mr. Umar being completely honest with us? I decided to put him to the test.

Today, Mubarak has been held incommunicado, whereabouts unknown for 12 weeks. To mark this awful milestone, I sent Mr. Umar an email, copied to the Kano Police command, giving exact details of two Muslims who have threatened Mubarak online with death or injury. This is clearly contrary to section 24 (2)(a) of the Cybercrimes Act and requires no creative logic. I have asked Mr. Umar to file a complaint with the Kano police regarding these two individuals. Let’s see if he is so anxious to uphold and observe the rule of law when the accused is not an atheist but fellow Muslims. I will let you know.

Full text of the email

The full text of my email is shown below, parodying the obsequious and disingenuous text from Mr. Umar’s original complaint.

I write to you in your capacity as lawyers whose first and foremost duty and responsibility is to, among others, uphold and observe the rule of law, promote and foster the cause of justice as per the provisions of Rule 1 of the Rules of Professional Conduct for Legal Practitioners (2007). This is a responsibility that I know you take seriously and act upon diligently.

In your professional practice, I understand you are well aware of the provisions of the Cybercrimes Act, 2015. In particular, I refer you to section 24 (2)(a) that makes it an offence to knowingly or intentionally transmit any communication through a computer system or network – “to bully, threaten or harass another person, where such communication places another person in fear of death, violence or bodily harm…”

As a concerned witness of events, I wish to draw to your attention to two such communications that were made yesterday. Specifically:

“Muhammad Saleh Umar
Mubarak Bala will never be freed up..
He’ll suffer from his dreadful mistakes..
He’ll face his Waterloo, just kill him              5

“Xain Malik
I stand with mubara bala on cutting his neck to reap what he sow.    2

These comments both relate to one, Mubarak Bala, a gentleman in whom I understand your firm has recently taken an interest. The comments were made on the Sahara Reporters Facebook page and may be found by following this link:

I therefore humbly lodge this information with you in the hope that you will raise complaints with the Kano State Command of the Nigerian Police Force so these offenders may be brought to book so they will know and understand that Nigeria is not a lawless society, and there is a police force that has very wide and expansive powers provided under section 4 of the Police Act 1967.

Please accept my warmest regards as I await your prompt and positive action.