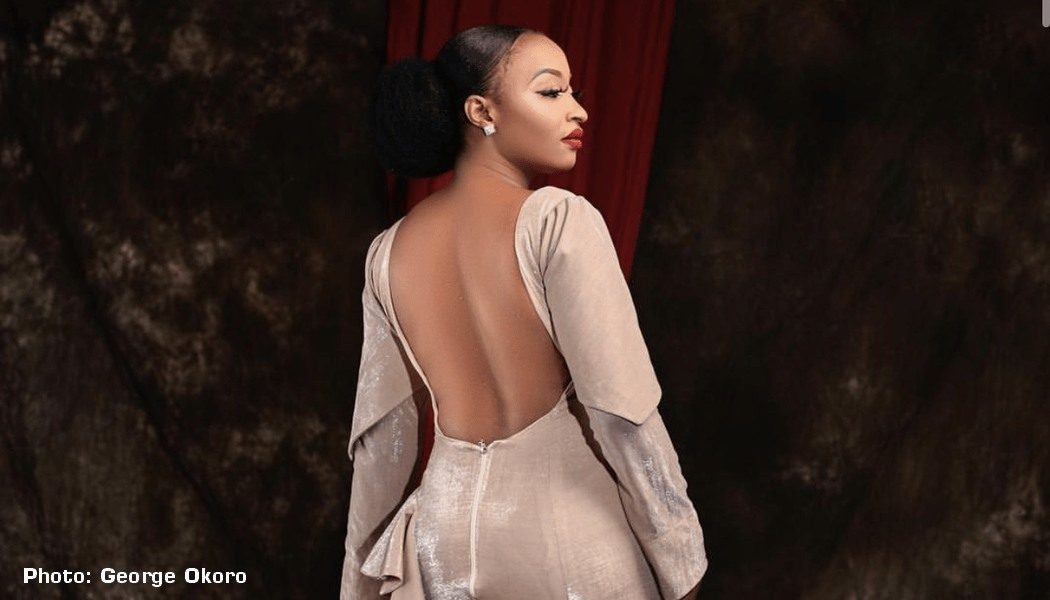 Zealous Muslim, Lawal Muhammad Gusau, has weighed in on the incident involving popular Kannywood actress, Rahama Sadau. The actress posted photos of herself wearing a backless dress on her Instagram account. Sadau publicly apologized after the photos sparked angry arguments between those fans who approved and those who were offended. There were complaints that at least one fan’s comment was blasphemous. The controversial images and comments have been removed from Sadau’s account.

Whatever the rights and wrongs of the behavior of the actress and her fans, it is Gusau’s remarks that need to be scrutinized. He issued a press release on 7 November entitled, “CONDITIONS TO BE MET IN RESPECT OF RAHAMA SADAU’S ALLEGATION OF BLASPHEMY ON THE PROPHET MUHAMMAD (SAW). This document made three points that are not only incorrect in law but, if applied, could lead to grave miscarriages of justice.

Gusau said, “Her [Sadau’s] Lawyers MUST be Muslim by faith. This is predicated on the fact that it is only a Muslim Lawyer that can understand the proceedings of a Shariah Court.”

This is simply not true. A Christian, Hindu or atheist lawyer with the relevant training could carry out this role competently as could an apostate lawyer who has exercised his right of freedom of conscience, and has left Islam. Gusau’s assertion is so obviously false that one has to wonder why he raises it at all? Perhaps, he will tell us? If not, we will be left with the suspicion that his motive was to minimise Sadau’s chances of being found not guilty on the grounds that a Muslim lawyer’s allegiances might be split between the welfare of his client, sentimentality towards his religion and fear of personal consequences if he presents a successful defence.

In case you feel it harsh to raise the possibility that Gusau is not an honest, even-handed player, there is plenty of evidence that he longs to see people punished if they offend Muslims (see below). Gasau’s first assertion is not only wrong but blatantly mischievous.

“1.1 This Constitution is supreme and its provisions shall have binding force on the authorities and persons throughout the Federal Republic of Nigeria.”

Every law and every legal process everywhere in Nigeria is subservient to the Constitution and religious laws are no exception. Gusau is wrong again.

Gusau goes on the say, “We compliment the resolve of Arewa Lawyers, for not interfering in the cases of blasphemy against one Aminu Sherif and Umar Faruoq. We expect the Arewa Laywers and most particularly Lawyers in Kaduna not to interfere in Rahama Sadau’s case.”

Arewa Lawyers is an association of Lawyers in Northern Nigeria. Its members are predominantly, or exclusively, Muslims. For those who are not familiar with the blasphemy cases of Aminu Sharif and Umar Farouq, Sharif is 22 years old and Farouq is 13 years old. Both were accused of blasphemy and tried in a Shariah Court in Kano. Both were found guilty on 10 August 2020. Sharif was sentenced to be hanged and Farouq was sentenced to 10 years imprisonment with menial labor. Both sentences are currently being appealed.

Neither defendant benefited from legal representation. Throughout their trials and sentencing, they had to speak for themselves. Why? Because, despite the court asking for lawyers to be provided, no lawyers stepped forward to help them. This was the “not interfering” that Gusau applauded the Arewa Lawyers for.

The Federal Constitution Chapter V: 36.4 mandates the right to a fair trial and Section 36.6 (c) gives everyone the right to “defend himself in person or by legal practitioners of his own choice;”

We are forced to the conclusion that Gusau is using his influence to deny Rahama Sadau her fundamental rights to be legally represented which is guaranteed by the Federal Constitution.

I note that Gusau also made a public intervention in the case of Aminu Sharif. On 14 September, Gusau’s lawyers, Abubakar A. Ashat & Co, wrote to the the Kano State Attorney General offering his full support after learning that the death sentence was being appealed. The letter said, “Our client [Gusau] desires that YAHAYA SHARIFF AMINU goes to the Gallows in accordance with Islamic Injunctions.”

Gusau even wrote to Saudi Arabian Prince Muhammad Bin Salman and Ayatullah Ali Khamenei, the Supreme Leader of Iran asking them to intervene in the Sharif case.

One Question for Gusau

Gusau is a religious zealot who puts his religion above the law and above human rights. He is a danger to law-abiding citizens in Nigeria. In a country in which religious tensions are always present, Gusau’s anti-Constitutional interventions and his demands for citizens to be put to death for religious “crimes” serve only to exacerbate inter-religious ill-feeling.

Gasau would do well to recall that blasphemy is a crime under Section 382 (b) of the Kano state Shariah Penal Code 2000 but the superior law, the Federal Constitution Section 39.1 guarantees the fundamental right of free expression, “Every person shall be entitled to freedom of expression, including freedom to hold opinions and to receive and impart ideas and information without interference.”

How can a right guaranteed by the Federal Constitution be a crime? That is the pertinent question.