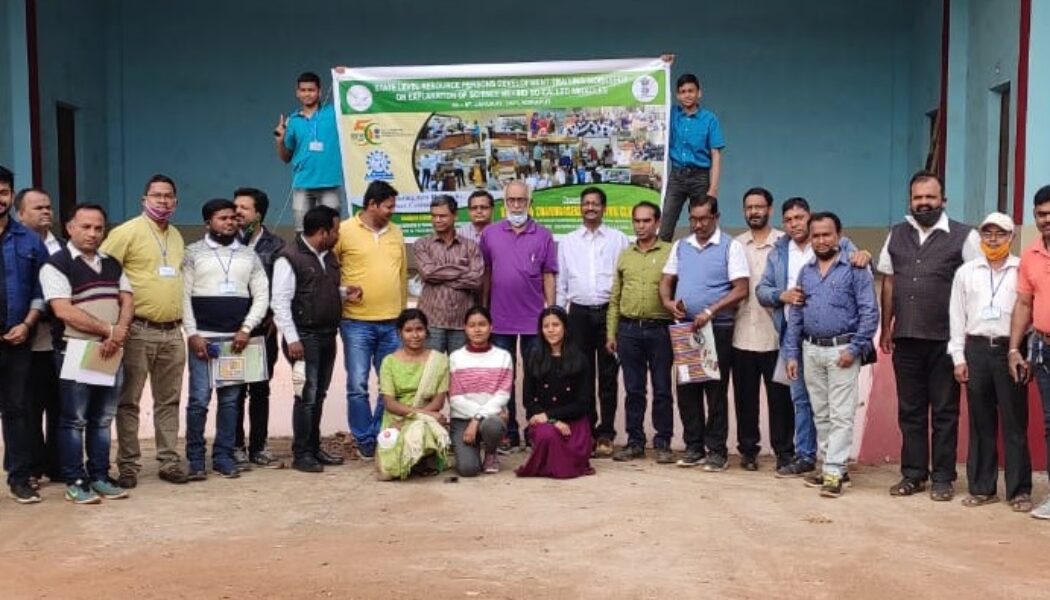 From the president of the Federation of Indian Rationalist Associations (FIRA) & AAI advisor, Narendra Nayak:

During the nine months from March to December 2020, we did not have much scope for activities. My last workshops before things locked down for covid were on 8th, 12th, and 15th March.

Coincidentally in the last week of March, I was down with a fever which I strongly suspected to be that! However, due to the scarcity of available testing facilities, I could not get the same confirmed. But, antibody tests done later confirmed it and gave me the courage to get on with programs! In the third week of October, I had the first physical program of the inauguration of a state level workshop. In June we had a small public demonstration of eating during a solar eclipse! Though it was with physical distancing and a few members around it got good press coverage because in India people do not venture outdoors during eclipses let alone eat! Because it has been drilled into their minds that eating during such events can cause deformities and diseases!

In December, the first workshop was organised at a place called Bhubaneshwar around 2500 km from Mangalore where I am based. This had been sanctioned for the previous accounting year and was to be in April 2020 but had been postponed due to covid19. The workshop is under the heading of explanation of the science behind so-called miracles, but is actually debunking them! By training science teachers to perform such so-called miracles which include things from ‘materializing objects from thin air’  to spectacular acts like dipping hand into boiling oil, fire walking, etc. tends to develop the abilities of critical thinking among students and hopefully to them discarding irrational beliefs, though not stated openly things like a supernatural power!

This workshop was held from December 8th onwards and around 40 science teachers from schools near Bhubaneshwar. Our problem with such workshops is that it is for the first time that people get exposed to such a point of view! Having grown up with all sorts of superstitions and religious practices they have never learned to question these! So, we have to develop the questioning abilities in a gradual stepwise manner! We start that by attacking the most common, crass superstitions and rituals which are the most horrible. This way in the few days allotted we get them to question.

Along with that we also train them to perform a few items which though appear to be ‘miraculous’ are actually tricks using chemicals, sleight of hand, special apparatus, mental suggestions, etc. We also show them that apparently supernatural-looking feats like standing on a bed of nails, passing burning flames over the body, dipping hands into boiling oil, fire walking, etc do not need any such powers. We explain the principles of the science behind them and most importantly perform them. How the astrologers and soothsayers make predictions and tell about the past through cold reading techniques is also demonstrated. We also teach them how the methodology of science can be taught to students through examples like correctly predicting the tossing of a coin, looking up predictions in daily newspapers etc.

With the exposure of such tricks, the claimants have supernatural powers that have changed their modus operandi to demonstrating things like arm bending of applied kinesiology, decolorizing iodine solutions, etc. Those are also demonstrated and explained. In short in the five-day workshop, a seed is planted in the minds of these people. Since the advent of the claims into the medical field is now common with the support of the govt the participants are also informed about the role of placebos, the phases of clinical trials, and quackery in general.

The second workshop of the series was held in the first week of January in a place called Koraput in the same state of Odisha. This is mainly a tribal area in which the tribal superstitions are co-existent with the others from the outside! This workshop was attended by around 30 teachers from nearby schools. In the course of that, some media coverage was also done. After this workshop was over we proceeded to another place around 250 km away where a four-day workshop was to be held. After reaching there we found that the workshop had been canceled because of problems associated with reopening of the schools after a closure of nearly nine months. The teachers could not be spared for the same.

So, I had to cut the trip short and return via Bhubaneshwar where there was a days gap. However, that too was put to good use. One of the rationalist activists whose name is Gangadhar Sahoo and who is a top official in the govt was to release his book of rationalist write-ups in Odiya called as the darkness is not gone yet. The event is described in a translation of the newspaper write-ups here.

“A book titled ” Tathapi Hatini Andhakara” (meaning the darkness has not gone yet)  by Shri Gangadhar Sahu (OAS  and director of SCERT) was launched.  It was launched by the minister of steel and mines, Mr. Prafulla Kumar Mallick. The occasion was presided by prof. Dhaneswar Sahoo and the book was reviewed by senior columnist Shyam sunder Agrawal. He said that the book will take the readers from darkness to light. Mr. Mallick said that in the 21st-century people are getting whatever they need but due to lack of education somehow the young generations are being misled. Education can eradicate superstitions he said. Only books and magazines can not help. We have to create awareness everywhere. Prof. Narendra Nayak, President of Federation of Indian Rationalist association discussed the science and blind faith during covid times. He said a small virus could close the doors of all the religious institutions of the almighty gods but science labs were open even during these hard times. Only science can save us. Secretary of agriculture Mr. Suresh Vashisht was the special guest in the programme. Education and awareness is the main theme of the book he said.”

One more workshop is now scheduled for the same state and could happen in a few weeks. This would also cover a few villages in a nearby state called Chattisgarh, where one of our members, Dr. Sukhdeve, also happens to be a deputy director of health services.