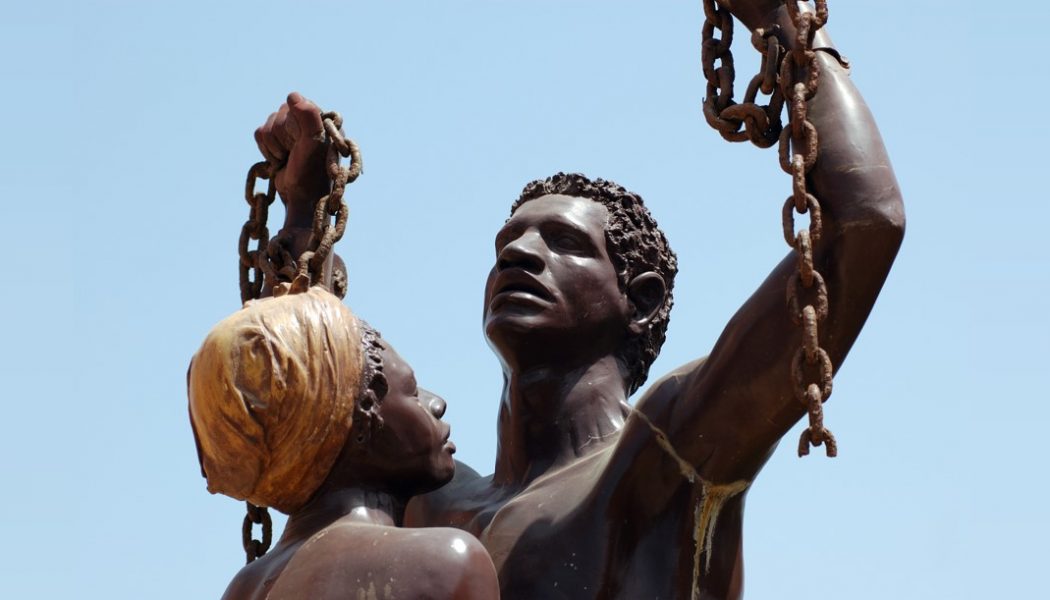 Recently a Muslim asked me, “Why is it bad to own slaves?” It’s a good question and it needs an answer.

What religions tell us

Both Christians and Muslims can answer this question from their holy scriptures, and both would find similar answers. The Bible, in the Old and New Testaments, permits slavery. Islam also permits holding slaves, especially those won as “booty” in war.

God outlaws many things from having a tattoo to eating a pork sausage but he does not outlaw slavery. So, if you are a Christian or a Muslim and you rely on God for your moral values, you should conclude there is nothing wrong with slavery.

What reason tells us

But atheists have no god to rely on and must use evidence and reason to arrive at a conclusion. How can atheists decide if there’s anything wrong with slavery?

Holding slaves is about how we treat fellow human beings so, by definition, it is a moral question. I sometimes hear people say moral questions are a matter of opinion—they are arbitrary and there are no right or wrong answers. But this makes no sense. Imagine I have a choice to push a child in front of a bus or to save a child from being hit by a bus. It is utterly perverse to argue it is more moral to push the child under the bus, or that these two actions are equally moral (or equally immoral). One act would cause death or pain and suffering that may last for the child’s entire life, whilst the other act would prevent that suffering.

I would be the first to concede that moral decisions are not always clear-cut. We rarely have complete information on which to make a decision, sometimes a decision will result in winners and losers, and sometimes the best option is extremely difficult to calculate. Imagine it’s 1895 and you discover that the name of the six-year-old you save from the horse-drawn bus is Adolph Hitler…

Fortunately, we don’t have to worry too much about these intractable edge-cases because slavery does such gross damage to a person’s well-being that it is clearly wrong.

Let’s start with the restrictions slavery imposes on a person’s freedom. From time-to-time people may wish to make decisions that they believe will improve their well-being. Here is a very short list of possibilities. A person may wish to:

As a slave, a person cannot make any of these decisions. Any such decisions would be made by the slave-owner, and the owner is under no obligation to consider the slave’s well-being.

Next is labor conditions. A slave has no employment protections. Owners decide how many hours a day their slaves will work, what time they must begin work and when they finish, what rest breaks they can take, what refreshments they may have, whether any holidays are permitted and what slaves may do in their spare time. A slave-owner does not need to pay slaves for their labor.

Then there is family life. Family life is extremely important for human well-being but slave owners are free to ignore a slave’s needs. For example, when a female slave has a child, her owner is free to sell the infant. A slave-owner may choose a spouse for a slave and may sell the spouse of a married slave. If a slave has the right to be set free at some point, the slave owner may retain the slave’s spouse and children. A slave-owner is not required to educate the children of slaves or to allow slaves to decide what kind of upbringing their children will have.

Slavery causes many more harms but I’ll conclude with the use of intimidation and violence. A slave-owner is free to brand slaves and to beat them. Slaves who are accused of doing wrong have no right to a fair trial—the slave-owner is the judge, the jury, and maybe the executioner. The Bible makes it clear that a slave-owner may kill a slave without breaking any of God’s laws. According to the Qur’an, God permits a slave-owner to have sex with his female slaves.

The atmosphere of fear that can be caused by unbridled violence is very damaging to human well-being.

At the heart of the harm caused by slavery is the fact that slaves are property and consequently lose the rights and protections that are enjoyed by citizens. The Universal Declaration of Human Rights (UDHR) is the minimum set of rights that the international community considers are required for human well-being. Article 4 explicitly prohibits slavery.

The UDHR contains 30 articles that are applicable to all humans everywhere, which is why it is known as a Universal declaration. How many of these articles are infringed by slavery? Not just one, not some of them, not even most of them. Slavery infringes every single one of them—all 30.

Someone should tell God.