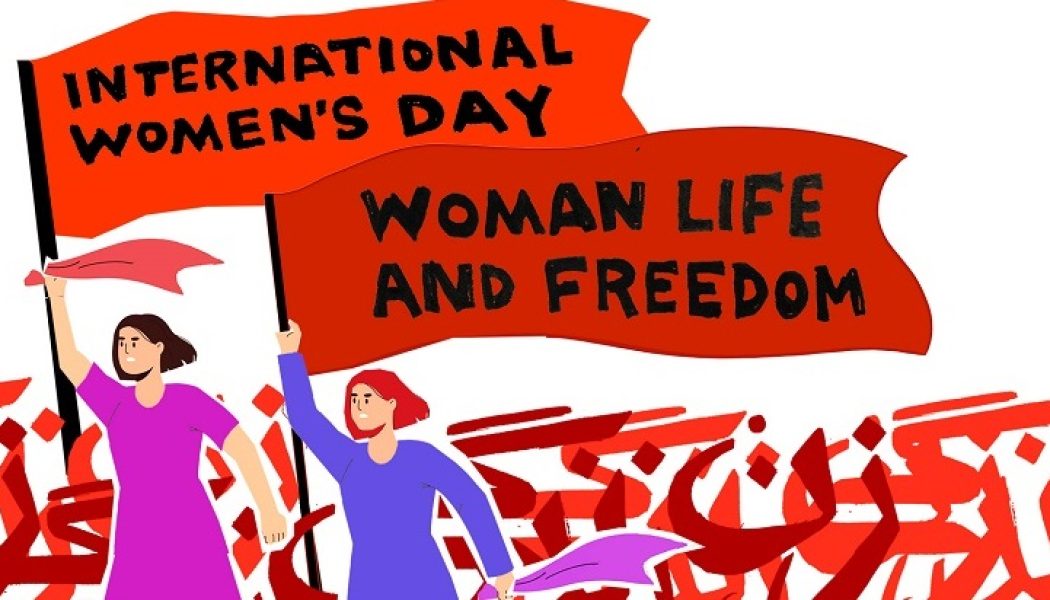 Submitted by Maryam Namazie. For more information, please contact her at: m.namazie@onelawforall.org.uk.

On 7 January, Iran executed another two young men on charges of ‘spreading corruption on earth’ during the morning call to prayers. This time it was Mohammad Mehdi Karami, 21, a karate champion and Seyyed Mohammad Hosseini, 20, a volunteer children’s coach.

Within weeks of being arrested and convicted, the two were executed after being tortured to elicit false confessions and denied the rights to an attorney or appeal. Their families were not permitted to see them before they were killed.

The current executions are a continuation of the killing of protestors on the streets of Iran since the murder of Mahsa Jina Amini by the regime’s morality police on 16 September. Since then, over 500 protestors have been killed, 18,000 arrested, many of them children.

More continue to be killed like Aida Rostami, a nurse beaten to death for assisting wounded protestors. Arrests also continue, including a chef for posting a recipe on cutlets and the well-known Iranian atheist and ex-Muslim Soheil Arabi. Arabi was beaten so badly during his arrest that he reportedly had a heart attack and was taken to hospital. He is now being held in Greater Tehran Prison. Over 40 atheist, ex-Muslim and secularist organisations, including One Law for All, have taken on his political sponsorship in order to demand his release and freedom for political prisoners.

One Law for All Spokesperson Maryam Namazie says: ‘By executing, torturing, arresting and killing young women and men, the Islamic regime of Iran aims to suppress the women’s revolution that has inspired the world with its slogan ‘Woman, Life, Freedom.’ There is no turning back, however. Whilst we mourn the loss of the best of our best, the people of Iran, and Generation Z in particular, are not backing down. They want and deserve to live a normal life that is impossible under a theocracy. The establishment of an Islamic regime in Iran saw the rise of fundamentalism across the globe. If the world wants to see this revolution against fundamentalism reach fruition, then it must take a stand against the regime and with the people of Iran. Silence is unethical, inhuman and self-defeating.’

January 8 marks the anniversary of the downing of Ukrainian flight PS752 by Islamic regime’s revolutionary guards. The mass protest will demand an end to executions and theocracy in Iran. Protestors will also call on the British government to shut down the regime’s embassy, expel its ambassador and end all relations with the sex apartheid regime of Iran.

24 January 2023, London, 4:00pm, Education, Not Execution.
One Law for All action at Unicef in support of children killed by the Islamic regime of Iran on International Day of Education. There will be children’s toys, women singing lullabies and street theatre.

1 February 2023, Global #BodyRiot on ‘World Hijab Day’
This is a global day of action to bare breasts or bras as a challenge to World Hijab Day, a day that promotes the erasure and policing of women’s bodies. The joint action has been called for by One Law for All and FEMEN in solidarity with women and girls in Iran being killed for disobeying compulsory veiling rules. ‘My Body, My Choice,’ ‘You are a pervert; I am a free woman’ are slogans raised in Iran’s woman’s revolution.

4 February 2023, Global Day of action to free Soheil Arabi
40 atheist, ex-Muslim and secularist organisations, including One Law for All, that have taken on Soheil Arabi’s political sponsorship are calling for a day of action on International Day of Human Fraternity.