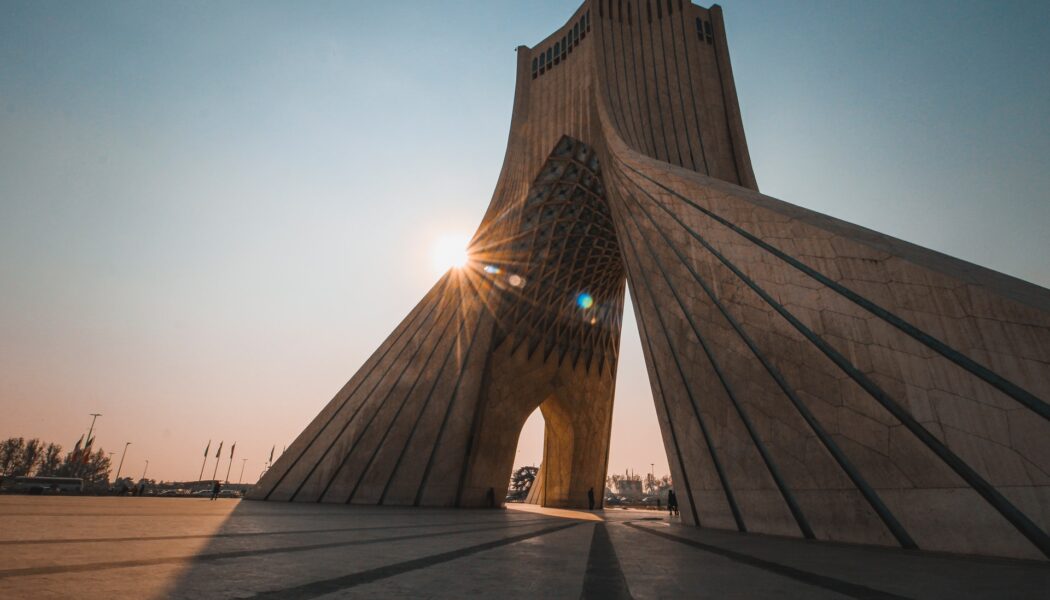 In certain societies, children are indoctrinated in religious values and beliefs and there is an effort to instill unshakeable truths such as God’s existence.

Religion, in fact, has a major influence on education and the school system in a number of Middle Eastern countries. However, Iran, as a Middle Eastern republic, is an outlier.

Education as a political tool

While the 1979 Islamic Revolution in Iran did not have a clear educational agenda, the revolutionary leaders, on the other hand, made education reform a top priority right away. Through the Islamization of education, the discourse that dominated the first stage of the Revolution aimed to achieve many goals: to spread Islamic culture, to limit the ‘influence’ of western culture, and to train a new generation of Muslim revolutionaries. These goals would have to lead Iran to create independent and internally originated socio-economical and scientific development. As the leaders believed this is a revolution in the cultural, intellectual, and social essence of this nation, and its value system and It is not a change of the political system alone. Therefore, beyond the ‘educational’ discourse, there was also a plan to use education as a tool for social control. The first moves toward Islamization were political and ideological: dismissing anti-revolutionary teachers to ensure that only those who supported the new political order remained in the classrooms, and imposing a series of restrictions on students, especially girls: the wearing of a veil became mandatory, and segregating the sexes as much as possible. The desecularization of the Iranian educational system started with these initial changes. The Cultural Revolution, which began in 1980, was instrumental in hastening ideological and religious changes.

The legislation stressed an ideological structure for schools focused primarily on Shi’ite beliefs, which were viewed as the state religion, representing the divine order on earth. The school’s most ‘sacred’ mission is to train the young Muslims in order for them to become ‘a virtuous believer, conscientious, and engaged in the service of Islamic society.’ (Paivandi S. (2006). The ‘Islamization’ of textbooks entailed adjusting scholarly awareness to Shi’ite ‘law’ and ‘values,’ as well as the Islamic state’s political vision. As a result, textbooks in geography, philosophy, literature, political education, social sciences, religion, and language no longer reflect those used prior to the 1979 Revolution.

In Iran, faith has a major influence on education: Islam is the state religion. Sufficient faith in Islam and adherence to Islamic beliefs, standards, and thoughts are prerequisites for life. The Koran is taught and learned in primary schools beginning in the first year. To be allowed to teach, teachers must pass a religious test. This exam tests your knowledge of Islamic rules, prayers, and the Koran and Hadith. The Islamic propaganda is well-organized which spreads alleged absolute truths, and recruits supporters through manipulation and emotionalization. The practice of superstition with religious connotations has dominated school curricula. Furthermore, freedom of speech is discouraged and student activists were suspended, threatened, arrested, and prosecuted on a regular basis due to their peaceful criticism. For youngsters, this has resulted in a dark and oppressive atmosphere. This has prevented children from learning and experiencing science, and it continues to do so. It suffocates their imagination and replaces excitement and a desire to learn with Islam’s ominous laws and ideals.

Religious education regarding women is one of the most damaging facets of Iran’s Islamic educational system. In the curriculum men and women also are not considered equal. Not only is this inequity evident in the lectures, but the program also attempts to explain it within religious contexts. There is no discussion of men and women’s legal and social equality in any of the lessons. In both their social and private life, men and women have gender roles assigned to them, and they are viewed as two distinct social entities that balance one another and play unique gender roles. Women are obviously the ‘second sex,’ while men are clearly the ‘superior sex.’ Women are portrayed as being strictly conservative, confined to the home and the confines of family life. They are told that the veil is a valid physical barrier for a woman to shield men and the society from any potential moral and social threat. It’s also worth noting that, according to Islam, the legal age for girls to marry in Iran is nine. It is a legal requirement that all girls celebrate their ninth birthday as the day on which they are considered mature women. This day is commemorated by a service held by the school administration. It’s known as the Takleaf Celebration.

The rule of sexual segregation is another critical feature of religious education in Iran. This law covers all aspects of people’s lives, including the workplace, libraries, and education. From the dawn of time, girls and boys have been segregated in classrooms. In schools, girls and boys are segregated from the start. Women are accused of being the root of community corruption and the origin of men being led astray, according to Islamic principles, which are the foundation of Iranian legislation. From early childhood to death, they are monitored and disciplined for this crime. Girls are placed under a lot of scrutinies at school and in society. They are forced to wear the veil (hijab). They are deprived of their freedom of movement, play, happiness, and enjoyment of social activities as a result of this.

Teaching music is another challenge for Islamic education system in Iran. Numerous Iranian leaders have ruled that all music and instrument playing is haram, regardless of the reason. Ayatollah Ruhollah Khomeini took a similar religious stance, saying, “If you want your country’s freedom, you must ban music and not be afraid of being labeled old-fashioned.” He added “Music is a nation’s and youth’s betrayal. Music is similar to a drug in that if a person develops a dependency, he or she will no longer commit himself to vital tasks.” The Deputy Minister of Education also recently declared ‘In general, music promotion, instruction, and the formation of music classes are incompatible with the Islamic Republic’s lofty goals. Fill the time with healthy sports and entertainment’. Accordingly, any school that provides music lessons will be harshly reprimanded, potentially leading to the school closure.

In a nutshell, after 1979, Iran’s educational system was Islamized, marking a significant departure from the country’s previous secular education system. In terms of comparative perspective, the process of Islamization was a unique atypical experience at the international level. While in many countries schools increasingly choose an approach of ‘teaching about religion’, Iran continues to be focusing on ‘teaching from religion.’ The mono-confessional orientation of this school is its most distinguishing feature. The Iranian curriculum is based on Shia values as well as a national identification ideology with its everlasting truths and dogmas. Shia is the root of all legal and spiritual perceptions, making them ‘value and meaning’; and viewed as unmistakable and everlasting truths.

Despite its religious and philosophical appearance, the Islamic school is essentially a political undertaking. In a transformative sense, education should play a vital role in the growth of Islamic society and the advancement of the Islamic Regime’s political and cultural goals. The place of ‘other,’ people who do not hold the same worldview, those who developed their own world view from their biography and subjectivity, is a core concern where a program is focused on one religious view. With a monolithic program, the question of independent thinking and how school understanding helps the learner to develop academic autonomy is also a real issue. School is an important part of education, as well as the development of critical thinking and free subjectivity in future people, and therefore of intercultural discourse in every community. Education sets the groundwork for a philosophy of empathy and a willingness to interact with others. A static Islamization may turn into a monolith, resulting in the formation of a closed personality and an intolerant attitude toward others.

indoctrination Iran Islam The Right to be Secular