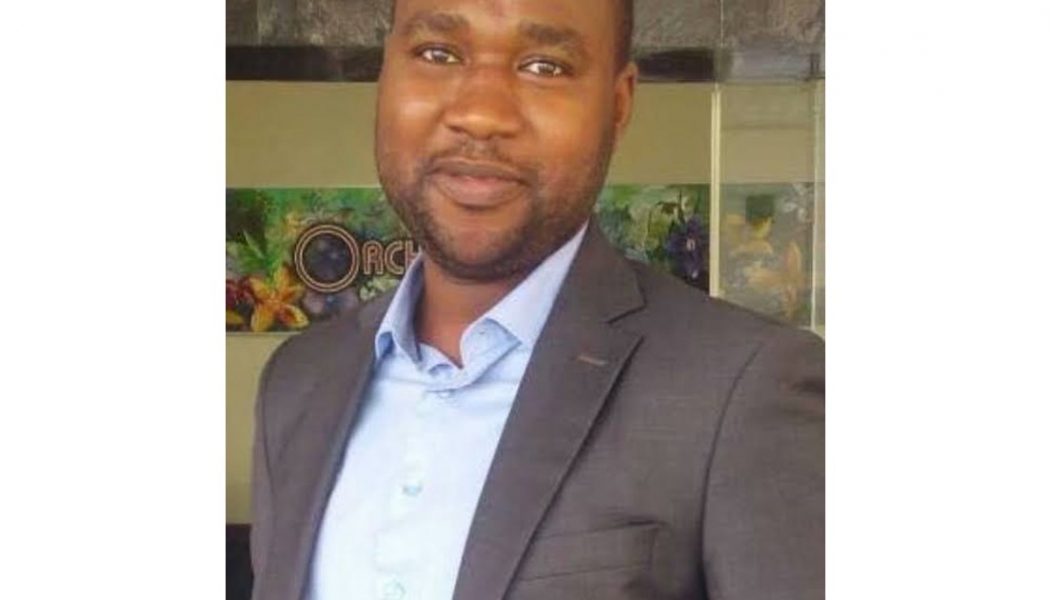 Mubarak Bala, President of the Humanist Association of Nigeria has been arrested on a charge of blasphemy. He was arrested in Kaduna on Tuesday and held overnight. Yesterday, he was taken to Kano State which has Shariah courts. Kano has a history of religious mob violence and that move directly puts Mubarak’s life in danger. Will the police be able to protect him from the mob? Will they try?

In 2014, Mubarak Bala was forcibly confined to a psychiatric hospital for 18 days and given drugs without his consent after he renounced Islam and told his family he was an atheist. 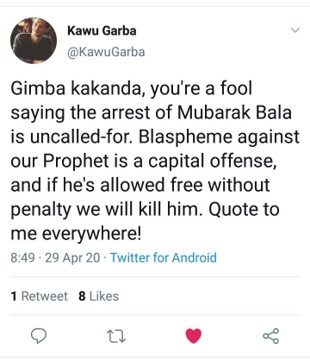 After his release, he became President of the Humanist Association of Nigeria, an AAI affiliated organization. In this role, he has received numerous death threats by telephone and on social media. Shown is a recent threat posted to Twitter.

Some time ago, he was offered the opportunity to emigrate to Canada but bravely decided he was needed to fight peacefully for the cause of secularism in his homeland.

The complaint against Mubarak was raised on Monday, April 27 by S. S. Umar & Co, a law firm from Kano. It alleges Bala’s Facebook posts are “provocative and annoying to the Muslims”. The complaint, sent to the Kano Commission of Police, highlights a post made on April 25, which rendered in English, reads,

“There is no difference between the prophet TB Joshua of Lagos and Prophet Mohammad of Saudi Arabia, our own from Nigeria is even better in that he was not a terrorist.”

The complaint says Mubarak’s statements “will definitely incite Muslims and provoke them to take the law into their own hands, which may ultimately result into public disturbance and breach of the peace.”

This is a wonderful example of perverse religious logic. As the complainants admit, the Constitution of the Federal Republic of Nigeria guarantees citizens the right to freedom of expression. But their concern is not to protect Mubarak’s guaranteed constitutional rights, it is to deny him those rights in order to defend those Muslims who might create public disturbances and breaches of the peace which are ILLEGAL actions! Let’s spell it out, they seek to defend potential criminals by denying a law-abiding citizen his guaranteed rights!

The Complaint Against Mubarak

AAI has made a $1,000 contribution to Mubarak’s fund to fight these grotesque charges. Our social media appeal for funds, together with appeals from other atheist and secular organizations means we have enough reserves to meet Mubarak’s immediate needs. Huge thanks to everyone who donated. This means we are not appealing for funds at this time. We will review this as the case progresses.

We will lobby the United Nations Human Rights Council on Mubarak’s behalf and engage others who can speak up for him.

The immediate need is to flood social media with protests against Mubarak’s arrest, at the grossly perverse charges made against him and at the decision to take him to Kano State, in the Islamic heartland of Nigeria.

Mubarak Bala must be released!