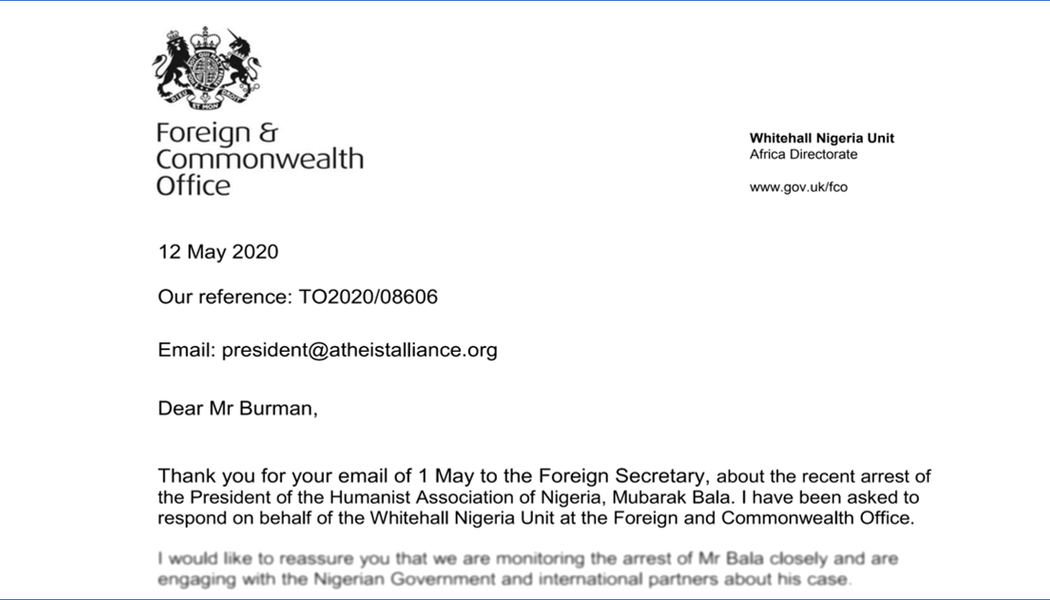 Mubarak Bala, President of the Humanist Association of Nigeria, was arrested on April 28 in Kaduna, Northern Nigeria on blasphemy charges. He was in contact with his family and friends until he was passed to the custody of Kano State police the following day. Since then, he has been denied access to his lawyer and Kano Police have refused to divulge his whereabouts. 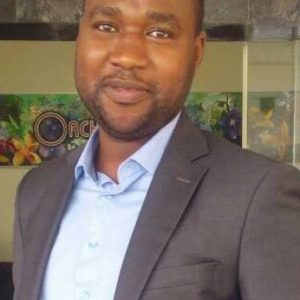 This denies Mubarak’s fundamental rights to Personal Liberty, Fair Hearing, Freedom of Thought, Freedom of Expression, and Freedom of Movement which are guaranteed by the Federal Constitution of Nigeria and the African Charter on Human & Peoples Rights. Denial of access to his lawyer is a gross infringement of Mubarak’s right to legal representation. As one of his friends said, “Mubarak has not been arrested, he has been abducted.”

On Friday May 8, Mubarak’s legal team applied to the Federal High Court in Abuja for enforcement of his fundamental human rights. The Inspector General of Police, the Nigerian Police Force, and the Attorney General of the Federation were cited as respondents. We now await a date for hearing the case. This should be a matter of days as courts are obliged to give fundamental human rights cases the highest priority.

Since the day of Mubarak’s arrest we, along with other atheist groups, have been campaigning for funds to pay legal costs and have been raising public awareness. We wrote dozens of letters to people in a position to apply pressure to the Nigerian Government. We have received several encouraging replies, including one from Mairead McGuinness, Vice-President of the European Parliament, and a staunch defender of human rights. Today, we received a reply from the United Kingdom, Foreign and Commonwealth Office. Addressed to Howard Burman, AAI President, it said:

Thank you for your email of 1 May to the Foreign Secretary, about the recent arrest of the President of the Humanist Association of Nigeria, Mubarak Bala. I have been asked to respond on behalf of the Whitehall Nigeria Unit at the Foreign and Commonwealth Office.

I would like to reassure you that we are monitoring the arrest of Mr Bala closely and are engaging with the Nigerian Government and international partners about his case.

At the time of writing, we have not received confirmation of the charges against Mr Bala. We are expecting the Nigerian Authorities to confirm these imminently, with progress possibly delayed due to Ramadan and the local Coronavirus response. The fundamental question for the Nigerian Authorit

ies to resolve is whether comments allegedly posted on social media by Mr Bala contravened state and federal laws.

The British High Commission in Abuja will continue to establish the full facts of the case. We will stress the importance of a transparent investigation that respects Mr Bala’s human rights, the rule of law, as well as the Nigerian constitutional right to Freedom of Religion or Belief. Defending Freedom of Religion or Belief for all is one of the UK’s human rights policy priorities; we are firmly committed to using our voice internationally in defence of this human right. More specifically, we regularly make clear to the Nigerian authorities the importance of protecting civilians, including ethnic and religious minorities, and upholding human rights.