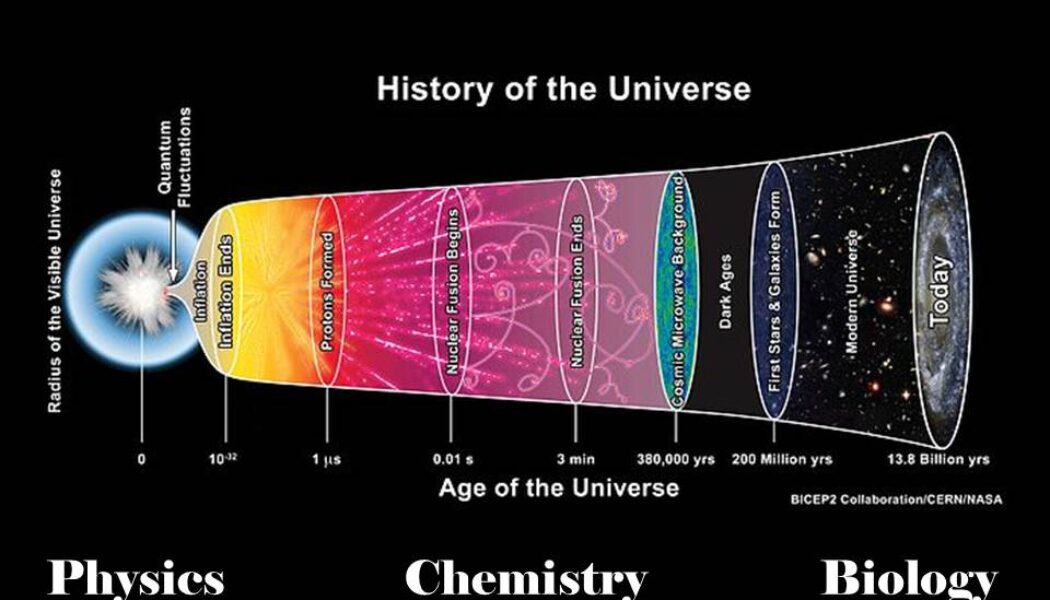 Humanity has a wrong understanding of God for two reasons. People view nature from their perspective, thereby giving nature properties and qualities it doesn’t have. People, until a few hundred years ago, had no scientific knowledge of how nature works.

We don’t know what reality is. Our understanding of it is based mainly on our intuitions and feelings. Those can easily be misleading, especially in fundamental domains such as quantum physics—the smallest scale in nature—where intuition and feelings are useless. For instance, people believed that massive objects fall to the ground faster to the ground than light objects. Galileo and Newton showed that they all fall at the same rate. That humanity got this most intuitive force wrong shows that none of nature is intuitive. 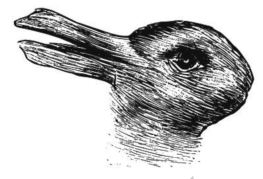 You can only see the duck or the rabbit, but never the two at the same time. Your brain performs an interpretation of the image. The light from the image enters your eyes in the form of waves. Your mind doesn’t see this reality behind the picture, which shows that your brain always interprets our five senses. Consciousness isn’t aware of reality.

In the first two months of life, a baby is not yet conscious of his existence. He feels hunger, cold temperature, or needing to have his diaper changed. However, his brain has not yet deduced that these feelings imply that he exists. Existence is an abstract concept, nothing is evident, not even God.

When religions first appeared, the thinkers of the time had no knowledge of (1) how life worked on a microbiological level, (2) how the brain worked, (3) how the laws of nature worked. So, they attributed dreams, angels, heaven, and the natural world to God. The institution of religion has its origins in fundamentally erroneous assumptions. Nowadays, religions know about microbiology, the forces of nature, and the brain’s functions. Recognizing that these are incredibly complex, they argue that God must be behind them.

According to the Merriam-Webster dictionary, intuition is ‘the power or faculty of attaining to direct knowledge or cognition without evident rational thought and inference’.[1] Without recourse to reasoning; scary. Intuition can easily lead us in the wrong direction, yet this is what people have been doing for thousands of years, which shaped their view of God. Many people believe that God, the Creator, is a spirit. But our definition of spirit is vague. It’s not reasonable to claim that some entity, for which we have no evidence for its existence, created the universe. It’s pointless to use a mystery, spirits, to explain another mystery—God.

Assigning human qualities and experiences to God is at the core of our confusion about God’s involvement with our universe, humans, life, evolution, physics, and religion. This error is subtle. For instance, we enjoy flowers with vivid colors. We have a feeling of connection with them, perhaps because it is life too. But flowers are not meant for us. Bees benefit from them too.

Many people believe in God for emotional reasons. They want:

(1) a father figure to protect them from this frightening world,

(2) someone who gives their lives meaning and purpose, and

(3) something that stops death from being the end.

To understand nature’s workings, scientists drill down to ever-smaller structures of life and atoms to reach a point that there’s no more structure to break down. No explanation is possible. Nature is irreducible at that point, and a designer must be the explanation. Also, the atom’s complexity, let alone microbiological structures, calls many to suggest that a designer must exist.

According to CERN (Conseil Européen pour la Recherche Nucléaire), our universe originated from a big bang. A few millionths of a second later appeared the forces of nature. Some claim that this spontaneous formation proves a designer.  No. It’s not spontaneous. Quantum mechanics—a subject belonging to quantum physics—operates at nearly the speed of light. So, a millionth of a second was plenty of time to come up with the forces without introducing a designer.

Correlation Is Not Causation

Among the cases made for God’s existence, the two most often used arguments are scientific knowledge and biblical knowledge. Scientific knowledge, such as the conditions necessary for life or that the planet must be orbiting the sun in the correct region, doesn’t provide a convincing argument. Many suppose inconsistencies present in the theory of evolution suggest that it must involve God, but this doesn’t lead toward proof. The Bible doesn’t help prove that God exists since it’s believed to be the Word of God.

A universe that appeared out of nowhere and nonliving matter that suddenly became life must be the work of God. Now that we know how nature works, it is not reasonable to just believe in God. Proof is required. Some would reply that God is beyond us, and explanations are futile. There’s no point to believe, then.

The concepts discussed here are explored fully in my book, God: Mystery Solved.