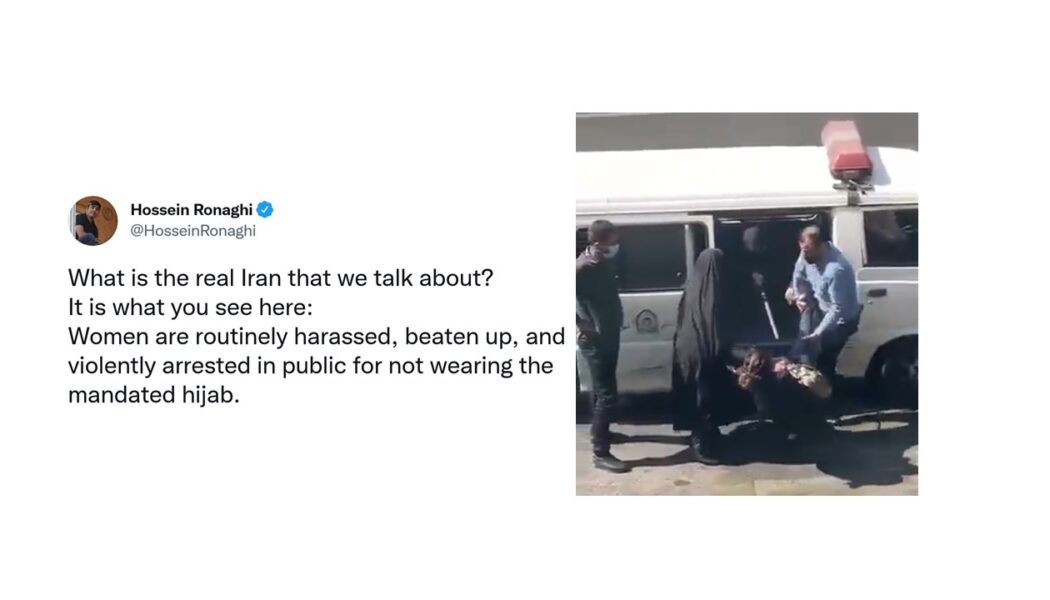 The posting of a video depicting the inhumane treatment of a girl by Iranian police has sparked a social media storm. The video shows the woman being arrested, as police used a hook and tools for hunting animals to get the struggling woman into a police van.

Women have seen this type of behavior on the streets numerous times. Only one of the many thousands of encounters makes it onto social media. In such incidents, the filmmakers are always prosecuted for instilling fear in the public, which is one of the reasons why such videos are rarely released. Several male and female police officers are seen in this video arresting the girl, and this is only one incident of such confrontations with Iranian police where they often harass women under many pretexts, including the hijab.

For years, such incidents have been conducted under police supervision as part of a guiding patrol operation known officially as the Social Security Promotion Project. Since the start of the initiative and the presence of the guidance patrol officers, there have been numerous incidents between the people and the guidance patrol police in various cities around Iran. Citizens were arrested, beaten, imprisoned, and tortured, for reasons such as lack of modesty, type of clothes, relationships, make-up and even hairstyles.

Following the Iranian revolution, the Islamic Republic’s newly formed system of mandating the hijab sparked widespread resistance in Iran. Using explanations and arguments, proponents of obligatory hijab at the time proclaimed their support in response to these criticisms. In 1980, Khomeini issued an edict prohibiting women from accessing government offices without wearing a hijab, and in 1983, the Islamic Consultative Assembly of Iran passed the Islamic Penal Code, which made non-observance of the hijab in public places punishable by a 72-year term.

Meanwhile, the Friday Imam of Isfahan, while highlighting the importance of the subject of hijab in Islam, warned of societal uneasiness for those who do not wear hijab or who those who wear it improperly in public and threatened them. He also urged the authorities to take this matter seriously.