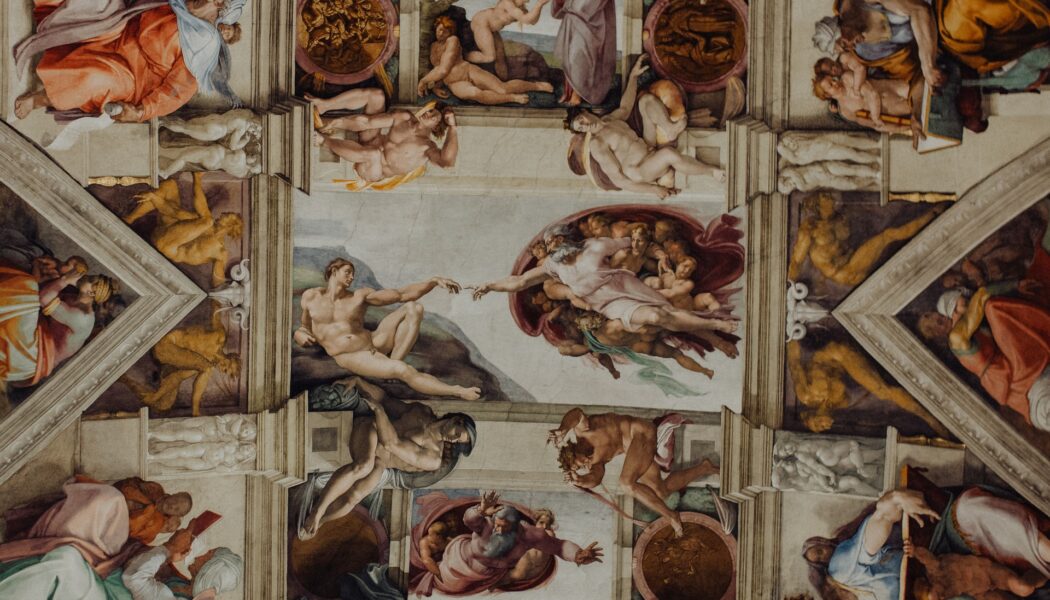 Until two years ago, I was a creationist, but not a fanatical one. I agreed with Darwin’s principles of evolution. However, I believed that an intelligent agent, God, drove them. It’s not scientific facts that led me to become an atheist. It’s the approach I worked out over eighteen months. It started with the following analogy.

Creationists believe that God is the creator of all living forms and that he dictates all the characteristics of living species. Nothing is left to chance. Is that the case? Here’s an analogy for a hint of an answer.

Scenario 1: Suppose a teacher gives one hundred students a blank sheet of paper each and a series of instructions for drawing a house. The instructions are:
1. The house has a door, centered.
2. The door is red.
3. The house has two windows, one on each side of the door.
4. Both windows are green.
5. The walls of the house are made of vinyl siding.
6. The walls are yellow.
7. The roof is triangular.
8. There is a chimney on the roof to its left.

These instructions are so precise that all students will draw nearly identical houses.

Scenario 2: Suppose a teacher gives the students another blank sheet of paper and one single instruction: draw a house.

Because this instruction is so vague, students are free to use their imagination; no two students will draw identical homes, probably not even close. There will be a wide variety of houses. In order to obtain diversity in designs, few rules must be given. Also, it’s the students’ imagination that draws, not the teacher’s. He’s not involved.

Replace houses with living species. In your opinion, which of the two scenarios reflects reality? Since there are millions of living species on earth, it’s clear that scenario 2 demonstrates the diversity of species on the planet.

Just as in this analogy, there’s one instruction only, and God also gave one instruction only: Let there be life. He gave up control. This analogy suggests that God isn’t involved in evolution. If he were, he would be all over. His involvement would be easily detectable. Intelligence happens here on earth, none from God. In my previous post, I argued that God’s image for life is reduced to insignificance. He isn’t involved. He’s absent. There’s no point in believing, then.

Scientists know that DNA mutations explain living species’ features. The house drawing analogy suggests that random mutations explain the evolution of life. Another analogy to show the role of randomness and luck in evolution is the game of Monopoly. The rules of the game don’t dictate how the game will proceed. The dice ensure randomness. The designer of the rules has no clue where the tokens will be on the board and how much money each player will have; therefore, he has no idea how the game will proceed.

The giraffe’s neck didn’t evolve to become long because of its will to reach the leaves of the trees. The giraffe’s intention to reach the leaves came because the neck was long in the first place. It evolved to become long by a random mutation in its DNA. Elephants also eat leaves from trees. Yet their neck isn’t long. Instead, their nose is long, and that’s what they use to reach the leaves. These animals have no control over their DNA. If living beings dictated their DNA mutations, humans would have developed wings a long time ago because we dreamed of flying like birds for perhaps over a few hundred thousand years.

The spontaneous creation of living species is impossible, not even bacteria. According to an estimate made by engineers at Washington University, there are around 10^14 atoms in a human cell. That is 100,000,000,000,000 atoms. The probability of the spontaneous creation of atoms is an absolute zero. Furthermore, the atoms’ arrangement would need to be the proper one to shape the cell, an extremely complex shape. So, there’s no way that God created man (or anything else) spontaneously. Evolution is the explanation.