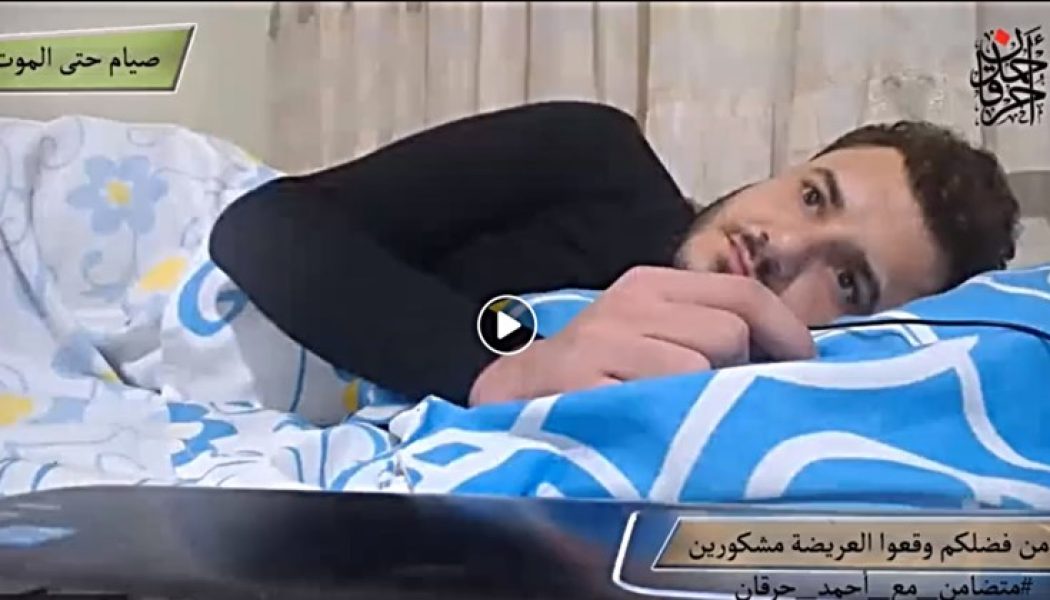 Ahmad Harqan is a 36-year-old Egyptian on hunger strike. He is an ex-Muslim, atheist blogger who has been denied the right to leave Egypt despite the fact there is no court order restricting him and no legal reason he should be denied the right to travel.

He has tried to leave the country three times since 2016 and was intercepted by security officials on each occasion and removed from the airport without explanation.

On October 30, the first day of his hunger strike Ahmad wrote (via Google Translate),

“I spent my whole life in peace with everyone.

My relationship is good with everyone from Islamic and Christian religious to state men to Islamic. I don’t have a problem with anyone. I didn’t commit a single violation of the law…

…For many years I suffer injustice with my right from some national security men with respect to this device and all my people.

Yesterday I was banned from traveling from Cairo airport and without giving reasons with their knowledge of travel and my urgent need.

I am now on a hunger strike until the president of the republic solve my problem or die.”