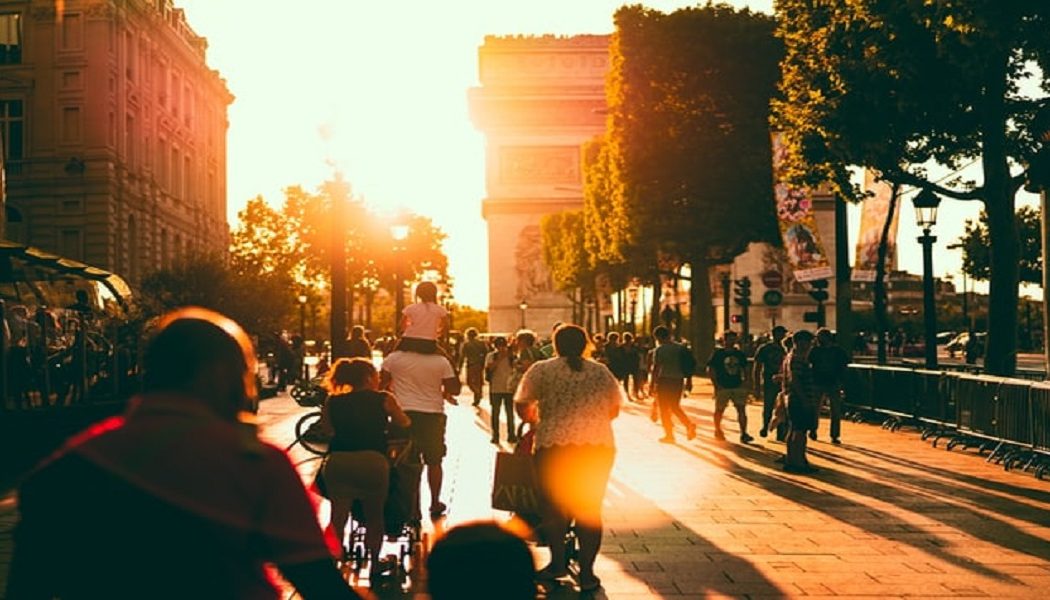 Christianity sees the world as irredeemably fallen and man as inherently broken. The Age of Enlightenment challenged this notion and recognized and promoted the fact that humans have made immense progress and have done amazing things. It championed basing our views on facts and data and showed that when we use these factual foundations we can better ourselves and the world.

There’s no problem with our hearts, as Christianity asserts. Civilization works because the majority of us work together, have innate empathy and recognize our common humanity. Violence has long been declining, but the violence and failures we see are due not to some magical incident in a garden that stains us, but due to the fact that we are animals: risen apes, not fallen angels. Aside from aligning with the evidence (which is again our leverage on the future), isn’t this uplifting and inspiring view much more open in its potential?

Christianity sells itself as a cure for maladies it invented. It’s often obsessed with beautiful or spiritual activities that do not require it, like sex. Sex will always be part of our nature, and it’s the part of our nature that is the reason we exist. Christianity has created situations where young, unwed pregnant mothers kill themselves or their babies to avoid the opprobrium they would face from their Christian societies. Similarly, young gay people face the same stigma, and suicide is too often their escape. But walking with your head down, thinking yourself a sinning worm because you’re a human that is fit for flames unless you submit to a totalitarian authority, makes you willing prey for the alliance of kings and priests that the Enlightenment largely demolished.

If you think that was a better world, the one where Christianity reigned and people fully believed in the Bible, maybe you should take a glance at the Islamic world today, with its honor killings, its oppressed women and religious minorities, and its incessant religious violence before you try to bring all that back. Islamic theocracies today are a mirror to our Christian past. You’ll find nothing about democracy, equal rights, or freedom of religion in either the Bible or the Koran. They both create the darkness they assert they diagnose.

‘What moral accountability is there in a body of beliefs that encourages crimes by the ease in which it grants absolution, that sends a man who has committed injuries against mankind to ask forgiveness of God?’ asks Diderot, one of my intellectual heroes, in a 1774 dialogue.1 Indeed, as Bertrand Russell, another personal hero, observed 150 years later: ‘the more religious and dogmatic the society, the worse is the cruelty and state of affairs.’2 As the world has gotten more secular, it has gotten safer, freer, happier and healthier. The most secular countries today put the most religious ones to shame on every metric. Much of the reason for this is undoubtedly because these societies take care of their citizens and create pathways to flourishing in this life, so they don’t fling themselves in desperation or ignorance into a religion they’ve been taught from birth is their only salvation in a fallen world.

Whether or not the universe is so poorly and absurdly constructed that a serial murderer on death row will be absolved if at last he accepts unsupported fairy tales, while infidels are damned, we can’t know with absolute certainty. More certain is the fact that we need to educate and empower people, and teach them about their common humanity, and how the benefits of virtue and cooperation provide demonstrable means to flourish. We will never create a better world if religions keep telling people:

2 Bertrand Russell – Why I Am Not a Christian