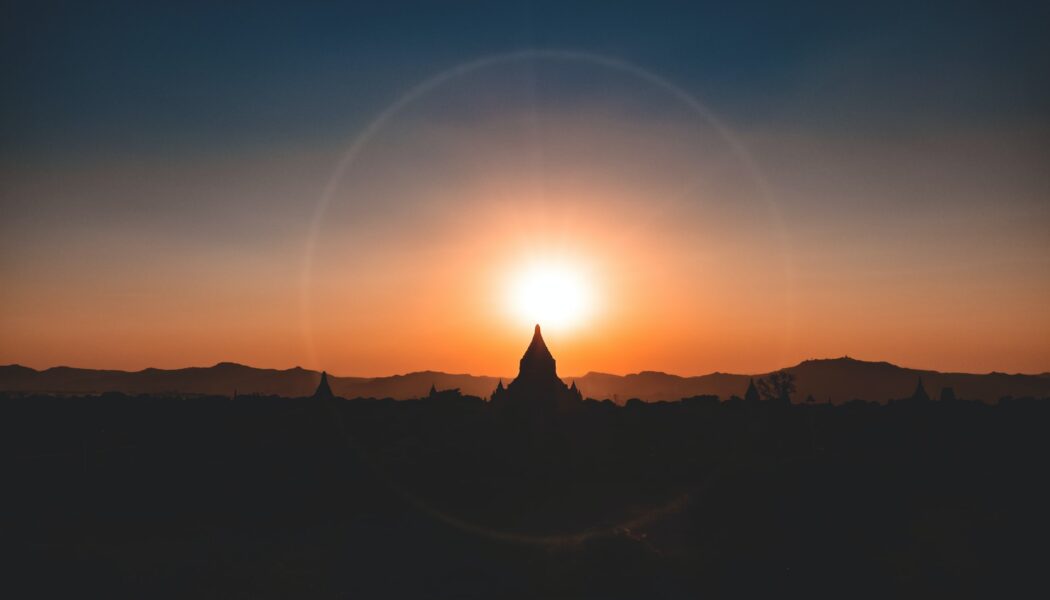 All religions contain a spectrum of zealotry among their members, from the very liberal to the fiercely orthodox. The Buddhist monks in Myanmar are no different in this regard. Among the protestors, BBC reports that ‘monks were seen heading out onto the streets of Yangon’ in support of democracy. On the other side, are ultra-conservative senior monks who not only have the ear of the military leaders, but who actively and openly condone the coup and the suppression of democracy.

The more radical conservative monks feel that democracy is a threat to their religion, and that the military will help to protect and preserve the status quo. The Patriotic Association of Myanmar (PAB), also known as Mabatha, are ultra-nationalist extremist monks who fear the annihilation of their religion and way of life. Described as the ‘most extreme fringe of the Organisation for the Protection of Race and Religion,’ this group had their page removed from Facebook, and the Burmese state organization that oversees clergy ordered the group disbanded in 2017. The military fuels the belief that democracy, specifically ‘Western values,’ will pervade and undermine Burmese society, ultimately leading people away from Buddhism—a belief which has some merit, given the precipitous decline in religion across a multitude of secular societies. Given this military propaganda, it comes as no surprise that conservative monks support the military coup, and the existential threat democracy poses to their ideology.

Months before the military coup of February 1, 2021, a powerful and influential monk, Sitagu, took a page from Trump’s playbook following his election defeat and unsubstantiated claims of voter fraud, by claiming that 40,000 ‘fake ballots’ had been stuffed into a single box—a ridiculous claim that is physically impossible. He makes the fake ballot claim starting at 6:44 in this video of a sermon he gave on November 14, 2020, but unfortunately, subtitles are not available.

However, this is not the first time Sitagu has courted controversy. He previously stoked anti-Rohingya sentiment in an earlier video, which does have subtitles. 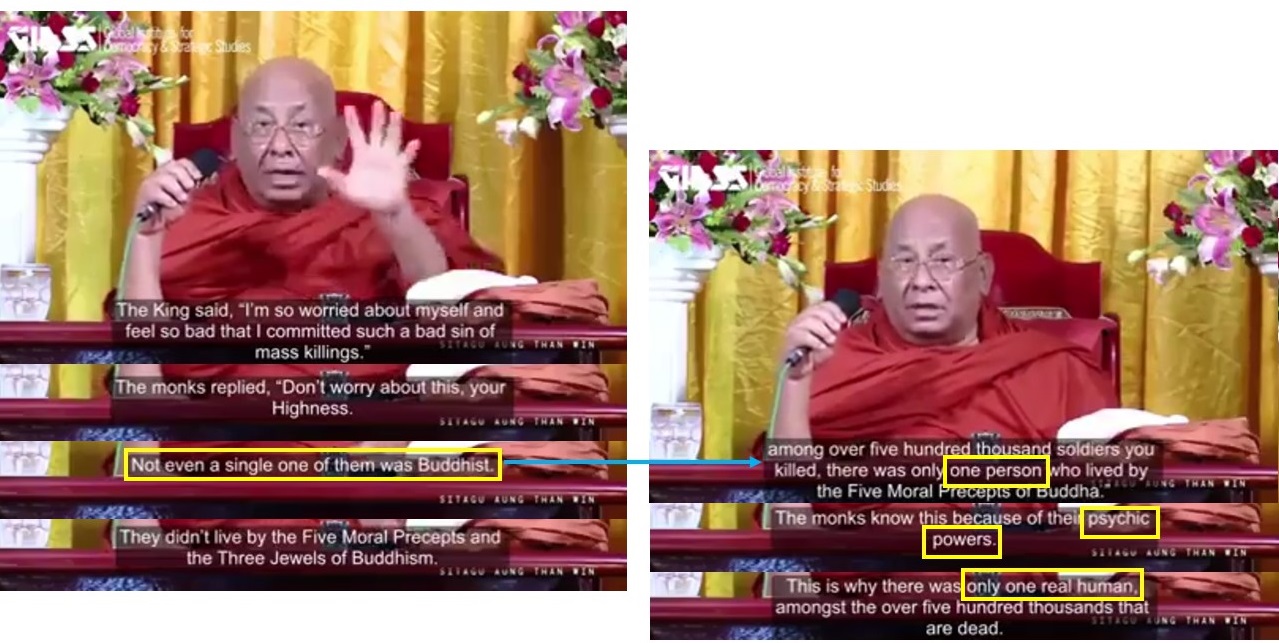 In justifying Rohingya deaths, Sitagu relates a story about a past king who felt guilty at having killed 500,000 enemy soldiers. The king should not worry, as they were not ‘human’ given they were not Buddhists. Sitagu contradicts himself in the same breath, by claiming ‘not even a single one of them was Buddhist’ by going on to claim that monks apparently have ‘psychic powers’ to know that one was indeed a ‘moral Buddhist.’ Perhaps the magical psychic powers that monks possess also explain how Sitagu knows about the 40,000 fake ballots and how they managed to fit into one box.

Sitagu also has ties to PAB, having spoken at some of their past events. Further, Sitagu is the patron of another conservative organization known as the Young Men Buddhist Association, which issued this press release in support of the military coup: 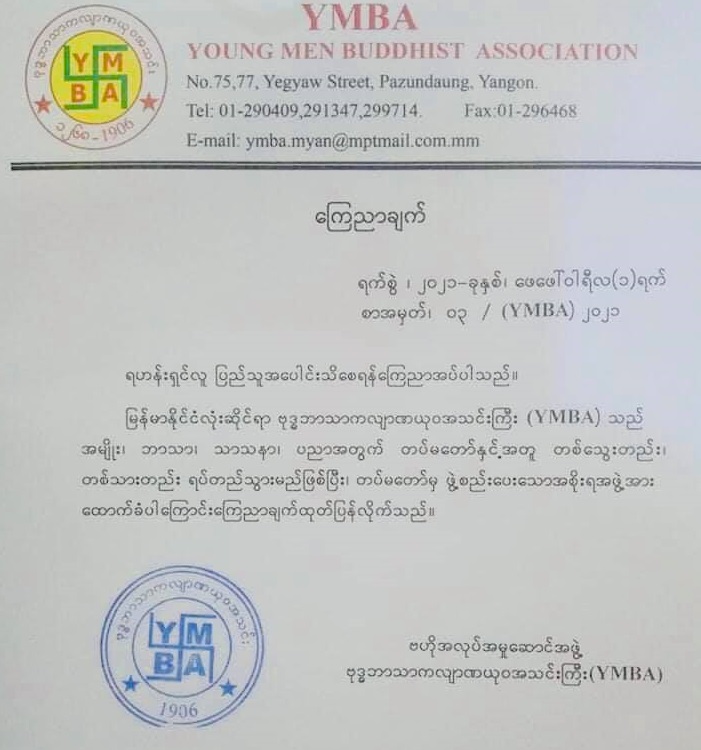 We hereby make a statement Young Men Buddhist Association (YMBA) declares it shall stand together with the Tatmadaw (military) for the sake of race, religion, creed and education and supports the cabinet established by the Tatmadaw.

Another influential monk with strong ties to the military leadership, Kovida Vasipake (red robes), can be seen in photographs with the Army leader, General Min Aung Hlaing, his family, and other senior officers. 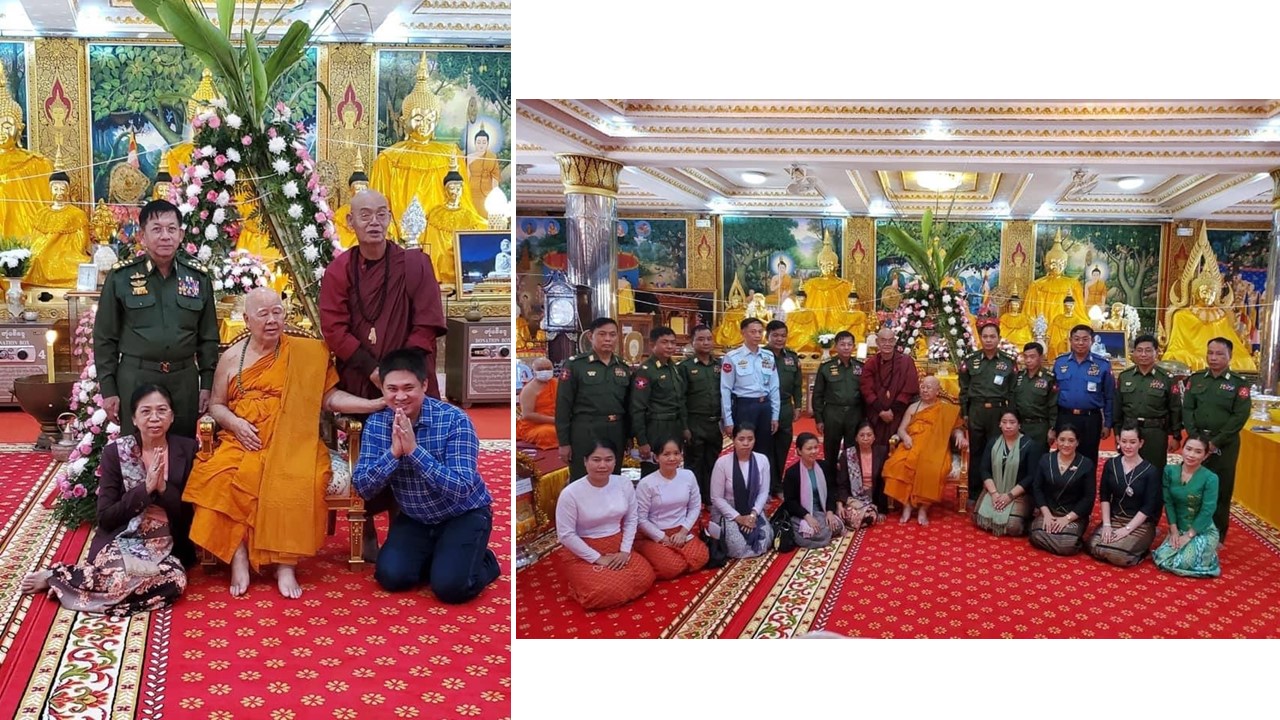 In an exchange between the wife of General Min Aung Hlaing, KyuKyu Hla, and Kovida Vasipake, KyuKyu aloofly predicts the coming use of force while the supposedly venerable monk appears to condone this action with a trite: ‘Good deeds, good deeds, good deeds.’ 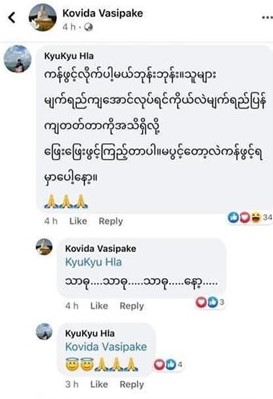 We will kick, my venerable monk. We know kicking with force would trigger certain people to cry. That’s why we try to do it in soft ways. If it doesn’t work with the soft ways, we will kick for sure.

The importance of secularism

Such close ties between the military junta and senior Buddhist monks are an example of how dangerous mingling church and state can be, and why the separation of these two spheres is essential for a healthy and free democracy. Indeed, rumors abound in Myanmar that the military administration is deeply superstitious and that prior to the initiation of the coup, the appropriate Buddhist rituals were conducted to prepare the military leaders for their subversion of the democratically elected government of the people. The people have chosen, the people are protesting in the streets despite the threat of twenty years of imprisonment, and the people know it is important for their government to be secular.