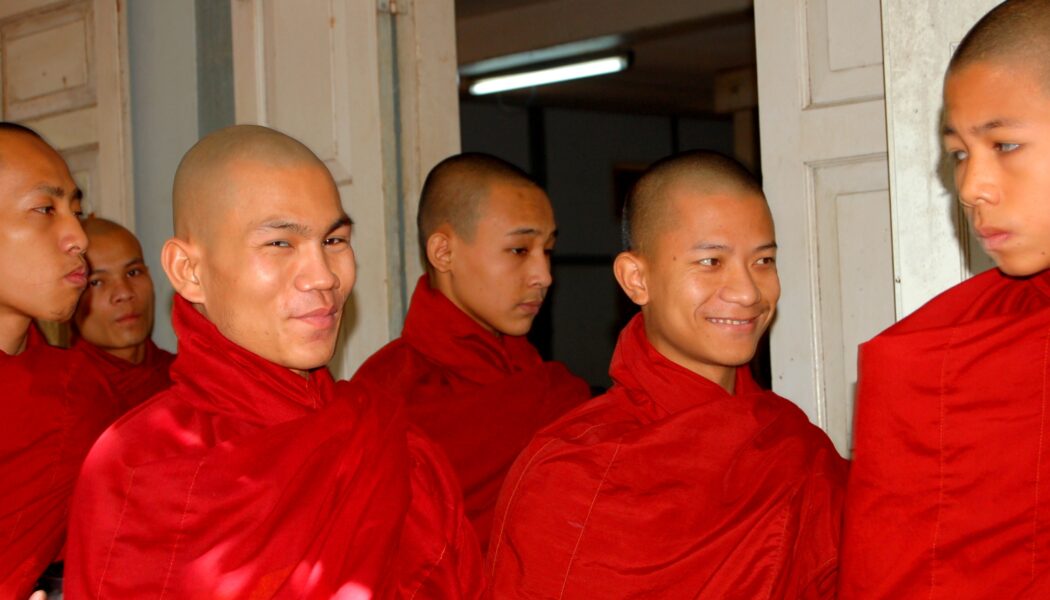 It has been over a year that Myanmar is under the totalitarian regime of the Burmese military. This is something most international media wrote. The reality is that for over 7 decades we had been under the totalitarian regime of the Burmese military except for the recent 5 years governed by the National Democratic League. Burmese people generally are too busy with their daily struggles. Most of the low-income working-class people are struggling with wages around $2~$5 per day, so they don’t have time to think about politics. When it comes to the political insights, most Burmese citizens, even those in privileged geographical locations, only know one thing as a formula, “military as bad guys and NLD as good guys”. For some marginalized ethnic groups, as they had been always brutally oppressed by the military, they have got an alternative which is ethnic armed forces representing their ethnicities. Some of these ethnic armed forces are progressive to an extent but a few of them are openly right-wing conservatives. In Myanmar, the military junta has tremendous support from Buddhist conservatives and radical Theravada Buddhists. Their main reason for supporting the military junta is that they literally believe that the military junta is protecting Buddhism from secular wings and the dominating imperial power of other religions such as Christianity and Islam.

In Myanmar, the military, and their pet dogs such as 969 Buddhist supremacist supporters claimed to be representing nationalism. Similarly, most of the democratic liberal figures also claim themselves as liberal nationalist. However, it would be a wrong conclusion to claim our struggle against the military junta as a civil war between nationalists. Even though both sides are using the same word, they have different characteristics. Burmese military regime and its supporters are using nationalism as a word to justify their xenophobic, racist, transphobic, homophobic, and Burmese chauvinism. In contrast, the democratic figures from NLD are representing a legit view of liberal nationalism which includes federalism and the rights of ethnic groups within the country’s border. Here, there are a minority of disenfranchised left-wing democratic socialists who are internationalists. However, it’s important to note that there is a sudden rise of interest in nationalist left-wing red fascism such as Maoism and Marxism-Leninism given the political climates.

Nationalism and Buddhist fundamentalism in Burma are connected. It is evident from the rise of movements such as 969 and Wirathu. Many right-wing monks even take arms against the People’s Defence Force in favour of the military junta.

Buddhism itself is indeed a religion that is different from Abrahamic faiths – mostly nonviolent and not so authoritarian in nature. Buddhism has some features of primitive anarchist values in its search for enlightenment and is based on mutual aid on many aspects of its teaching. But, in Burma, these orthodox Buddhist teachings are replaced by nationalism and religious supremacism.

Apparently, wealth and power also play a crucial role in this shift.

Theravada Buddhist monks are entitled to live like an elite class even though they have no income stream. Economically, they don’t work at all. So in terms of productivity, most of them have zero productivity. As there is no income, they don’t have to pay taxes for income. Moreover, they’re not allowed to own personal properties such as cars, houses and so on. But there is a loophole in the law. People still can donate them. So, most Theravada Buddhist monks in Myanmar are living in big mansions with expensive cars without being obligated to pay taxes at all. Moreover, even in public services, they’re being favoured. Let’s say all the seats on the bus are full, when a monk enters a bus, some old people or some ladies will stand and give them a place to sit out of respect for their monkhood even though they don’t know the monk personally. Furthermore, as I mentioned above, most low-income working-class average citizens are struggling with wages around $2~$5 per day. It’s possible for some monks to earn $500 to $10,000 just in a day in return for their dharma talk. In this way, most Buddhist monks from Myanmar are afraid of the rise of liberalism and left-wing socialism which are secularist in nature. That’s the reason they’re behaving in a reactionary way like Hamas and supporting a right-wing conservative military junta.

In a nutshell, the Burmese Theravada monks are trying their best to defend their status quo in this society as parasites who contribute nothing economically and socially except for their racist views and toxic conservative values.

There are some unorthodox progressive sects that still promote the anarchist and sceptical values in a more progressive way.

Unfortunately, Some of these reformist scholars had to spend at least 10 to 30 years in prison for holding views that are against Theravada Buddhism. Some scholars were forcefully put in a mental asylum by the religious affairs department just for holding secular Buddhist values. Nevertheless, along with the revolution against the military junta, the youths are challenged by the patriarchal values and conservative values held by the Theravada monks, some even openly criticizing them for their racist speeches and writings.

Burmese Atheists, created digital platforms for those unorthodox reformists as they were censored by the state since the 1960s.

These platforms play a critical role in the struggle against political Buddhism and influence the youths to fight against those superstitions within the Theravada community.

The progressives can promote atheistic teachings of Buddhism which focus more on mutual aid rather than regressive values using our platforms. Since it is not easy to confront political Buddhism due to its tie with the military regime, the digital platforms allow us to reach a huge number of Burmese youth.

Unlike the Ex-Muslim movements, we’re, fortunate in one aspect:  “Buddhism Phobia” is yet to become a term. We might be facing the wrath of the military junta, but we don’t suffer criticism from the regressive and counter-revolutionary libtards who are defending Islam from criticism. Otherwise, it might be difficult for us to struggle against political Buddhism.

Hein Htet Kyaw
Hein is a radical atheist who is actively struggling against the state blasphemy laws of Myanmar. Hein is also a hacktivist who is currently pushing back against the state censorship in Myanmar in favour of censored sceptical religious reformists and their progressive teachings through the use of technology. Hein currently acts as a spokesperson for an atheist/humanist vanguard organisation in Myanmar called Burmese Atheists.