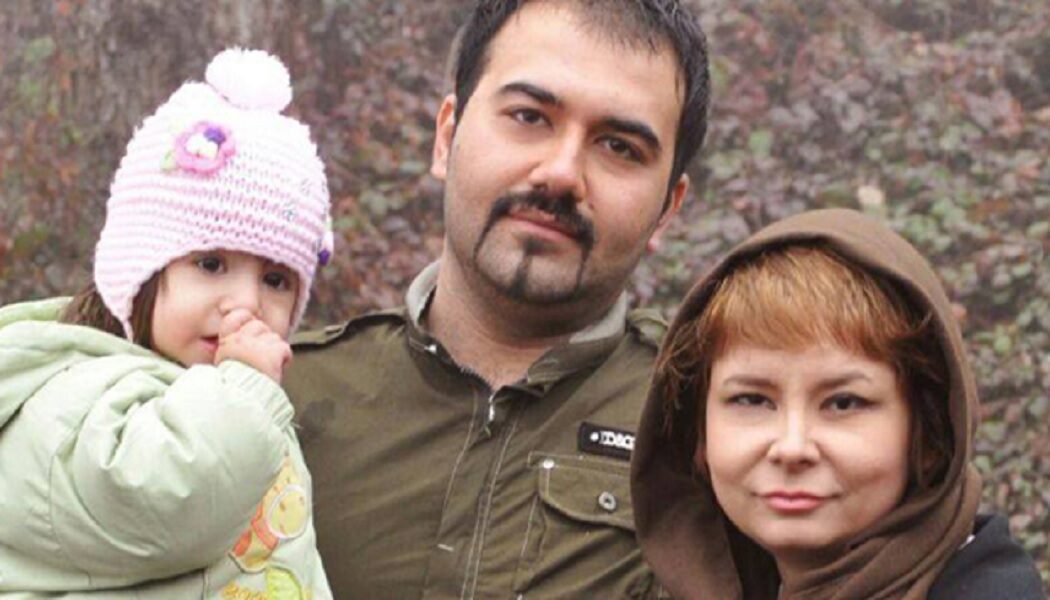 Soheil Arabi is an Iranian blogger, with a wife and a child, who has been imprisoned since 2013.

It all began on November 7, 2013, when Soheil and his wife, Nasrin Naeemi, were arrested by the Revolutionary Guards for publishing content on his Facebook page. His wife was released after a few hours, but he was incarcerated for two months and kept in solitary confinement before being transferred to Evin Prison. Following that, a Tehran court initially sentenced Soheil to death for his Facebook posts, accusing him of insulting the Prophet. His lawyers subsequently petitioned the Supreme Court, citing Article 263 of the Islamic Penal Code, asking for the defendant’s forgiveness on the basis of the circumstances of the case and the defendant’s own confession. Soheil is an Iranian prisoner of conscience who has been denied leave of departure from Evin Prison since his arrest and detention, according to the International Campaign for Human Rights in Iran.

Mr. Arabi is also involved in a number of other instances stemming from his Facebook posts, the results of which have yet to be determined. Due to his Facebook posts, he was sentenced to 30 lashes and ordered to pay a fine for insulting Ahmad Jannati, secretary of the Guardian Council, and Gholam-Ali Haddad Adel, Tehran’s representative in parliament and president of Allameh Tabatabai University. In addition, on charges of insulting the Supreme Leader of the Islamic Republic, Ali Khamenei, and propaganda against the regime, he was sentenced to three years in prison by Branch 15 of the Revolutionary Court, led by Abolghasem Salavati, which was upheld on appeal.

Iranian state-run media accuse Mr. Arabi of rape in order to claim in international forums that prisoners of conscience are executed due of their criminal accusations, not because of their views.

Soheil was sentenced to seven and a half years in prison, two years of house arrest following his release, and two years of religious research to prove his regret when the allegation of insulting the Prophet was dropped. Over the course of two years, he must read thirteen volumes of works in the field of Islamic theology and resolving religious uncertainty, and prepare a synopsis of each book’s sections. He is required to submit all of his questions, answers, and book summaries to the court on a monthly basis.

He has been tortured and beaten multiple times, and has gone on hunger strike several times to protest his imprisonment and defend other political prisoners.

“You are a puppet, and your time will soon come to an end, and then it will be our turn to sit in your place and try you,” Soheil said in court in 2018.

He stated, “There is no choice but to continue holding a pen in one hand and a gun in the other until the end, that is, until this phony dictatorship is overthrown.” He added, “When your mate is in the chain, don’t sleep, When blood is flowing from the night, do not sleep.”

Soheil remarked of the interrogation room:

It appears to be a scary place in the early days. The more you fear the interrogators, the more you’ll be attacked. The interrogation room now resembles your workplace after years of interrogation. A place where you dislike. But, in order to make a living, life demands you to be present and work long hours. We are no longer terrified of the questioning room after all these years. The interrogator also realized that instead of threatening, he should talk, and my response to them is either death or release. Either we get our rights or we die. We realize that we have a right to live better lives than this. Then, we fight for a better future. After several interrogations, the interrogator concluded that my detention had been a mistake from the start and that I had never done anything wrong. To them, I’m now like a saw. If they release me, I cut. They keep me in prison, and I cut more. This saw cuts the barriers to our liberty. Even from inside the torture room, even with the wrists chained.