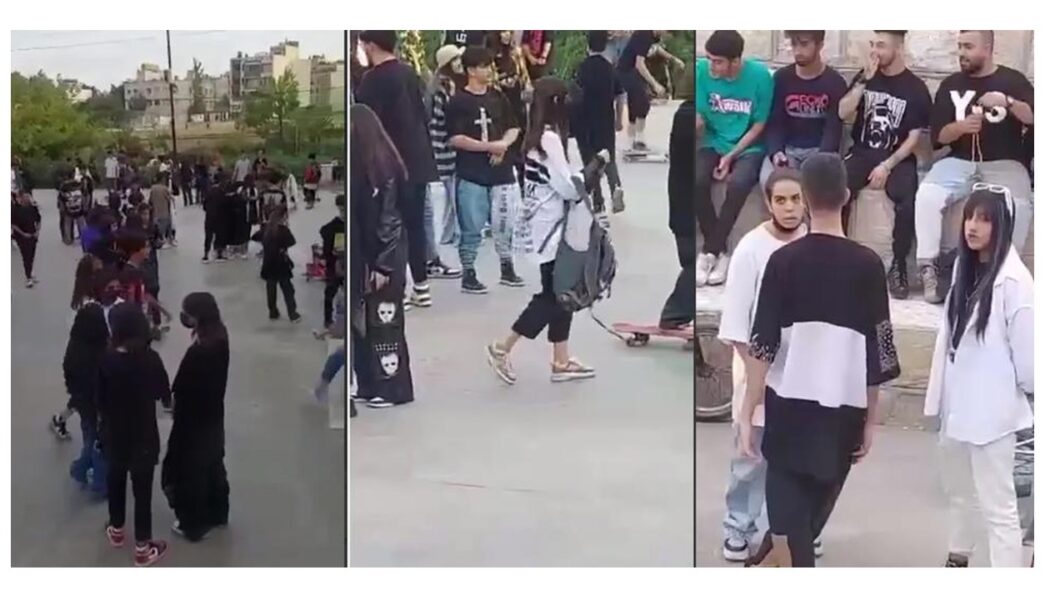 Following the public release of a video showing a playful gathering of young people on one of Shiraz’s main streets, the city’s governor declared that ten persons had been detained in connection with the event. The video, which was shared on social media on Thursday, June 2, depicts a number of young people, mostly adolescent girls moving along Shiraz’s Shahid Chamran Boulevard without the required hijab. The Shiraz governor described the gathering as pre-planned and illegal hours after the footage was made public and claimed that 10 of the principal perpetrators were arrested.

The participants in the youth gathering were all born years after the 1979 revolution and attended Islamic Republic-run schools, which is very interesting.

Meanwhile, The Islamic government is waging a ferocious war against what is so-called bad hijab. The Islamic Regime has also imposed the obligatory hijab during this time employing law enforcement and security measures. One such attempt, which the government apparently has failed to accomplish, is the Special Police for the Supervision of Women’s Clothing, or the Guidance Patrol, which inhumanely treats those who do not obey the guidelines.

However, the Islamic Republic appears to have failed even in persuading its young people to choose the Islamic way of life, while employing every possible tool to spread the message of Islam and the hijab.