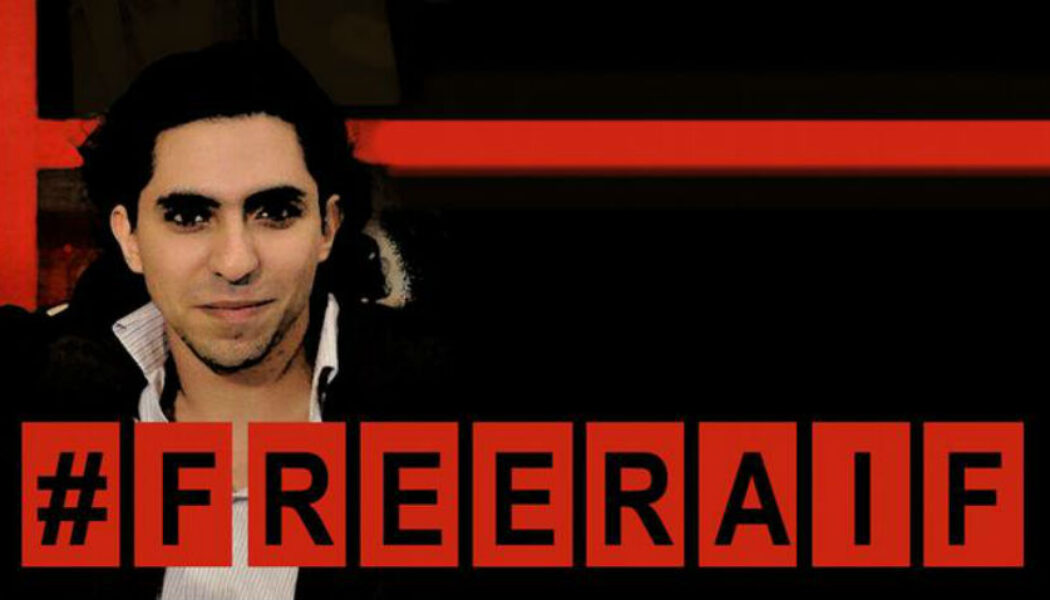 In March of 2012, Raif Badawi made worldwide headlines when he was imprisoned and sentenced to death on the charge of apostasy after he became prominent on social media with his demands for reform, secularism, and religious freedom. Being one of the few known liberal thinkers in the country, and in no small part thanks to the tireless efforts of his wife on his behalf, he came to be a symbol of resistance and sacrifice for the most basic of human rights, to many Saudi liberals as well as groups abroad. In 2013 Raif’s sentence was commuted to 10 years in prison, an additional 10-year travel ban, 1,000 lashes, and a fine amounting to around 250,000 US Dollars.

The Saudi government wanted to make an example of him. For me and many others, he was the shining example of how deeply broken our society is. In 2015 he was brought out publicly in front of the mosque to be lashed. There was no press and filming was technically forbidden, but footage was taken by attendees and posted online days later. Our government was essentially threatening all of us: fall in line with the state religion or we’ll destroy your life. If by being a free thinker in my country I must put my life on the line, then I needed a way out. And I’m by no means alone here. This country is feeling like a prison to more and more people every day. Despite the deafening silence on the Saudi public stage, there was an ensuing international backlash that Saudi citizens abroad had no small part in. The lashing then stopped in an apparent bid to save face internationally, but he remained in prison for the remainder of his term.

Now it’s 10 years later and Raif is released from prison, but he is still not really free. He essentially moved from a smaller prison to a bigger prison, under constant surveillance, an ocean away from his family, and under the ongoing threat of being returned to prison or worse. It’s still not time to celebrate. Raif is not safe, and Saudi Arabia is still not a safe place for free thinkers. We need to continue pushing for his release as hard as ever because the Saudi government, the way it is run today, is not only unlikely to release him early, it is also unlikely to allow him to reunite with his family for fear that he might have some damaging things to say once outside of their grip. They are clearly not motivated to take this risk but that doesn’t have to stay this way.

Diplomatic and NGO efforts have motivated the Saudi leadership to release prisoners and amend laws in the past, and the immediate future will play a vital role here. The world needs to stand with his family in campaigning for his freedom for as long as it takes, his situation does not look good at the moment and it could get worse. As of the 15th of March, his travel ban was upheld by the court and the excessive fine imposed on him is still awaiting payment. It will be important over the long term to get more involved in political outreach efforts, but the excessive fine poses a more immediate concern. His wife Ensaf has set up a fundraiser for him, which has now reached only 3% of its goal. So I would urge anyone with the financial means to consider supporting Raif in this difficult It would go a long way for him, his family, and his country.