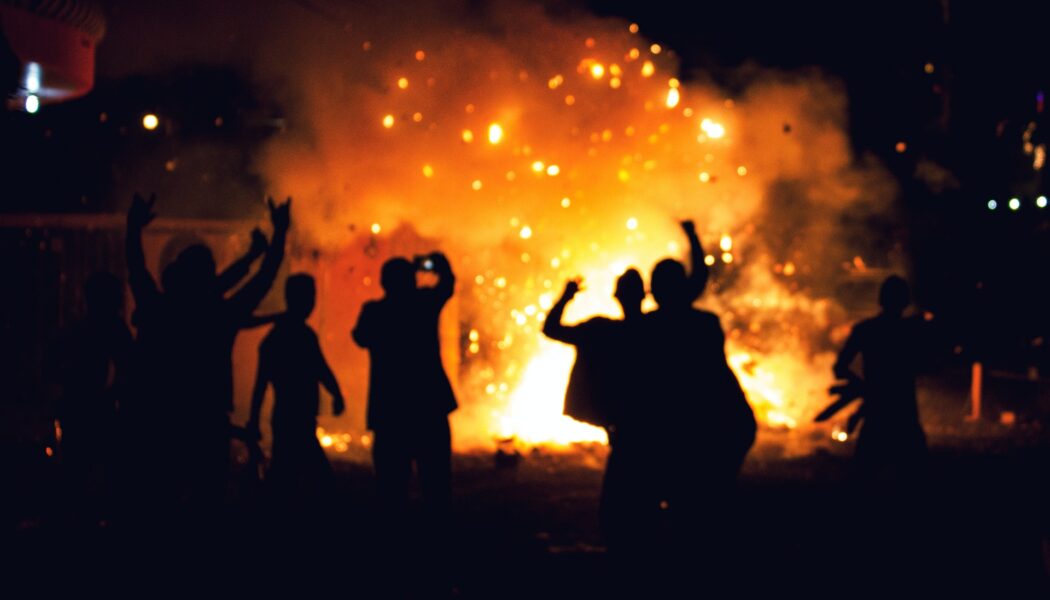 In view of the public lynching and charring to death of a Sri Lankan citizen in Pakistan by vigilantes of Islam on accusations of blasphemy, I would like to make some points clear.

First, this brutal murder of Priyantha Kumara Diyawadana proved yet again that, the common believers who claim to be devout Muslims, and the Islamists who see themselves as saviors and enforcers of Islam, have no clear idea what really Islam is. Confused? I shall elaborate a bit.

The Religion of ‘Peace’

Islam allows beating someone to death for defamation of Islam. Diyawadana’s murder, according to Islam, is justifiable. The problem, however, was the burning. It was a violation of Islamic law. Because only Allah can burn someone. Humans are barred from taking such action, according to Hadith. I’m citing a sample hadith for getting a gist of it.

“Some Zanadiqa (atheists) were brought to `Ali and he burnt them. The news of this event reached Ibn `Abbas who said, “If I had been in his place, I would not have burnt them, as Allah’s Messenger forbade it, saying, ‘Do not punish anybody with Allah’s punishment (fire).’ I would have killed them according to the statement of Allah’s Messenger, ‘Whoever changed his Islamic religion, then kill him.”
– Sahih al-Bukhari 6922

The 2010 assault on Professor TJ Joseph back in Kerala serves as another example. He was accused of defaming the prophet Mohammed. The vigilantes unleashed terror by breaking into his home and severing his right hand and left leg. He also suffered a serious injury on his left hand as well, as a poor chap – who was ill-informed of the sharia punishment prescribed for blasphemy, i.e., to severe the hands and legs from the opposite directions – at first, mistakenly axed his left hand. Luckily, another vigilante who was aware of this rule came to his aid and he meticulously ensured that only the right hand and left legs were severed. The Professor survived this ax attack and is now striking back with the mighty pen.

A while ago, Shafi Saadi Kumaramputtur, a teacher of the Samastha Kerala Sunni education board and an Islamic scholar, during an online Islamic class for children, preached that anyone who leaves the religion of Islam should be killed. This drew much flak and was widely scorned by the secularists in India. At one point, the lecture was forced to be withdrawn from the internet.

Whenever the EMU’s, an acronym coined by the Islamists to mock the Ex-Muslims of Kerala points out or criticize such savage laws in Islam, Muslims ask a common question: “If there was such a law in Islam, will EMU’s of Kerala such as Jabbar, Jamitha, Liyakath, Sharon and I be still alive today?” Quite an innocent question, isn’t it?

”We are still alive because this is India, and we live here. We’re alive because of the fact that India is a democratic and secular country. If India was an Islamic country, then by now the vines on our graveyards would have grown miles” we reply.

Yet, they keep echoing the same question, again and again, on every occasion we expose the inhuman laws of Islam. Apparently, this is the only response they have to our criticisms of Islam.

As I said before, most devout Muslims, even those who never miss a prayer, don’t have a basic understanding of Islam. The same applies to the Madrasa-educated (Islamic school) Muslims. They are also ill-educated in Islam, believing that the apologetic version of Islam they have learned is the truth. The problem is that these Muslims are ready to kill and even to die for Islam.

This ignorance paves an easy path for Islamic extremism by inadvertently backing incitement of communal hatred and disharmony. It makes life miserable for those innocent Muslims seeking nothing but spirituality by exposing them to majoritarian bigotry.

I can confidently say that, if anyone among these innocent Muslims, if sensible, decides first to unlearn and then to relearn Islam, wouldn’t be able to stay in Islam even for a second. That is why and how the EMU’s came into existence and why we decided to discuss Islam in public so that they can be wary of Islam as it is the elephant in the room.

There is another faction of people in India, who call themselves secular and who are not Muslims and have no understanding of Islam but often promptly accuse Ex-Muslims of harming religious harmony. But the irony is that, when the verdict of some of the rape cases that were hitting the headlines across the world, and whenever the punishments prescribed were deemed inadequate for other rape cases, as well, we see a call from this section of seculars for Islamic law to be implemented and to behead the culprits. They were disillusioned and deluded by the notion of Islam delivering justice for rape victims.

Sadly, Islamic law doesn’t recognize having sex with a child as a crime. In fact, when it comes to rape, Islamic law is so patriarchal that it doesn’t even allow a woman to seek justice in a fair manner as a man does. Now, when I look back, I can recall that I revered Islam as a religion of peace for a long time for which now I feel ashamed.

To implement Islamic sharia law, it is not mandatory to enforce Islam all over the country. Minor territories or pockets of people who are fired by Islamism can make it possible, which we saw in Professor TJ Joseph’s case. That is how vigilantism in Islam operates and serves.

The call for ostracizing and executing those people who criticize Islam has been made both secretly and openly by many Islamic scholars, homegrown and foreign. Indian-born Islamic preacher Zakir Naik is one among them who called for passing on a list of blasphemers from India to the Arab countries so that they can detain them whenever they step into their land.

Hope for the Future?

Change is an utmost necessity for true peace and empowerment in accordance with the values of the modern world. Indian society cannot achieve it without identifying Islam as a political ideology rooted in violent mysticism and beastly spirituality, mighty enough even to dethrone centuries-old democratic republics and send them into unending miseries, not just a religion.

This is why we risk our lives. And this is the reason we apostatized and expose Islam’s villainy role in brutal incidents, such as the death of Priyantha Kumara Diyawadana, despite the threats.

Arif Theruvath
Arif is a public speaker, Ex-Muslim, and civil rights activist based in the Indian state of Kerala. He is the president of the civil rights group NON RELIGIOUS CITIZENS, India.