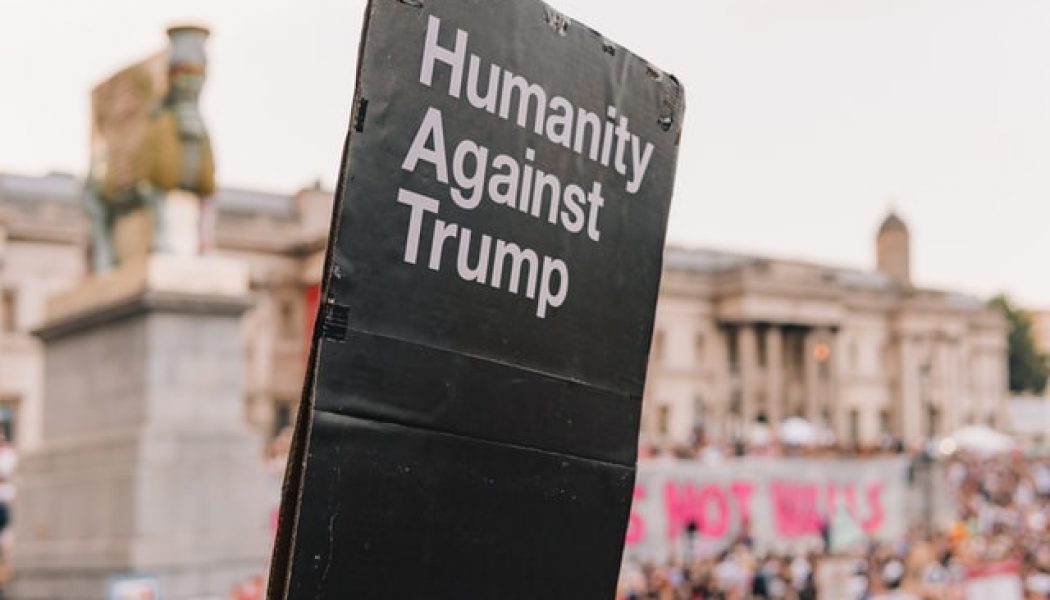 This is one of the many chants that were repeated at a Black Lives Matter protest and sit in that I attended on June 5, 2020. The event was peaceful but powerful. There were 8 minutes and 46 seconds of silence to represent how long the officers knelt on George Floyd’s neck, and since Breonna Taylor was missing her birthday due to being murdered in her own home while police were executing a no-knock warrant, we sang “Happy Birthday” to her right there in the street.

I hadn’t originally planned to attend any events. Years ago I wouldn’t have thought twice, but with the COVID-19 pandemic and our state not having reopened yet, I was hesitant. Then I saw Donald Trump abuse his power as the president and forcibly remove a crowd of peaceful protesters in order to pose with a Bible in front of St. John’s Episcopal Church, and I realized I couldn’t sit back quietly and wait, I needed to join in.

It isn’t a secret that Trump is a selfish man. It isn’t a secret that he abuses his power. After the death of George Floyd, as citizens of America rallied in the streets, he took to social media to scold, belittle and threaten them. He offered no comfort, and no reassurance that a solution could be found.

Though a picture of Trump with the Bible might have ingratiated him with some believers, the act of chasing away the peaceful protesters backfired on him in the eyes of others. Bishop Mariann Edgar Budde spoke out against the president, reminding the public that he wasn’t there to pray, he wasn’t there to worship, he was there to promote his views. The history of presidents worshiping/visiting the church dates back to President James Madison. There is a designated pew for the president if he wishes to attend mass. They have all been welcomed. But this was not a planned visit, this was an ambush. When Trump walked towards the church he had intentions of pandering to those that were looking to God for comfort and safety. It was nothing more than a publicity stunt. We can only hope that when people who are unsure of who God would want them to vote for start researching, they will scroll past the photo and find out what a mockery he made that night.

As if it wasn’t enough for Trump to attack the vulnerable Black Lives Matter crowd, he decided that June, being PRIDE month, was the perfect time to attack the rights of our trans citizens. On June 12, 2020, a regulation was finalized that would reverse the protection set during Obama’s presidency for transgender/sex discrimination in health care. Essentially, Trump decided that in order to appease the religious right, he would risk the lives of the trans community. He is willing to put the lives of all transgender people on the line for a chance to win reelection. Just think about that for a moment: stripping the trans community of life-saving protection to coddle those that worship a God of hate. There was one moment of hope a few days later when the Supreme Court of the United States ruled that title VII of the 1964 Civil Rights Act, which bans employment discrimination based on sex, will also apply to gender identity and sexual orientation.

This likely came much to the disappointment of President Trump as one of his choices for Supreme Court Justice, Neil Gorsuch, voted to protect the ban. Trump had an agenda to serve the religious right and yet somehow he stumbled upon someone willing to uphold the law. Maybe this is a glimpse of what democracy looks like, but if we follow the path that Trump is setting we won’t see the democracy America was founded on any time soon.

The sad thing is that Trump doesn’t actually have a strong spiritual foundation compelling him to do all of this. His back and forth opinions over the years show that he holds no solid religious beliefs. He is merely a puppet, a fool that can be baited by the cheers and applause. As long as the day ends with people chanting his name, he will continue to push for what those around him want. Some say that this audience is getting smaller, but unfortunately in America, it isn’t how many people that are behind you but where they are located and if they cast their vote. If more right-wing believers will back Trump in states that hold critical amounts of electoral votes, he will win reelection and he will continue serving the needs of the demographic that is trying to destroy our freedoms. This is why we need to exercise our rights; this is why we cannot be silenced. What happens in November of 2020 will determine the rights of generations of Americans long after you and I are gone.

We need to continue to push for reform. We cannot let people say that any voice is too soft or any progress too small to make a difference. Not just during PRIDE month and not just during a period of civil unrest marked by a tragedy. We have to keep telling those in power that the American government is of the people, by the people, for the people. And the people are not going to sit idly by as the religious right destroys what was once a country you’d be proud to call home.

Allison Hess
Allison Hess enjoys writing about her personal journey as an atheist in a religiously dominated world in the Couple of Atheists blog, which she co-authors with her husband Rich. From explaining the dynamics of raising her child in a secular household to discussing the intersections of atheism with politics, social equity and other issues, there is always something new to discuss and dissect. Allison has also been a speaker at the PA State Atheist/Humanist Conference, appeared on numerous podcasts and was published in Filling the Void: A Selection of Humanist and Atheist Poetry (Onus Books, 2016).