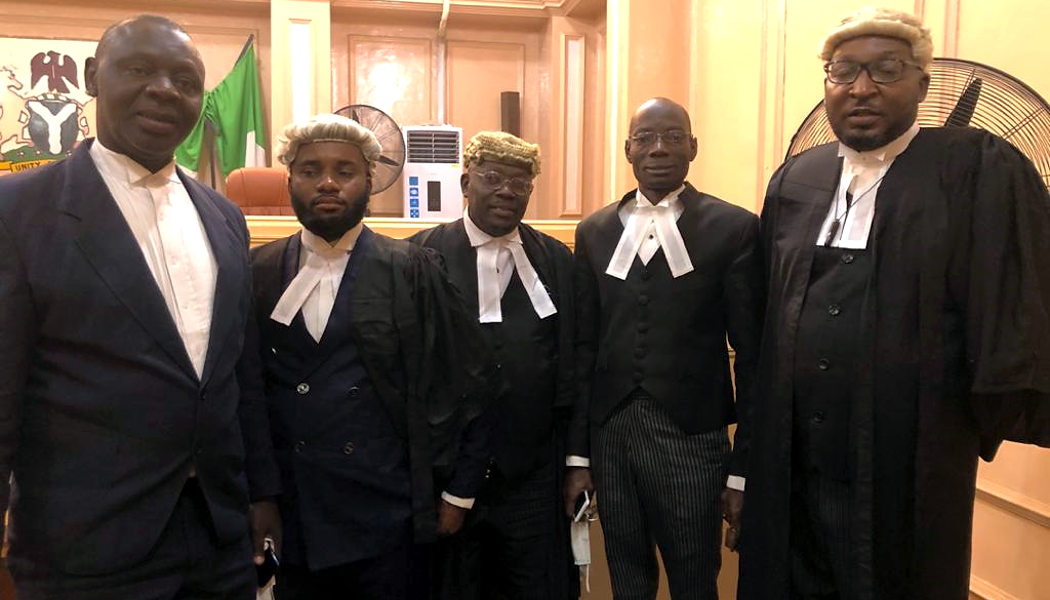 Our lawyers were in court yesterday to hear the Appeal Court’s decision in the cases of Yahaya Shariff-Aminu and Umar Farouk. These two young men, 22 and 13 years old respectively, were accused of blasphemy and, in the same closed Kano courtroom on the same day in August last year, both were found guilty by Justice Khadi Aliyu Muhammad Kani. Neither was represented by legal counsel, and no evidence was produced in either case. The court relied upon admissions of guilt extracted by police through interrogations that were not video recorded.

The judge ordered that Yahaya be hanged from the neck until dead and Umar be imprisoned for 10 years with menial labour. The convicts were granted 30 days to appeal (rather than the normal 90 days) and were held incommunicado with no access to lawyers.

AAI raised funds to appeal their cases and engaged lawyers to file and argue their appeals.

Yesterday, the court was so crowded with people wanting to witness events that an extra gallery had to be cleared to make room. People took their seats and the decision in Umar’s case was announced first. Chief Judge Justice N. S. Umar and Justice Nasiru Saminu’s decision was that Umar had been convicted in error and the conviction is to be set aside and Umar must be discharged and acquitted.

The findings in Yahaya’s case were identical and his conviction was quashed. But instead of declaring him discharged and acquitted, the judges remitted him back to the Shariah court for a re-trial. We wonder why such different outcomes for two cases in which the facts were essentially the same?

We must speculate, but Yahaya’s case had received huge media coverage whilst Umar’s case had not. Furthermore, Yahaya’s case had incited mobs in the streets of Kano and his father’s house was destroyed by fire. As expected, the packed courtroom was emotionally charged with frequent shouts of “Allahu Akabar” coming from the crowd. It would have taken a brave judge to set Yahaya free against that backdrop. Justices Umar and Saminu were not brave. They opted to let another court decide Yahaya’s fate.

Now the case is over, we have to get Umar released from prison. This involves obtaining a signed warrant from the court and presenting it at the prison. Our lawyers were hoping to do that today but the official signatory was not available so we will try again on Monday. We should all remember, Kano State has the option to appeal yesterday’s decision if they are minded to keep this child in prison. If they do, we will appeal to a higher court.

We also have to decide what to do about Yahaya’s case. If we return to the Shariah court as ordered by the Appeal Court, the argument will revolve around due process and the Appeal court has already found that wanting. Furthermore, the Shariah court is not competent to consider other motions, especially our contention that the Penal Shariah code is incompatible with the provisions of the Federal Constitution of Nigeria. If we can get a court to rule in favor of that argument, the foundations upon which blasphemy laws in Nigeria rest will be swept away and we would be free to challenge blasphemy laws in every state of the Federation.

So, following a case conference today, our lawyers decided to file an appeal at the Federal Court of Appeal to have yesterday’s decision set aside. This should enable Yahaya to be set free and to have the constitutionality of blasphemy laws in Kano put under the microscope. Whatever happens, we will work to have Umar released from prison and transferred to a safe location and to have Yahaya set free.

We are deeply grateful to the many people who supported our GoFundMe that enabled us to get this far. But we spent more than we raised on this first appeal and we now need to fund at least one further appeal. PLEASE give something to help these young people and to help us challenge blasphemy laws in Nigeria.