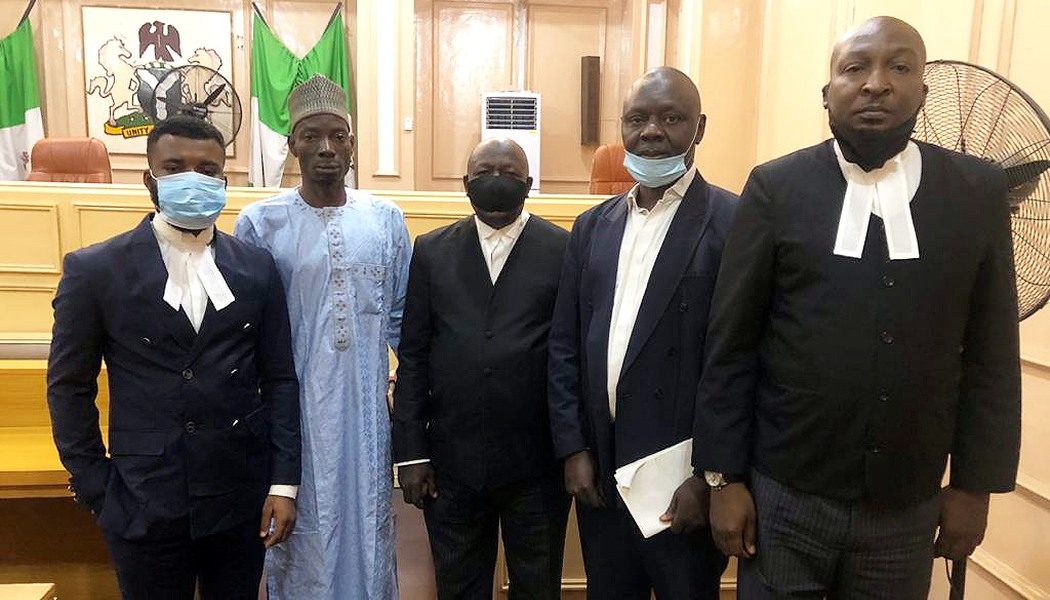 Today, our legal team appeared in the Kano High Court, arguing appeals for Yahaya Sharif-Aminu and Umar Farouk. On August 10, 22-year-old Yahaya was sentenced to death and 13-year-old Umar was sentenced to 10 years in jail with menial labor, both on charges of blasphemy. AAI assembled a legal team and raised funds to appeal these two cases. Read more about these cases here.

The appeals were heard by the Chief Justice of Kano, N.S. Umar and Justice Nasiru Saminu.

Our legal team arrived at court early and passed through a crowd of people who had come to see these cases but were unable to get into the already-packed court. Outside a substantial contingent of police officers were on hand to keep the peace but the crowd remained calm throughout.

Our legal team comprised (from left to right in the picture) Ebuka Ikeorah, Rouf Gazali, AA Muhammad, Murtala A. Alimi, and Kola Alapinni (lead counsel). We are grateful to these men for taking on this controversial case, especially since the Muslim Lawyers Association of Nigeria declared on August 15 that the death sentence on Yahaya was correct and urged the Government in Kano State to carry out the execution. Such a statement from a body that should remain strictly neutral would undoubtedly serve to intimidate lawyers who might otherwise have acted for Yahaya.

Neither appellant was in court today and our lawyers have been officially denied access to them since their trial in August.

Umar Farouk’s appeal was first up. Our lawyers argued that Umar was not legally represented at his trial, that he would not have pleaded guilty if he had been legally represented, and that he was below the age of criminal responsibility at the time of the alleged offense. Interestingly, prior to the court hearing, Kano state lawyers stood by the Shariah definition of “full age”. By this definition, a boy who has under-arm hair and is able to produce semen may be prosecuted. However, they did not argue this point in court. In fact, they did not respond to any of the grounds of appeal proposed by our lawyers. 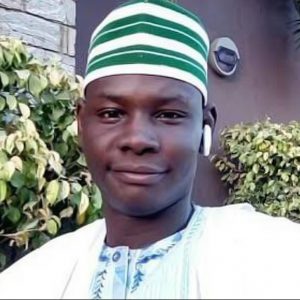 Yahaya Sharif-Aminu’s case was next up. Yahaya was of full age when the alleged offense took place but no evidence was produced at his trial and he suffered the exact same denial of rights and unfair trial process as Umar.

Kano State argued that Yahaya admitted his guilt and admission is “better than evidence”. But, of course, if he had been legally represented he would not have admitted guilt.

Our lawyers made the point that the right to life is a person’s most fundamental human right and this right cannot be denied except after the most diligent and fastidious investigation and trial, which did not happen in this case.

In both cases, our lawyers argued that the Federal Constitution of Nigeria protects the right to freedom of expression and that any law that seeks to deny that right must be void. In other words, the blasphemy laws in the Kano Shariah Penal code are unconstitutional and should be struck down.

The Judges retired to make their judgment. The date on which this will be announced will be advised in due course.

If the Judges should quash these sentences, Kano State Governor, Abdullahi Umar Ganduje, has promised to appeal against the decision. If the sentences are not overturned, we will appeal again. So, we expect these cases to continue, most likely to the Supreme Court of Nigeria.

Appealing these two cases was only possible through the generosity of good people who donated to our GoFundMe appeal. We are not done with these cases, please be one of those good people and make a donation so we can continue the fight. Please do it now. You can find the GoFundMe page here.