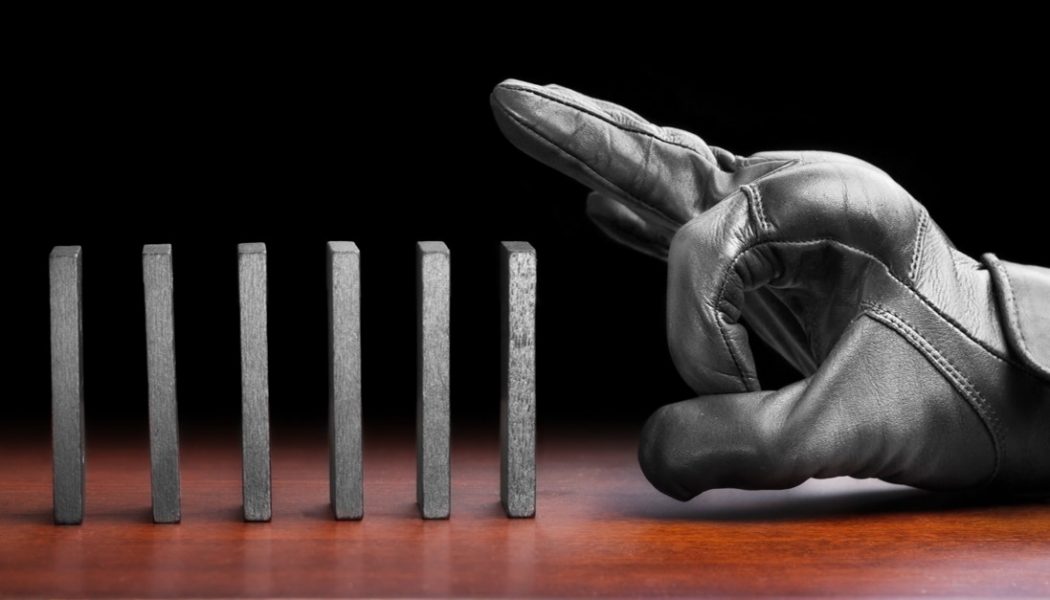 Every effect we have observed in nature has a cause. We have extrapolated from that incomplete data set the idea that it’s reasonable to assume that EVERY effect must have a cause and we’ve named this the Law of Causation. Of course, we haven’t observed all of the causes of all of the effects that have ever happened, so we are making an inductive argument. Inductions are not absolutely certain but in the macro-world that we directly experience, we have never observed an effect that had no cause. Things are different at the quantum level where ‘virtual’ particles (they’re real but temporary) have been observed popping into and out of existence uncaused, and where some events rely on probabilities rather than causes.

Every macro-world effect is itself the cause of the next effect. It’s an unbroken chain stretching right back to the beginning of time, if there was such an event as a beginning… Effects ARE Causes. Causes ARE Effects. They are the same. And, if there was a beginning to time, that was an effect in itself and therefore, in all probability, should have had a cause…

Let’s deconstruct that: it’s a syllogism that is set out as a deduction. Deductions rely on the unquestionable nature of their premises. As I have shown above, the first premise, ‘everything has a cause’ is an unfalsified evidential induction. In other words, it’s probably true but not absolutely certain to be true and cannot be certified without observing the cause of every effect, which is not going to happen. This leaves it questionable, rather than unquestionable and we only know that it applies at the macro-level in the natural realm (which is why I italicised ‘in nature’ in paragraph one).

The second premise, ‘the universe began to exist’ is a purely hypothetical assertion. We honestly don’t know whether it is true or not. It’s also questionable. There is no evidence either way. Up until about a century ago, everyone assumed that the universe was eternal and steady in its state. Then it was discovered to be expanding and playing the expansion backwards gave rise to the idea of the ‘Big Bang’, which seemed to support the theistic claims of creation. More recently, the ‘Big Bang’ has been redesignated as an early period of ‘inflation’ and the origin is presumed to have preceded it. What happened before the Big Bang is the subject of speculation, not facts. The ‘Steady State’ idea is even being reconsidered, along with the Bouncing Universe, Multiverse, Singularity and yes, we can’t rule it out, Creation. The point is, these are all merely propositions with no observational support and they are unlikely to get observational support in the foreseeable future. We simply don’t know. We will keep looking.

However, please notice that claiming the universe had a beginning serves the theistic proposition of a creation event and an implied creator, but unless evidence arrives, it’s just an ad hoc fallacy — a claim that ‘supports’ another claim.

Summarizing, neither of the premises confer the necessary unquestionableness required for a deduction. No matter, let’s take a look at their ‘deduction’:

‘there must be a causal agent that pre-existed the universe’.

‘Pre-existed the universe’ makes the assumption that there is some space and time before the existence of the universe for a creator to create it in (that’s a subject for another article called ‘You Can’t Assemble an IKEA Wardrobe Without Time to Do It!’). Since the universe is the natural realm that we have been studying for centuries and have developed some understanding of, this ‘creation workshop’ must be unnatural — it’s more usually referred to as supernatural. In fact, theists attribute powers to the occupant of the supernatural realm that a magician would give his eye teeth for.

In their desperate quest for evidence for their god, despite the fact that it is only known to apply in the natural realm, theists claim, without reason, that the Law of Causation also applies in the supernatural realm. Except, not quite. They want a different version. They don’t want a chain of cause and effect, cause and effect… They just want a single cause disconnected from any previous phenomena, and they want it to be performed by an uncaused Being. Have you ever seen a better example of the Special Pleading Fallacy?

As you can see from the above, there is a very great deal that we don’t know. Nevertheless, theists somehow manage to construe this supreme ignorance into an argument for their god, although, strangely, not for anyone else’s god!