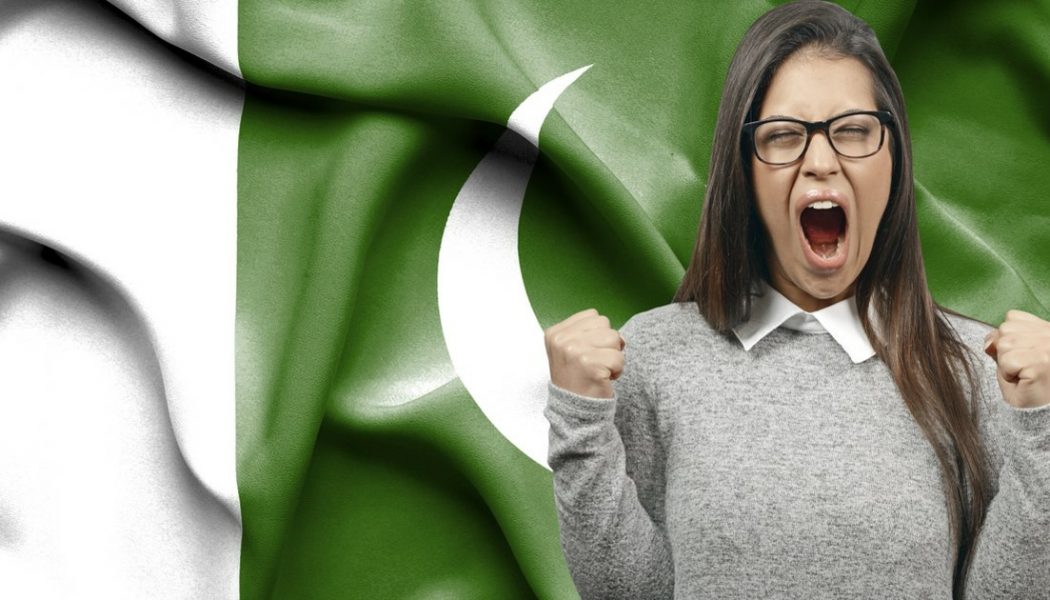 International Women’s Day is celebrated on March 8th every year. This day is aimed to help eliminate discrimination against women and help women participate equally in global development. However, there are some countries, and some groups with specific intentions and goals, that stand against this movement—more precisely in the Islamic countries.

Unfortunately, Pakistan is one of them. In Pakistan, the Aurat March has attracted fierce criticism not only on social media but also in the rally. Women including me are threatened on social media just because we are raising our voices in favor of Aurat March. Two petitions were filed in Islamabad and Lahore High Courts to ban the rally, claiming that this sort of rally is against the norms of Islam.

While women around the world celebrate freedom and independence, Pakistani women are also human beings and therefore should be treated equally.

Women make placards and participate in Marches, these placards demand that men heat up their own food at home, that men shouldn’t be allowed to beat them, and they are not sex-workers, or child-making machines, My body, my choice! These slogans and messages on placards provoke anger amongst many Pakistani men. 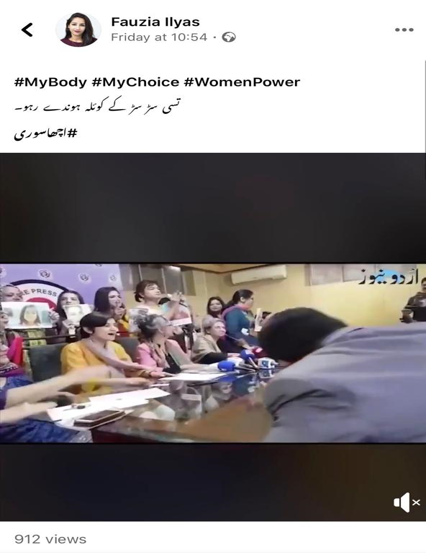 Two days ago, I shared a video of Pakistani women chanting “My Body, my choice” and received a comment from a man that I should ‘Go and sell your body’. In other words, go and start prostitution.

In Pakistan, a majority of men believe that women have the same rights as men. But this is said without knowing the facts. And, perhaps, because they want to suppress events such as the Aurat March, to avoid the counter-arguments, or out of fear that they could be accused of acts they do behind the closed doors.

Some men believe women are created with fewer rights and this is how things should be. These men proudly refer to Islamic references or Quranic verses in order to prove their logic. For example::

Abu Hurairah  said: “The Messenger of Allah (peace and blessings of Allah be upon him) said: ‘If a man calls his wife to his bed and she refuses [and does not come], and he spends the night angry with her, the angels will curse her until morning.’”

“Men are the protectors and maintainers of women, because Allah has given the one more (strength) than the other and because they support them from their means. Therefore, the righteous women are devoutly obedient and guard in the absence of husband what Allah would have them guard. And to those women on whose part you fear disloyalty and ill conducted, admonish them first, refuse to share their beds and then strike them.”

Men feel these Quranic references and verses justify not allowing women to go outside of the house; striking them if they doubt a woman’s loyalty and forcing them to cover their faces and heads. There is no doubt that Islam gives fewer rights to women compared to men therefore these verses tend to support men’s point of view in Pakistan.

Besides social and cultural impacts, Looking at the Pakistan business sector, one may realize that Pakistan has the world’s lowest rate of women’s entrepreneurship that is only 1% compared to 21% for men. Job opportunities and economic opportunities are major challenges for women in Pakistan.

Pakistan ranked 151 out of 153 countries in the World Economic Forum’s Global Gender Gap index report 2020. Pakistan Human Rights Watch (HRW) found that most girls in Pakistan do not go to school. Another report stated that early marriage remains a serious problem—21% of girls in Pakistan are forcibly married before the age of 18.

But there is change in Pakistan, and I am seeing it clearly. The louder voices bring the bigger impacts. We need more women to realize that they are not created for the benefit of men, to have their voices muted, to be hidden under the Niqab, Hijab or Burqa, and to only give birth to sons. But they must be free to contribute to the development of society, to change the world, and to participate equally in every sector.

Long Live Aurat March! (At least, until it is no longer needed.)