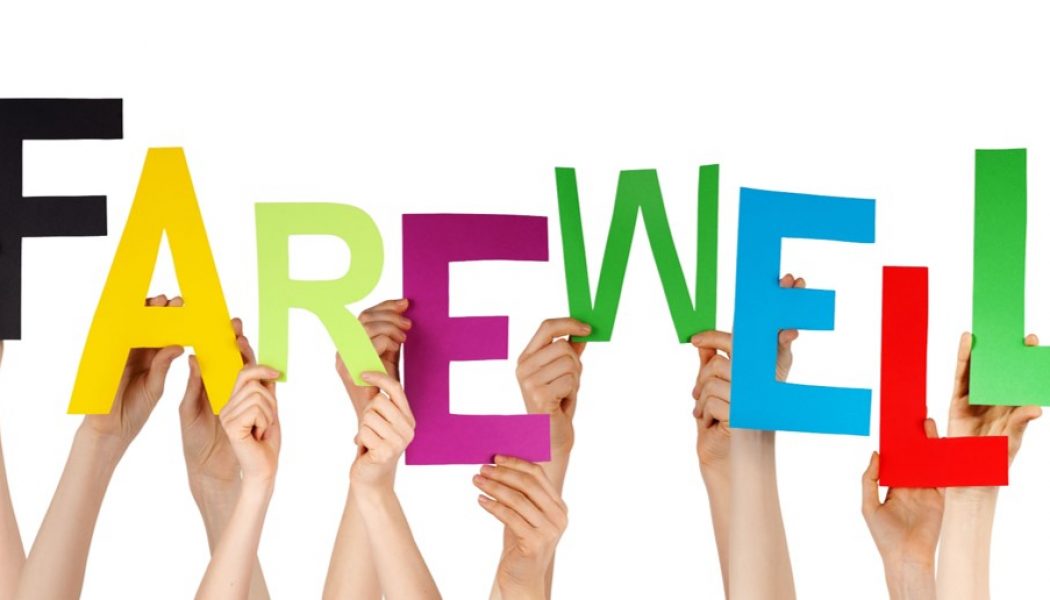 Goodbyes are always sad affairs, and we have four to report on this occasion.

Our Interim Executive Directors, Bridget Gaudette and Courtney Heard have left to form their own organization for helping atheists, and we wish them all the best and every success in their new venture. We extend our heartfelt thanks for the skills and creative ideas that they provided over the recent weeks. The nature of interim positions is necessarily brief, but they certainly made an impact while they were with us.

The process for appointing a permanent ED is well underway with more than a dozen applications having been received, and the shortlist is currently being determined. We anticipate having the new occupant in post before the AGM scheduled for the end of May.

Regretfully, we also have to bid farewell to our Social Media guru, Rosi Guastella, who departs to enjoy a quieter life. Managing online platforms can be a demanding and thankless task with its voracious appetite for innovative content and a constant need to monitor the knee-jerk comments and wild assumptions of malicious respondents. So we send a great many thanks to Rosi for her efforts at maintaining a public face suitable for a respectable international organization.

Our biggest send-off though must be reserved for Gail Miller, the President who supervised the nurturing of AAI from the somewhat dilapidated affair that it was three years ago to the robust organization that it is today. It is thanks to her, aided by VP Bill Flavell, that we have grown into a global force for secularism with affiliated associations and campaigns in many countries and a growing membership and funding stream.

Regular readers will know that, during my Presidency, we’ve achieved worthy campaigns in several countries where, previously, we had little or no presence. We also have a growing list of affiliated organizations, more individual members and an improved funding stream. We now employ an Executive Director to manage our expanding day to day business of combating the attempts of the religious to assert their ‘godly’ control over the non-believing population.

I’m particularly proud of the fact that we are taking a State Governor to Nigeria’s Higher Court for the unconstitutional allocation of public funds to a religious purpose and that we are putting a proposal for consultation to the United Nations for a Right to be Secular Bill. Global attention-grabbing campaigns like these are long term ventures with their own dedicated leadership on our Board and will not be affected by my departure.

All in all, I’m confident that we are now back on a very sound footing with a well-planned strategy for continuing our mission to promote secularism and normalize atheism.

However, it has been an eventful and strenuous three years reviving AAI; indeed, it has become increasingly demanding as our organization has grown so, quite frankly, I need a rest!

I shall miss those convivial times we had in face to face meetings around meal tables, but I’m comforted by the knowledge that I leave AAI in good shape with a talented team well capable of continuing the progress towards our vision of a secular world.“

Nobody seems to know who first said it, but captaining a ship of atheists is a bit like trying to ‘herd cats’. Gail showed herself to be incredibly gifted at this almost impossible job so we are deeply indebted to her for steady leadership throughout some eventful times. She takes away with her our sincere respect and best wishes for the future. We will always be her friends.

Our UN representative, Howard Burman, has been appointed Interim President pending the election of Officers by the new Board after the AGM.