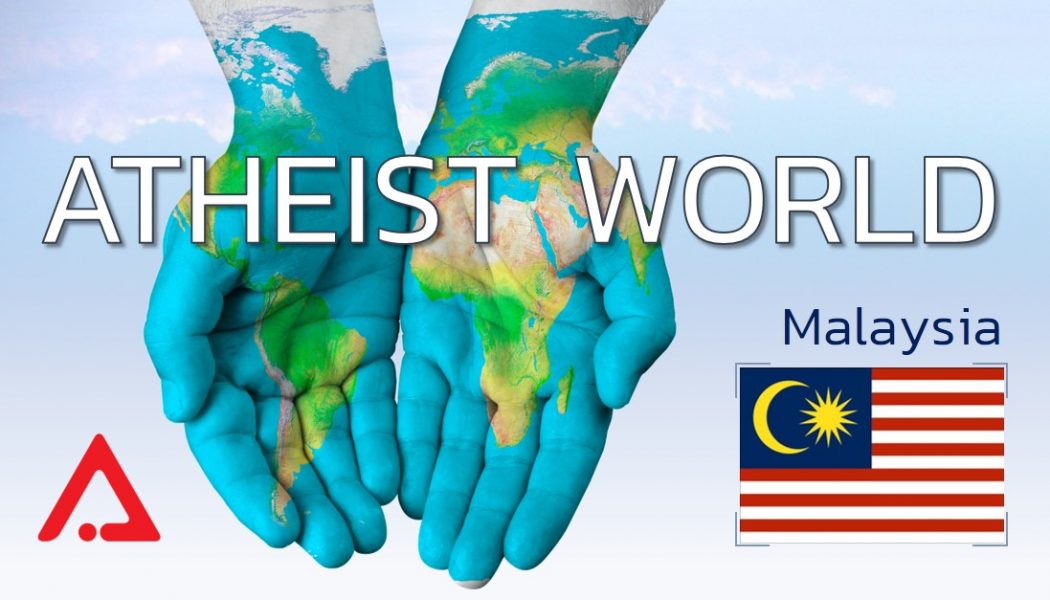 Hunt down those atheists!

In August 2017 the Malaysian group known as the Atheist Republic Consulate of Kuala Lumpur, held its annual gathering. One member declared, “It was such a blast! Atheists from all walks of life came to meet one another, some for the very first time… each sharing their stories and forming new friendships that hopefully will last a lifetime! We rock!”

But Malaysia’s deputy minister in charge of religious affairs, Asyraf Wajdi Dusuki, took a very different view, “We need to determine whether any Muslims attended the gathering and whether they are involved in spreading such views, which can jeopardize the aqidah [faith] of Muslims.”

When the group published a photo of the young atheists ‘having a blast’, it went viral. Malaysian officials were not pleased.

Malaysian parliamentarian, Datuk Seri Shahidan Kassim, called for atheists to be hunted down. “The Federal Constitution does not mention atheists. It goes against the Constitution and human rights… I suggest that we hunt them down vehemently and we ask for help to identify these groups.”

The photo sparked an uproar leading to threats of death and violence against the group on social media.

Atheist Republic’s founder, Armin Navabi, argued Atheist Republic Consulate gatherings caused no harm to the public and were not considered a threat in other countries. “They [Atheists] are treated like criminals. They are just hanging out and meeting other atheists. Who are they harming?!” he said in a post on his Facebook account.

Freedom of religion, despite being guaranteed in the constitution, faces many restrictions in Malaysia as the country continues its shift towards a more conservative style of Islam, the majority religion. A bill to increase the punishments that can be imposed by state courts remains pending in parliament. In 2017 one state passed legislation to permit Sharia courts to order public canings.

Despite the United Nation’s Human Rights Committee’s declaration that no one can be compelled to reveal his “thoughts or adherence to a religion or belief,” every Malaysian citizen over the age of 12 is, at all times, required to carry an identification card stating the bearer’s religion.

Children born to Muslim parents are Muslims. Always and forever. Courts hand down punishments ranging from fines to imprisonment on Muslims who convert to other religions or to become atheists. Muslims are free to convert non-Muslims to Islam but it is a felony for non-Muslims to attempt to convert Muslims. A non-Muslim who wishes to marry a Muslim must first convert to Islam.

Compared to some Muslim controlled countries, Malaysia offers a degree of freedom to non-Muslims… unless they’re non-believers.

State agencies openly incite hatred against atheists. They are barred from many public offices. They may be prohibited from holding land and often face significant social marginalization or stigma if they express anything remotely associated with atheistic ideas. Religious instruction is regularly taught in state-funded schools with no secular alternatives.

The Diplomat, a current-affairs magazine, recently ran an article titled Intolerance Rising: Atheists at Risk in Malaysia in which they quote a woman who, for obvious reasons, goes unnamed. She is a social worker who hosts clandestine meetings with others who have left Islam – “Our own little group,” she calls it. They come together for BBQ’s at her house or a park, to meet like-minded Malaysians and share stories and experiences.

She stressed her atheist meetings remain secretive to protect the closeted atheists. The group is careful who they invite. They rely on close friends to vet potential members.

“It’s like a support group,” she said. “It’s like an escape for them, to meet with others who have the same kind of ideology. We hear of what has happened in Bangladesh, so we do have fear,” she added, referring to atheist Bangladeshi bloggers murdered by Islamic fundamentalists. “Death threats online and over the phone are common. If you’re a woman, it’s even worse.”

While there is no federal law against apostasy, Malaysian states have tried to implement death-for-apostasy laws, claims Bob Churchill, director of communications at the International Humanist and Ethical Union. And these “Contribute to marginalizing and intimidating people who otherwise might come out as non-religious.” Of more immediate concern, he says are other ways to prosecute atheists, such as for hurting religious sentiments, blasphemy and proselytizing to Muslims. The atheist meetup in Kuala Lumpur wasn’t doing any of these things, he insists.

A young administrator for the Atheist Republic Malaysia page, who does not publish his name, is worried that secular aspects of law in Malaysia are fading away.

He was raised in a moderate Islamic family that did not require him to pray. Even so, his moderate Muslim father one day casually mentioned to him that apostates should be killed. He has kept quiet about his atheism. “I don’t think he would kill me,” the young man said. “We are moving further from secularism. But at the same time, there is a blooming population of atheists.”

Eventually, he was able to find a few friends who opened up to him about wanting to leave Islam. “If Muslims knew more atheists they would have a different mindset,” he said.