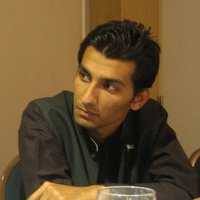 The Additional Session Court of Multan, Pakistan ruled against Junaid Hafeez yesterday and sentenced him to death.

Junaid Hafeez, is a Pakistani university lecturer accused of Blasphemy. Junaid was arrested in 2013 and has been detained in solitary confinement for nearly seven years now.

In 2012 Bahauddin Zakariya University (BZU) advertised a vacancy in its English Department. Junaid applied for the job to advance his career but internal & external elements sought to prevent his hiring because of his liberal attitudes.

A propaganda campaign was initiated against him and members of religious students groups distributed pamphlets accusing him of blasphemy. The student union incited hate against him. There was a demand to expel him and revoke his employment contract.

The death sentence was rendered under article 295 A of the Pakistan Penal Code, which covers malicious and deliberate acts intended to outrage religious feelings of any class by insulting its religion or religious beliefs and under article 295 B which covers “desecrating of Holy Quran”. The court sentenced Junaid Hafeez to death and a fine of Rs. 500,000. The court states in its verdict that he shall be hanged by the neck until death.

He was also sentenced to life imprisonment under Article 295 (C), which penalizes “use of derogatory remarks in respect of the Holy Prophet”.

We might note that the Quran, according to “Surat Al-Hijr”, states that Allah will guard his religion and his revelations. So Muslims shouldn’t have to worry about protecting Islam—they should trust their god’s promises. But Muslim anxiety seems to be worsening day by day resulting in accusations of innocent people.

In Pakistan, people cannot exercise their right of free speech and have no right to choose their religion. If you’re registered as a Muslim you are not allowed to convert or renounce Islam.

It is the duty of a state to guarantee human rights and states should take effective measures so people can freely exercise their fundamental rights. But it seems that, in the case of Pakistan, the state itself is involved in suppressing basic human rights.

In Pakistan blasphemy is a very sensitive topic. It only takes an unproven allegation for a gathering of people to become a violent mob and a person can be killed on the street. There are cases when the blasphemy laws are used to settle grudges and belonging to a non-Muslim religion can make anyone a target for a blasphemy accusation.

The Pakistan Penal Code lists 27 offenses that are punishable by death. In 2015, the Minister of State for Interior Muhammad Baligh Rahman said there were 6,016 death row inmates in the country.

Pakistan has a poor record of respecting the human rights of prisoners. Families report that they are not given access to their loved ones. People accused of blasphemy are kept in solitary confinement because of the risk of attack by other prisoners.

Incipient religious violence in the country makes it hard to find a lawyer prepared to represent people accused of blasphemy. This was the case for Junaid Hafeez. His first lawyer stepped down and excused himself from the case because of death threats. His second lawyer, named Rashid Reham, was shot dead in 2014.

Although Junaid Hafeez has the right to appeal. If he appeals, his case will go to the Lahore High court and after that the Supreme court of Pakistan. But justice in Pakistan is rarely swift and he already spent nearly seven years behind bars. So, whatever happens, Junaid will be in prison for many years. How many years exactly? No one knows because It is still hard for Pakistan to understand the meaning of “Justice delayed is justice denied”.

Please consider donating to Atheist Alliance International to enable us to continue to address situations like this. Click here.