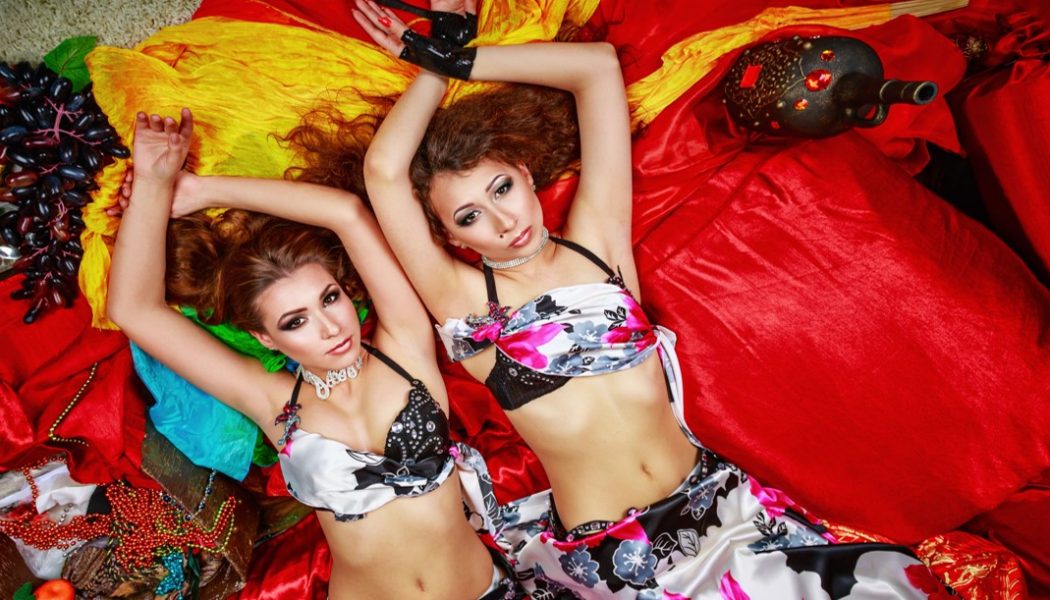 A close look at Islamic Paradise reveals much about the religion. Islamic Paradise was designed to appeal to poor men living in the harsh conditions of Arabia—sweltering heat, limited choice of food and scarce water, sometimes with only a tent to live in.

Paradise offers these men the things they would have dreamed about.

Unlimited sex: A man has his own harem of ever-willing, dark-eyed virgins (72 of them according to Muhammad in Hadith Al-Tirmidhi). The girls will be under lock and key so no other man can have them. There is no harem of virile young men for the wives but the wives do have servants. The number of servants is unclear but could be up to 80,000 (also according to Al-Tirmidhi). The husband is entitled to have sex with any of the servants too and is promised an erection that will never subside. And, if all this exertion should make him sweat, his sweat will smell like perfume.

Unlimited, delicious food: Paradise will have rivers of water, milk and honey. There will be gardens with plentiful fruits, especially the delicious and scarce dates and figs. There will be sumptuous banquets where every dish will have a new taste. It will be possible to drink unlimited quantities of wine without becoming intoxicated.

Tranquil environment: Residents in Paradise will live in huge palaces made from gold, silver and pearls with lofty gardens, scented fountains and cool, shady valleys. Mountains will be made of musk and valleys of pearl and ruby.

Enormous riches: Everyone will have luxurious robes, precious jewelry and exquisite perfumes. People will lay on couches embedded with precious stones and gold and will eat from priceless vessels.

Quite apart from the practicality of these promises, does anyone really think this is what humans need to be happy? Islamic Paradise sounds more like hell to me. We have learned a lot over the past 1,400 years about what really makes people happy—and it’s not over-eating and over-indulging in sex. It is not even great wealth—there are plenty of examples of rich unhappy people.

Being guaranteed the essentials of life is important. But this does not make people happy, it only removes anxiety, fear and misery. People become happy when they feel valued, respected and loved; when they feel they are treated fairly, when they live with people they respect and trust, and when they are able to contribute something to the community.

People need foundational stability but with entertainment, diversion and novelty.

Islamic Paradise reflects its origins. It was designed to appeal to people who lacked the essentials of life and it worked from the premise that giving people an abundance of the things they lacked would make them happy. But it doesn’t. We now know that a man with more than enough money is not necessarily happier than a man with just enough money.

The Islamic afterlife project is fundamentally flawed which, combined with Islamic hell, shows it to be a crude carrot-and-stick mechanism to encourage the faithful to behave as the authors of the religion wanted.

You didn’t think it was real, did you?