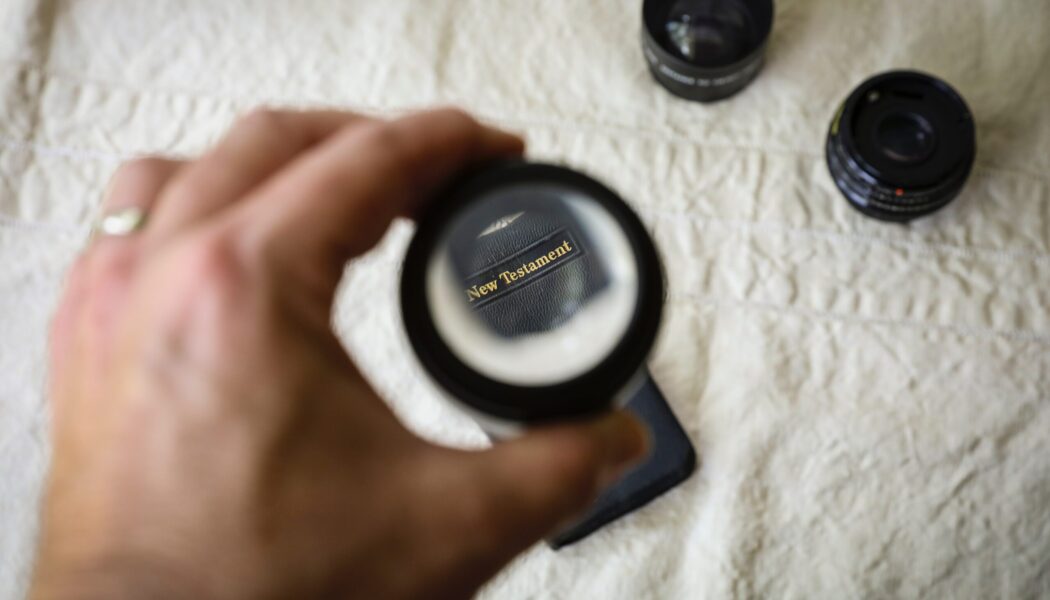 I am here to talk about the fundamentally illogical nature of Christianity. Christianity has always been considered a bit wacky.  In the second century, the philosopher, Celsus, wrote:

But we must examine this question whether anyone who really died ever rose again with the same body . . . But who saw this? A hysterical female, as you say, and perhaps some other one of those who were deluded by the same sorcery…or, which is more likely, wanted to impress others by telling this fantastic tale, and so by this cock-and-bull story to provide a chance for other beggars.

And the second-century satirist, Lucian, wrote:

The poor wretches have convinced themselves, first and foremost, that they are going to be immortal and live for all time, in consequence of which they despise death and even willingly give themselves into custody; most of them. Furthermore, their first lawgiver persuaded them that they are all brothers of one another after they have transgressed once for all by denying the Greek gods and by worshipping that impaled philosopher himself and living under his laws.

Two related issues spring to mind regarding the basis of Christianity:

1. Why would God need to incarnate himself as a human, only to sacrifice himself to himself to forgive his own creation?

2. Why the need for a sacrifice in the first place? This practice derives from ancient superstitions and the Jews slaughter of lambs at the temple for atonement.

The entire basis of Christianity from this perspective is illogical.  However, there are a couple of key points to the evolution of Christianity that must be understood:

1. The original end-times ministry of Jesus.

2. How Paul changed the basic Christian premise to belief in the sacrifice and resurrection of Jesus, which was also imminently end-times based.

Centuries before the rise of Christianity, Greek philosophers began using logic to try and understand the natural world from an empirical, not supernatural, perspective. They created the tradition in which Celsus and Lucian could express their scorn for blind faith. But following the ascendancy of Christianity to power in the Roman Empire, around the time of Emperor Justinian (mid-500s) and Pope Gregory the Great (600), philosophy, secular learning—and logic—ground to a halt for centuries.

Archbishop of Constantinople in the 300s, John Chrysostom, said:

Restrain our own reasoning, and empty our mind of secular learning, in order to provide a mind swept clear for the reception of divine words.

Bertrand Russell writes in A History of Western Philosophy:

It is strange that the last men of intellectual eminence before the dark ages were concerned, not with saving civilization or expelling the barbarians or reforming the abuses of the administration, but with preaching the merit of virginity and the damnation of unbaptized infants. Seeing that these were the preoccupations that the Church handed on to the converted barbarians, it is no wonder that the succeeding age surpassed almost all other fully historical periods in cruelty and superstition.

Science wasn’t completely dead during the Middle Ages, and several developments were made by the scholars of the church, such as Peter Abelard, one of the most influential thinkers shortly before the advent of universities at the beginning of the 1200s—which evolved from Cathedral schools created by Charlemagne to train priests and administrators of the Holy Roman Empire.

Abelard made significant contributions to logic in dealing with the problem of universals: as everything must be defined through words, he formulated the premise of conceptualism, in which he showed that language was insufficient for adequately defining the truth of things. British philosopher Anthony Kenny, goes so far as to claim (A New History of Western Philosophy 2010, 354) that Abelard was a superior logician to Aristotle.

Later, others such as Robert Grosseteste and Roger Bacon advanced the study of optics and laid the early ground for the scientific method, and William of Ockham, famous for his razor. William of Ockham, a Franciscan friar, is considered one of the most significant contributors to the advancement of knowledge in the medieval period, who wrote in the preface to his Summa of Logic:

For logic is the most useful tool of all the arts. Without it no science can be fully known.

These men reopened the door to critical thinking, and with the socio-political changes fueled by the Renaissance, Reformation, and the Enlightenment, philosophy, logic and reason gained ground rapidly at the expense of religious authority we bear witness to today.

During the rapidly changing society of the nineteenth-century Industrial Revolution, a new sect was born: evangelicalism. Evangelicals put their certainty into the unchanging and unerring literal truth of the bible to stave off their fears of the changing society: which is wholly illogical.

Given the end-times nature of Christianity, it might not be surprising to learn, then, that American evangelicals support the state of Israel. But why, is a different story: because evangelicals see the recreation of Israel as the prelude to the second coming of Jesus. Jerry Falwell referred to the 1948 creation of the state of Israel as “the greatest . . . single sign indicating the imminent return of Jesus Christ.”

From this perspective, it is easy to see how Christianity is primarily a death cult: each generation eagerly awaits the end-times and the slaughter of billions of unbelievers. Here we also see tangible evidence of how logic escapes evangelical Christians; including their insistence on Young-Earth creationism. These are the people in the US who want to control school boards, elect presidents, and stack the supreme court with zealots who share their twisted vision of society.

This is hardly an enlightened and logical faith. And a religion to which hundreds of millions of highly educated adults subscribe and willingly subjugate their critical thinking skills. Let’s hope the next generation is more logical and freethinking.

While evangelicalism was growing in the nineteenth century, simultaneously, German scholars were going in the opposite direction and began unraveling the apocalyptic passages in the Bible.

In 1876, Wellhausen formulated the Documentary Hypothesis of the four core sources of the Bible: Yahwist (southern tradition), Elohist (northern), Deuteronomist (Josiah’s reforms),  Priestly (post-exile). In 1892, Weiss decrypted the Kingdom of God passages as inherently apocalyptic. And tying it all together, was Albert Schweitzer in 1906 with The Quest of the Historical Jesus who postulated that Jesus was an End-Times preacher entirely concerned for events in his lifetime.

Few authors in modern times can be said to have redirected the course of an entire field of study.

In his later book Jesus, Interrupted, Ehrman commented on this redirection of New Testament scholarship, writing:

Yet such views of the Bible are virtually unknown among the population at large. . . . As a result, not only are most Americans (increasingly) ignorant of the contents of the Bible, but they are almost completely in the dark about what scholars have been saying about the Bible for the past two centuries.

Reinforcing Ehrman’s point on the ignorance of the general public, Dan Dennett wrote in his 2010 paper Preachers Who Are Not Believers:

Whatever their initial response to these unsettling revelations, the cat was out of the bag and both liberals and literals discerned the need to conceal their knowledge about the history of Christianity from their congregations.

And the recently deceased Oxford scholar, Géza Vermes, summed up what all this new scholarship, logically applied, would mean to Christianity:

Yet on reading the original message, thinking and honest members of the various Christian faiths may (should?) feel the need for a thorough reexamination of the fundamentals of their belief, ethics and piety, a reconsideration which may demand a complete doctrinal restructuring, a new ‘reformation.’