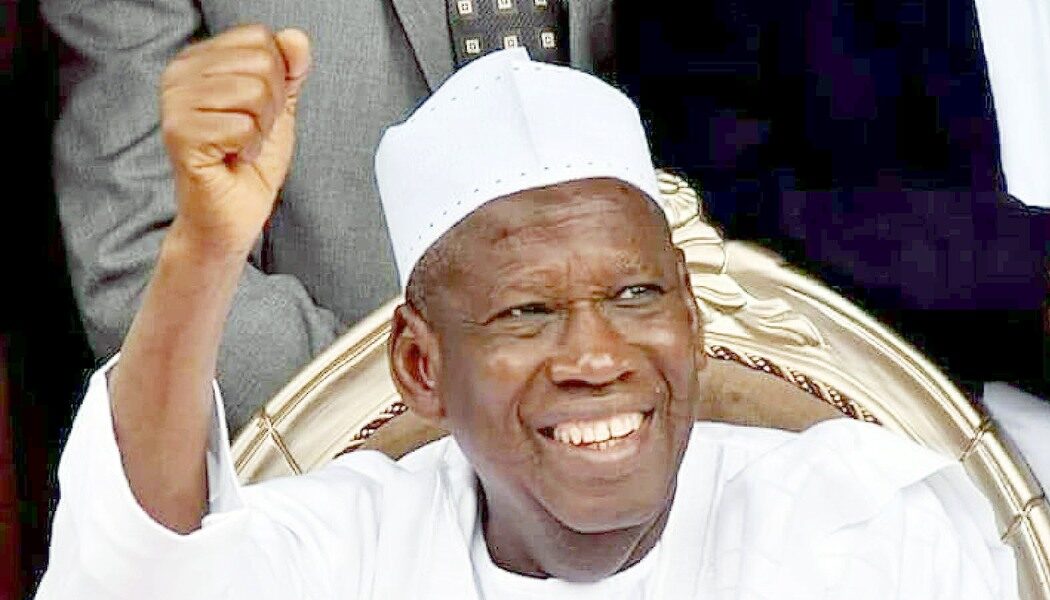 Today, East Carolina University announced they are honoring Abdullahi Umar Ganduje, the Governor of Kano State, Nigeria with a visiting professorship. Ganduje, you will remember, presided over the egregious mistreatment of Mubarak Bala and said he wouldn’t waste a minute to sign the execution warrant for singer Yahaya Sharif-Aminu for the “offense” of blasphemy. This is surely one of the most inappropriate awards in recent memory. Consequently, I have written to senior academics at the university to protest. My letter is reproduced below.

If you feel strongly about this too, please add your voice to the protest. I wrote to Dr. Ron Mitchelson, Provost and Senior Vice-Chancellor (email: mitchelsonr@ecu.edu); Paul Schwager, Dean of the College of Business (email: schwagerp@ecu.edu) and the Associate Professor who signed the announcement, Victor Mbarika (email: mbarikav20@ecu.edu).

I read with sadness and dismay that the distinguished East Carolina University has appointed the Governor of Kano State, Nigeria, Abdullahi Umar Ganduje, to the position of Senior Mentoring Scholar and Visiting Full Professor of E-Governance and International Affairs.

Is the university unaware of the case of Mubarak Bala? Mr. Bala, who is the President of the Humanist Association of Nigeria, was arrested on April 28 and detained in Kano following a complaint about an article he posted on his Facebook page. Mubarak is still detained. He was not permitted to see his lawyers for five months and he has not been charged. For the great majority of this time, Kano officials refused to divulge Bala’s whereabouts to his lawyers or family.

Bala was transferred to a magistrate’s court for trial on November 23. His lawyers were not informed of this date but found out through unofficial channels. When they appeared in court the magistrate refused to hear the case with his lawyers present.

A fundamental rights enforcement case on behalf of Bala was filed on May 8. The Nigerian rules of conduct demand that such cases should be heard with the utmost priority but, through prevarication and delays, the case was not heard until October 19 and the Judge gave himself seven weeks, to  December 10, to announce his judgment, which should have been given on the day of the case—the state presented no defense and the facts were clear.

Kano state has violated a string of fundamental, Constitutionally guaranteed rights in detaining Bala for more than four days without charge, depriving him of personal liberty and a fair hearing, in denying him access to his lawyers and to his wife and baby. Mr. Ganduje was very well aware of this travesty of justice. He was called upon to act by the media, by human rights organizations, such as Amnesty International, and by governments, including the French and British governments. But he did nothing.

Is the university unaware of the case of Yahaya Sharif-Aminu? This young singer was accused of blasphemy because of a song he posted to some friends on WhatsApp. He was sentenced to death by a Kano court on August 10. Sharif-Aminu was held incommunicado after his arrest and was not legally represented despite facing a charge that carries a death penalty in Kano state. A few days after the sentence, awaiting the expiry of 30 days allowed for an appeal, Mr. Ganduje said, “I will not waste time to give the approval for the execution. I will not take more than few minutes to accept the verdict.”

Is the university unaware of the case of Umar Farouk, a boy reported to be 13 years of age, who was sentenced in Kano to 10 years in prison with menial labor for blasphemy, also on August 10? Farouk was not legally represented at his trial.

Is the university unaware that Section 38.1 of the Federal Constitution (the Superior Law in Nigeria) grants every citizen freedom of thought, conscience and religion, and that section 39.1 grants freedom of expression, including “including freedom to hold opinions and to receive and impart ideas and information without interference”? Governor Ganduje seeks to deny these Constitutional rights to every Muslim citizen of Kano state.

Gandule, not only seeks to deny these fundamental rights, but he seeks to ensure people are executed for exercising their rights.

Human rights lawyers have now taken up the cases of Sharif-Aminu and Farouk and have filed an appeal against their sentences. Judgments on these appeals is awaited.

Ganduje must answer for the egregious violations of human rights that have occurred under his watch. It is an affront to those who have suffered during his Governorship of Kano state to honor him with a visiting professorship.

I sincerely hope the university will reconsider this misstep that will surely provoke an angry reaction from supporters of human rights worldwide.