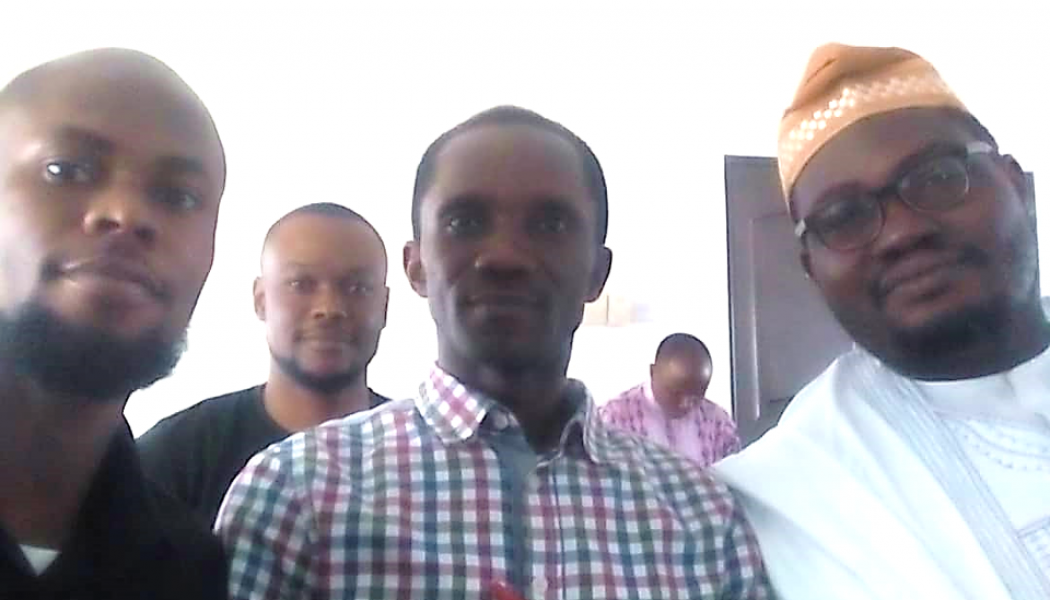 The case brought by the Atheist Society of Nigeria (ASN) against the Governor of Akwa Ibom state in Nigeria came to a conclusion on Friday, July 26th when Chief Justice Godwin Abraham handed down his judgment. The Chief Justice dismissed the case.

ASN had been warned that achieving justice in a highly religious state in Nigeria would be an uphill struggle but ASN had no choice. The Governor of Akwa Ibom State could only be sued in the Akwa Ibom High Court.

For ASN, this was no mean task. To challenge the enormous Worship Centre being built in Uyo, they were forced to travel to the High Court in Uyo, just a few miles from the construction site. The project had been loudly promoted by the state’s proudly Christian Governor, Udom Emmanuel, and the case would be presided over by the state’s devoutly Christian Chief Justice.

In a just world, none of this would matter. The judiciary would be faithfully impartial. The evidence and a proper interpretation of the Federal Constitution would win the day. But Nigeria is not a just world.

ASN will now consult with their lawyers and will consider appealing to a higher court outside of Akwa Ibom. But what happened and was ASN dealt with impartially and fairly? Read on. 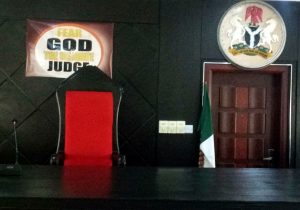 Walk into court #1 and you cannot miss the banner adorning the wall above the judge’s bench. It reads, “FEAR GOD THE ULTIMATE JUDGE”. Is that really appropriate for a judge who must treat litigants equally regardless of their belief system or lack thereof? You decide.

Proceedings were due to begin at 09:00 sharp (and those attending the court must arrive 15 minutes early or risk being denied entry). But the Chief Justice was nowhere to be seen. In fact, he did not take his seat until 12 noon. A person who knows the judge well explained that he gathers the court clerks, the court registrar and the orderly into his chambers for 90 minutes of prayers and fellowship before appearing. In the meantime, ASN representatives, the government’s representatives, press and public were forced to wait.

If legal teams arrive at court for a hearing and the defendant has failed to file his defense, it is common for the judge to grant expenses to the plaintiff’s legal team to cover their wasted journey, hotel accommodation, etc. Expenses are awarded entirely at the discretion of the judge and cannot be appealed. On the day of the first hearing (by which time the government’s team should have filed their defense but had not), ASN’s legal team, which had traveled from Lagos, requested N100,000 to cover their flights and accommodation. The judge awarded them N10,000.

Perhaps, this judge was mean? He was not. On the same day, there were three other cases against the government. The plaintiff’s lawyers were all local firms from Uyo but the judge awarded them N20,000 each. In fact, the judge refused all future requests for expenses from ASN’s lawyer for two further abortive hearings. Was this even-handed? You decide.

In Nigeria, defendants are granted 21 days to respond to a summons served upon them. It is not uncommon for defense lawyers to be late (especially in cases brought against the government) and judges have the discretion to extend the time allowed. In this case, the Chief Justice granted the defense an extraordinarily generous 160 days additional time—almost eight times the standard allowance! Was this fair? You decide.

The judge treated the government side with great generosity but ASN, not so much. ASN’s legal team flew to Uyo for three abortive hearings and were granted only N10,000 in expenses. The actual cost to ASN was in excess of N300,000. If the government’s lawyers had good reasons to be late they could have requested the hearings be deferred which would have saved ASN a great deal of time and money. But they did not—they waited until the hearing to admit they had failed to prepare their defense. Was this reasonable? You decide.

Before a judge can consider a suit against the government they must decide if the plaintiff has “standing” to bring the case (known as locus standi in legalese). In simple terms, this means the plaintiff must show two things: that they were affected by an act of the government and that they were affected in a special way compared to the ordinary man.

Since ASN is a registered national organization, they first had to show they had members resident in, or working in, Akwa Ibom. This was done by reference to two paid-up ASN members both of whom lived and worked in Akwa Ibom and both of whom appeared at some of the court hearings. The court was given two sworn affidavits as evidence to prove the status of these individuals.

The government’s defense was simple—they denied these individuals lived in Akwa Ibom and that they were members of ASN. They had not visited the addresses of these members shown on their affidavits, nor had they requested copies of ASN’s membership rolls. So the judge had to decide between an arbitrary denial from the government’s counsel and two properly-sworn affidavits from ASN’s members. The judge chose to accept the defendant’s unsupported denial. That decision was egregiously perverse and, at that point, ASN had lost their case.

Having made that decision, the judge was obliged to “strike out” the case, which he did.

When a plaintiff lacks standing, the court has no jurisdiction to consider the case. It is treated as though it never existed. But the Chief Justice went on to consider the case and concluded by dismissing it. Dismissal and striking out are two very different things. Dismissal means the court has considered the case and has found the plaintiff’s arguments invalid in law or lacking evidence. Dismissal means the plaintiff has lost the case. Why did the judge take this step in a case that was outside of the court’s jurisdiction? You decide.

In PART II, I will examine the Chief Justice’s arguments for dismissing the case.

Bill Flavell
Disclaimer: This article is my personal view of events and is not necessarily the view of the Atheist Society of Nigeria or its lawyers.