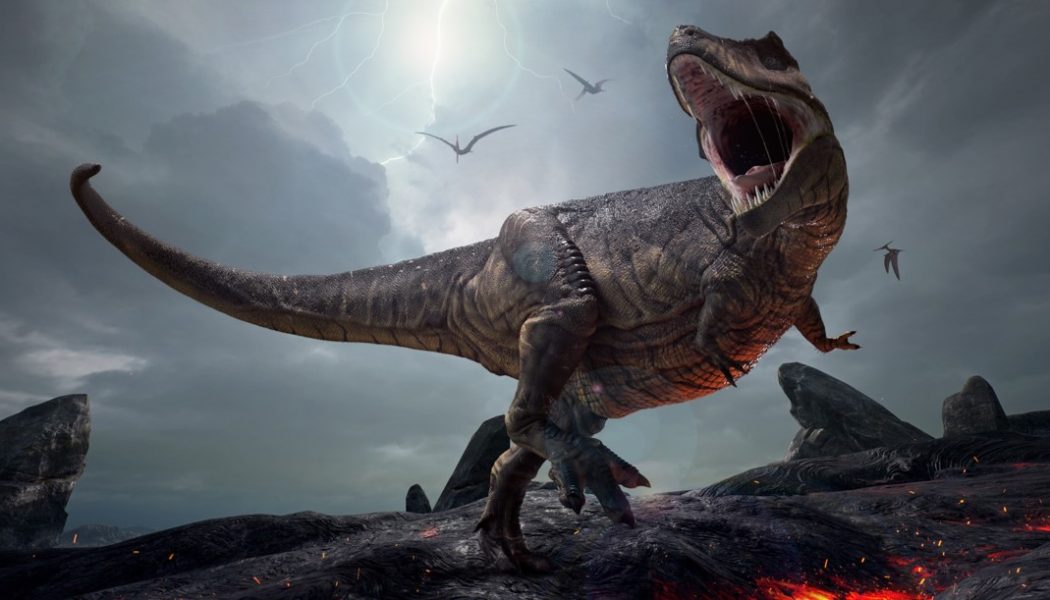 Until relatively recently, the idea that animals become extinct was unknown. Most people simply imagined that all animals have always existed as they are, and have remained unchanged since the beginning of time. The discovery of the remarkable animals we now know as dinosaurs was both shocking and fascinating in equal measure. Since the earliest dinosaur fossils were found (such as Megalosaurus), our fascination with these enigmatic animals has remained unabated

The mystery surrounding the disappearance of dinosaurs deepened as more fossils were discovered. What could possibly be responsible for the disappearance of animals that not only reigned supreme for most of their 170 million years of existence, but their fossils were found on every continent wherever Late Triassic, Jurassic, or Cretaceous rock is exposed on the Earth’s surface?  This became a subject of serious scientific inquiry for well over a century until the father-and-son team of Walter & Luis Alvarez proposed that an extra-terrestrial collision was the culprit. At the time, over 30 years ago, many thought the idea to be nonsense.

The suggestion that a cosmic impact might have triggered the extinction began with the discovery of an iridium rich layer of clay. Iridium is rare on Earth’s surface but common in space rocks. It took a long battle to convince scientists. Such an abrupt change was unheard of in an age when most geologists and paleontologists subscribed to a gradual explanation for everything that happened in the Earth’s past—a position that was known as uniformitarianism. The idea of a sudden mass extinction was strongly challenged but eventually accepted. This is how science works.

During the ‘80s and ‘90s, different fields of investigation accumulated data suggesting that a cosmic impact really did wipe out the dinosaurs. Then in 1991, researchers found evidence of a giant crater near the town of Chicxulub in Mexico, which was dated to around the same time as the mass extinction. The 110-mile wide and 12-mile deep crater was the smoking gun scientists had been waiting for.

In 2016, a team of scientists co-led by Prof Joanna Morgan of Imperial College London, headed to the Chicxulub crater to drill for direct evidence of this cataclysmic impact. Over the course of two months, they extracted core sections 10 feet at a time. In total, they collected a half-mile long slice of rock containing layers of shocked and melted rock that revealed this devastating event.

The rate at which material was re-deposited after the impact was shocking. The asteroid excavated miles of the ocean floor, vaporizing rock and water instantaneously. Shockwaves inside the crater sent solid rock flowing like liquid to form a gigantic peak, this then collapsed to form a peak ring. Slamming into the Earth at some 50,000 miles an hour, the high energy impact probably incinerated everything within a 1000-mile radius. Mexico was instantly ablaze, with shrapnel flung skyward which then plummeted back to earth, igniting wildfires further away from the impact zone. Scientists found bits of charcoal, likely created by these raging infernos.

Biomarkers from the fungal breakdown of trees also suggest a fiery apocalypse. Evidence of towering tsunamis and a curious lack of sulfur in the core of what was sulfur-rich rock. This supports the idea that the impact vaporized the rock at the impact site and released it into the atmosphere which would have wreaked havoc on the Earth’s climate, causing a global cooling by reflecting sunlight away from the planet. The effect on the climate is most likely what ended the reign of dinosaurs.

This was a very bad day for all cretaceous flora and fauna. What I find even more sobering is that there are 190 still-visible impact craters on Earth which suggests this will happen again. The February 2013 Chelyabinsk explosion in Russia was a shot across the bows, a warning we ignore at our own peril. We can be confident that there will be another Chicxulub-sized asteroid impact. Only the date is unknown.