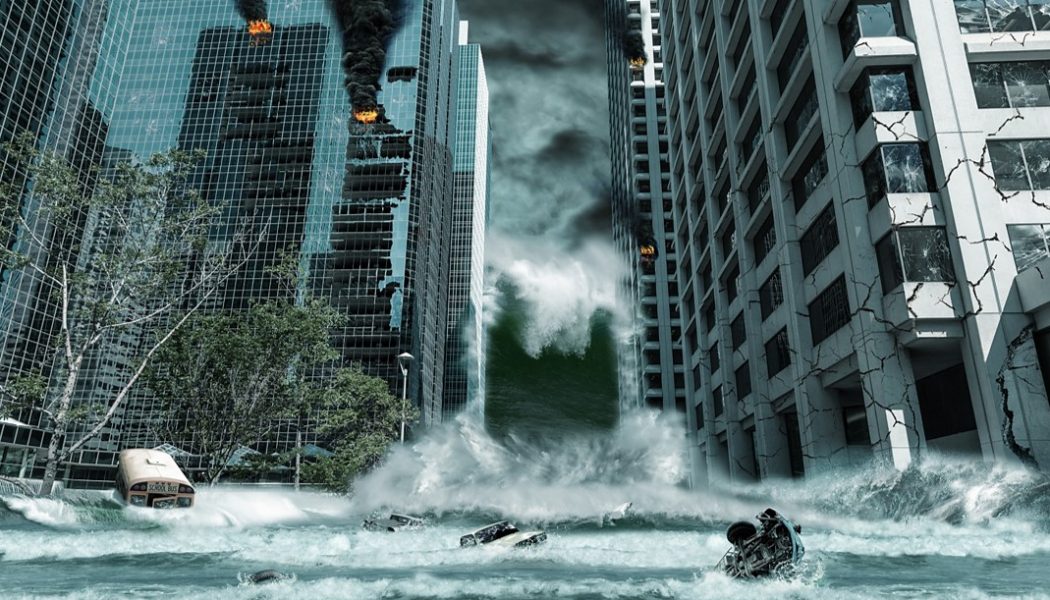 We live on an unstable giant rock hurtling around a humongous nuclear-powered furnace at 67,000 miles per hour. The rock is simultaneously spinning on its own axis so we are all subject to rotational velocities up to 1,000 miles per hour. The rock itself has a thin crust of solid matter resting on a molten core of rock, iron and other metals that are always in motion and at temperatures up to 6,000° Celsius (that’s hotter than the surface of the sun).

The rock is surrounded by a 300-mile deep layer of gasses constantly being heated by the nuclear furnace and cooled when facing away from it. This causes the gasses to move continuously. Evaporation from large bodies of water means the gases contain some 40,000,000,000,000,000 gallons of water.

The surprising thing is how tranquil this raging, dynamic system feels to us most of the time. But the tranquility is punctuated at intervals by enormous violence. It comes in the form of floods, hurricanes, earthquakes, tsunamis, volcanoes, and more. When these events occur some of us may perish, sometimes thousands of us perish.

These deaths are not meted out by God, but by physics. We cannot stop these events by holding our hands together and praying—there are no gods able to cause these disasters and none able to prevent them. The Earth kills Christians, Muslims, Jews, Hindus and atheists with equal indifference.

What we can do, is learn how to predict when such horrors will occur and find a way to escape them. With the help of super-computers, we are already quite good at predicting the course of hurricanes and can often give reasonable warning of tsunamis. But there is a lot more to learn.

For as long as we live on this planet, we will be at its mercy. The best we can do is learn enough to keep ourselves safe. We are on our own. It is much better to accept that and work on the problem than to imagine we have an invisible friend who can magically keep us safe.

His track record speaks for itself.