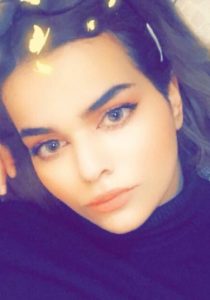 Rahaf Mohammed Alqunun’s race to freedom, coming so soon after a Saudi hit squad was dispatched to Istanbul to kill Jamal Khashoggi at the Kingdom’s Embassy, could not have been better timed. And Rahaf’s determined use of social media sealed the deal. No agency or country was willing to give Saudi Arabia the benefit of the doubt and no one wanted to be seen in the full glare of world publicity to be the one to send the young woman back to an uncertain future. So, within a few days, she secured asylum in Canada.

But this courageous women’s freedom could give a huge boost to women’s movements back in Saudi. The birthplace of Islam systematically discriminates against women and in favor of men. Saudi women do not have equal right in marriage, divorce, inheritance and dress code and are not treated equally in courts of law. Saudi, in common with other Islamic countries, permits a husband to beat his wife—an act that would be criminal assault in other countries. This is bad enough but there is another tradition that many women see as deeply pernicious—that is the male guardianship system.

Every Saudi woman is deemed to be a minor for her entire life and must be allocated a male guardian to make important decisions for her. Such decisions include marriage and divorce, travel, education (with some exceptions), employment, opening a bank account, and certain medical procedures. Her guardian is usually her father or her husband but might be an uncle or other male relative. It could even be her own son which gives rise to the possibility that a divorced women would have to seek her son’s consent to be remarried!

A social media campaign against the guardianship system has been simmering for some years but Rahaf’s freedom has given it new life and, to her credit, Rahaf has pledged to join the campaign from Canada. Right now this is a huge issue on social media. In the last few days, we’ve seen a new hashtag trending in Saudi. In English, it would read “remove the guardianship system or we’ll all migrate”.

Some of Saudi’s discriminatory laws are founded on the Qur’an but guardianship is based on ancient tribal traditions from the region. There are some 17 million women in Saudi Arabia, every one of whom is treated as a child. What a message it would send the world if male guardianship were to be completely abolished!

And what kind of country would Saudi be, with no women!