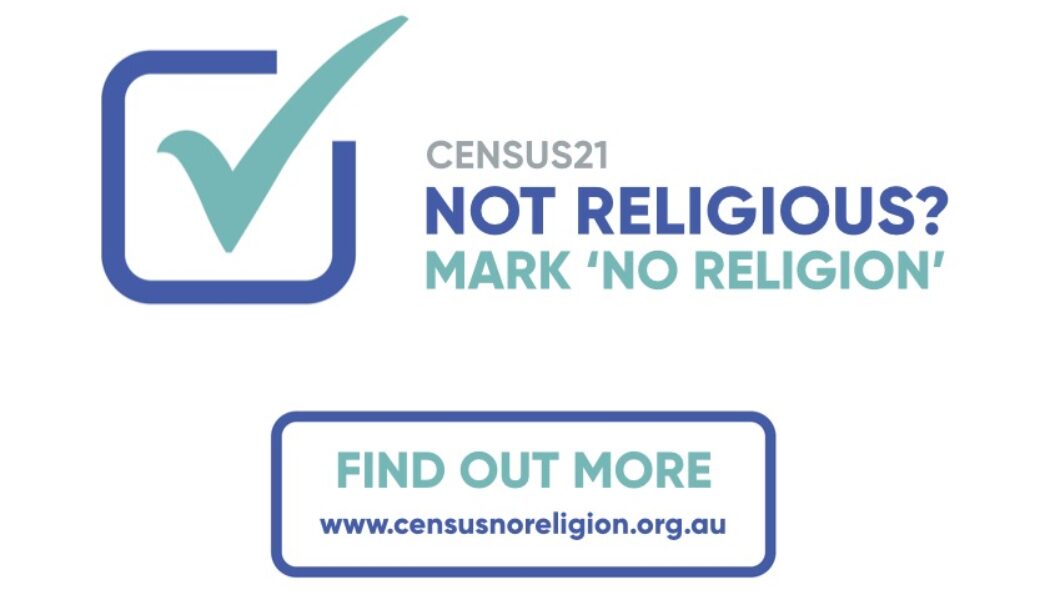 AAI supports the Census21: Not Religious? Mark ‘No Religion’ campaign in Australia.

The Australian Census is coming up on Tuesday 10 August 2021, and it’s vitally important for atheists and all freethinkers.

The current census data significantly overestimates Australia’s true religiosity. Why? Because the Religion Question in the census asks, “What is the person’s religion?” assuming, of course, that the respondent has a religion!

As a result, many people mark the religion they were born into, even if they no longer believe or have anything to do with their local religious organisation.

Why is this important? Because Census data is used by governments and many other organisations to inform policies that affect the daily lives of Australians — from funding for schools, hospitals, aged care facilities, universities, places of worship, and chaplaincy programs, to laws governing religious and non-religious freedoms, and the allocation of time on public radio and other media.
Without accurate information, religious activists can – and do – claim more support, and more resources, than they actually deserve.

This census, atheists should mark No Religion and encourage friends and family to do the same.

To learn more – including the 5 Good Reasons to mark No Religion – head over to the campaign website.